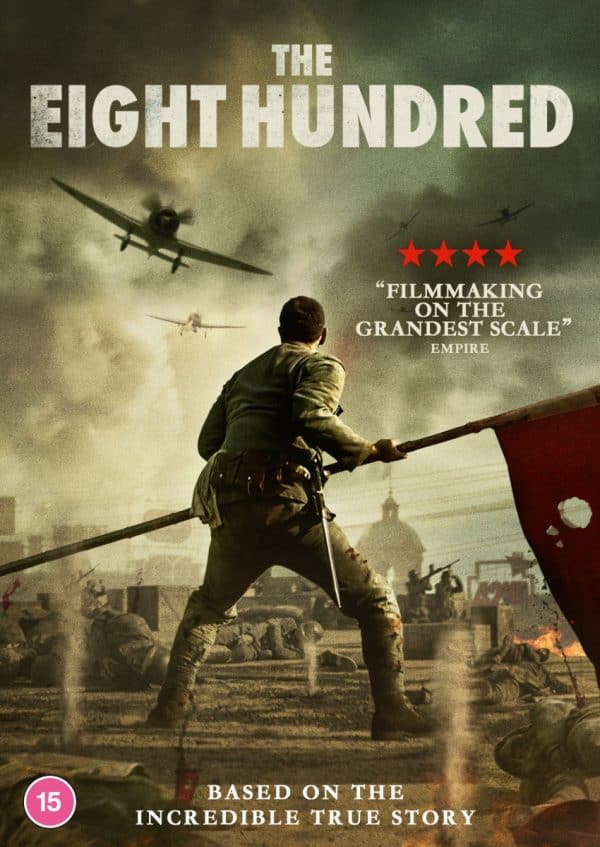 In 1937, a few hundred Chinese soldiers are tasked with defending a Shanghai warehouse from invading Japanese forces. 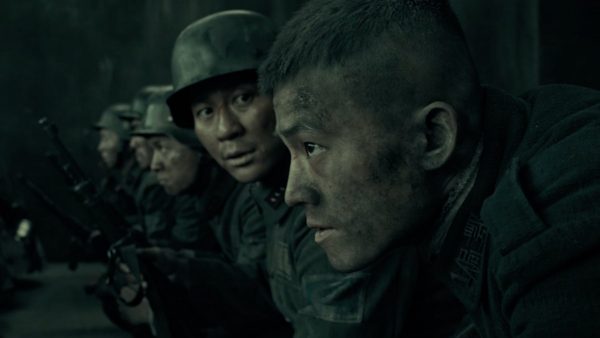 There were many strange and unusual things about 2020 but, for movie fans, one of the most noteworthy oddities was the fact that the highest-grossing film of the year was not made in Hollywood. Instead, the most financially lucrative cinema release of 2020 was Chinese war epic The Eight Hundred. With cinemas still closed on these shores for at least the next few months, Brits will have to make do with a DVD release from 22nd March and a Blu-ray/digital debut on 12th April.

With a lavish budget – by non-Hollywood standards – of $80m, it’s a truly spectacular effort from a visual perspective, certainly earning the title of “epic”. Set in 1937, it follows members of the titular group during the battle for control of Sihang Warehouse during the early days of the Second Sino-Japanese War. An underdog group of Chinese army soldiers was tasked with defending the building, in full view of observers from the West who could see the conflict from a neon-lit settlement just the other side of Shanghai’s Suzhou Creek.

Much like Christopher Nolan’s Dunkirk a few years ago, The Eight Hundred is a war movie that prioritises sweep, grandeur and mayhem over sustained character development. The movie boasts a roulette wheel of characters, but they’re never given any chance to make an impact on the audience. It’s difficult to even remember the names of these “heroes” when the credits roll, which paints rather a damning picture of how little human detail director and co-writer Guan Hu is able to sketch. 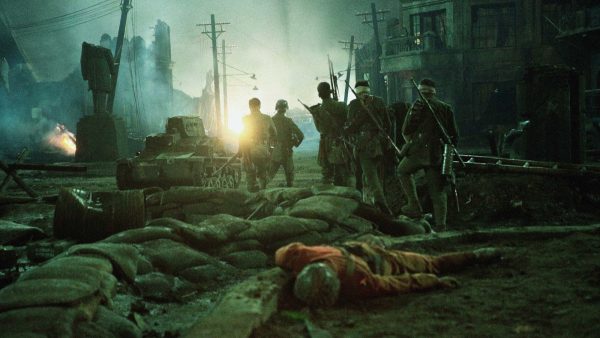 With that said, the level of filmmaking flair on show here is consistently impressive and occasionally exceptional. Every penny of the considerable budget is up there on the screen, with the blood and grime of the battlefield conveyed through intense action sequences and the juxtaposition between the grit of war and the stark, sun-soaked beauty of Cao Yu’s cinematography. The movie has a real eye for finding powerful and memorable images within the chaos of bullets tearing at flesh and blades scything through the air.

The battle scenes come thick and fast, with the movie largely eschewing the connective tissue between the melees. That’s not always a bad thing and, notably, the weakest stretch of the movie is the achingly drawn-out prelude to the final clash. It’s a maudlin assembly of scenes designed to cash in emotional chips which the movie never laid the necessary groundwork to win. When the action does come, it’s thrilling, but the movie is afflicted by a rather ponderous lack of urgency in its third act, sapped of the energy of the fast-paced first half. Excursions to visit civilians and foreign journalists watching from across the river never yield enough depth to merit the screen time they’re given.

The Eight Hundred works when it plays to its strengths, but struggles when it tries to reach for greater meaning. As striking as the images of a white horse symbolically showing up throughout the movie are, it’s something of war movie cliché and the impact is severely lessened by the hundredth time it gallops into shot. Given the significance of this real-life story in Chinese history, it’s something of a shame that, for all of its gripping cinematic flair, this movie is often a case of style over substance. 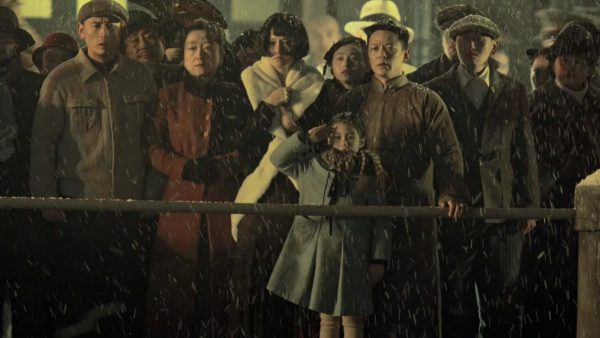