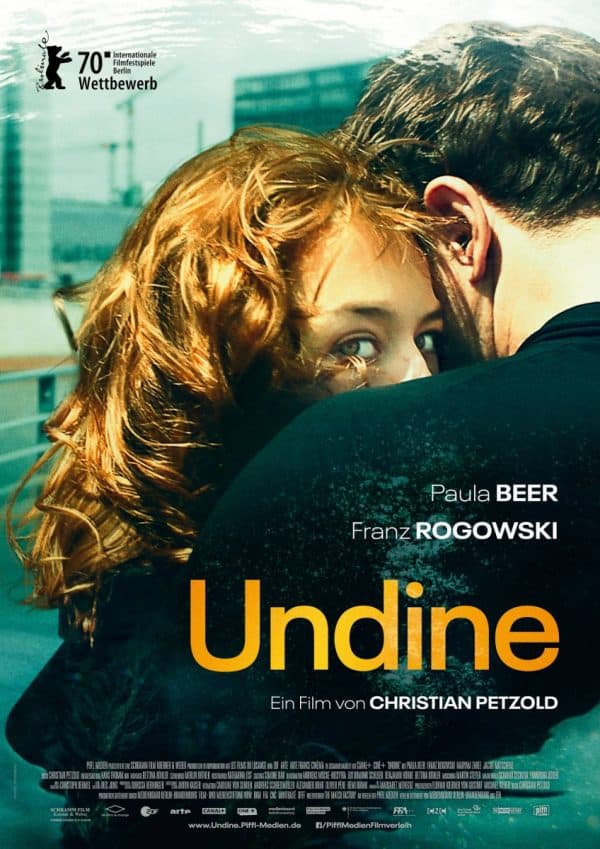 After a bizarre break-up with her previous boyfriend, a woman forms a new relationship with an industrial diver. 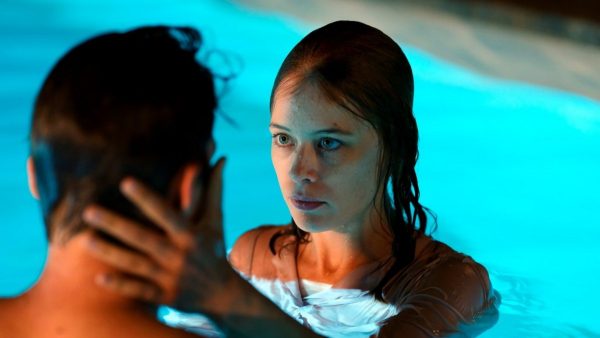 Christian Petzold is a filmmaker who thrives when his audience is slightly unbalanced. His last film Transit was an unusual and beguiling tale about refugees in limbo, which appeared to be set simultaneously during the Second World War and the modern day. There’s a similar oddity at play in the midst of Undine – an enthralling romance with an unsettling and unusual supernatural twist.

Paula Beer plays the title character, whom we meet in a tense exchange with cheating boyfriend Johannes (Jacob Matschenz). She tells him to wait for her while she carries out her job giving lectures to tourists about the history of Berlin, stating ominously: “If you leave me, I’ll have to kill you.” Johannes does disappear, but before we find out what Undine’s threat meant, she has shared a meet-cute with architecture enthusiast Christoph (Franz Rogowski). They bond when he clumsily breaks a restaurant fish tank and the duo are doused in water, glass and ornamental seaweed.

Water is a constant thread running through the film, which won’t be a surprise to anyone who’s familiar with the mythological inspiration behind the protagonist’s name. In fact, this might be the most intriguing aquatic romance since Sally Hawkins described a fish-man’s genitals in Oscar winner The Shape of Water. Christoph is an industrial diver who often crosses paths with an enormous, quasi-mythical catfish – the Moby Dick allusions don’t go any further – while Undine’s relationship with the water is considerably more unique. 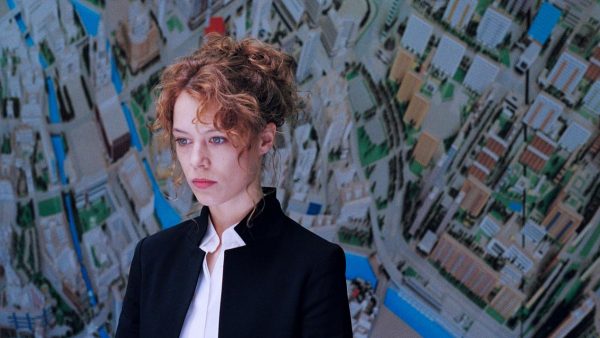 Beer and Rogowski worked together for Petzold in Transit and are equally compelling here. The former manages a complex balancing act between portraying an outwardly normal woman, while also hinting at the secrets beneath her facade. Rogowski, meanwhile, brings his weary charisma to a character whose role is little more than to be bewitched and beguiled by the title character. He’s as enthralled by her delivery of dry facts about Berlin’s city planning as he is by her sexual advances towards him.

The demands on Rogowski are enhanced as the movie leaves the confines of conventional romantic drama and moves into murkier waters for its third act. The star is comfortably up to the challenge, replacing the soaring affection of his first half turn with grief, desperation and sadness – even after a late in the day flash-forward appears to resolve many issues. When Christoph’s turmoil returns, Rogowski’s controlled performance helps to keep the movie just the right side of contrived melodrama, even as Petzold’s script threatens to fall, Vicar of Dibley-style into that deep puddle.

Viewers in search of answers to every single narrative question will be left disappointed, but there’s something delectably playful about the way the movie washes over you. It’s as much about the unknowability and unpredictability of love as it is about any sort of mythological allegory. There’s more than a little sense that Petzold is having a bit of fun at his audience’s expense too, with the constant reuse of a cheesy Bach melody passing beyond the realms of sweetness into naked trolling. 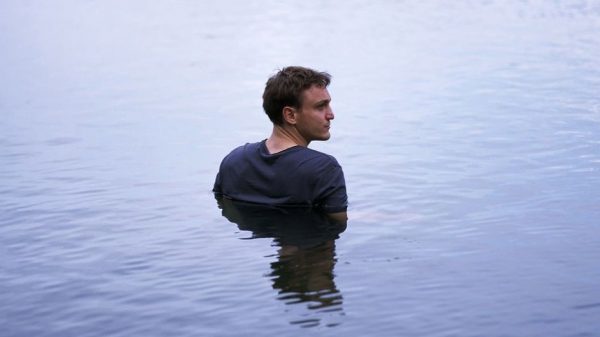 And that’s what Petzold’s fans want him to bring to the table. His movies are strange, inscrutable and full of mischief, both narratively and cinematically. In Beer and Rogowski, he has found a pairing he can return to over and over again, whether his stories have their heads in the clouds of mythology or placed in a telling allegory for modern issues. With Undine, he’s on less serious form than he has been recently, but that doesn’t mean it isn’t a sheer delight to experience.