From the DC universe to the world of wrestling, Stephen Amell has seen it all. He’s not just an actor pretending to be a wrestler either, as Amell has had a few actual pro-wrestling matches. It seems like he’s taking that experience over to his new show on Starz called Heels. 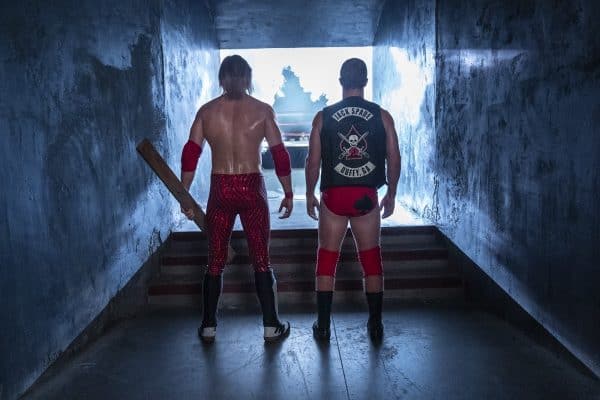 In the images from the new series released by Entertainment Weekly, we get our first look at Amell and his co-star Vikings‘ Alexander Ludwig. Amell and Ludwig are playing brothers who are trying to find themselves in the world of wrestling. That’s tough on its own but also trying to honor their father’s legacy drives the pair apart. In the images seen below and above, the Spade Brothers aren’t too thrilled to be working. 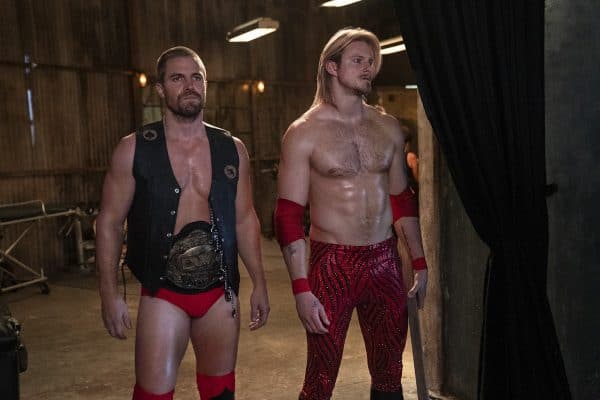 Amell has appeared in a few wrestling matches before, facing off in a WWE ring once and as part of the historical independent wrestling show All In. He’s already worked with Cody Rhodes, an executive vice-president of All Elite Wrestling, behind-the-scenes on Heels, and also teased that retired wrestler CM Punk would be featured on the show.

Please welcome @CMPunk to @HeelsSTARZ — He was a little rusty in the ring yesterday, but I assured him it was just like riding a bike. pic.twitter.com/EyoxizTKyQ

As per EW, Heels is “centered on a family-owned wrestling promotion; the Georgia-set show follows Jack Spade (Amell) and his younger brother/rival Ace (Ludwig) as they war over their late father’s legacy. In the ring, Ace is usually the hero, and Jack is his nemesis, a.k.a. the heel, but in the real world, those characters can be hard to live up to — or hard to leave behind,”