Marvel has announced that its biggest heroes are set to clash over the greatest power in the universe this June with Infinite Destinies, a new event which will be told through eight annuals before concluding in the game-changing Black Cat arc ‘Infinity Score’. Check out the official details here…

INFINITE DESTINIES will trace the current whereabouts of the Infinity Stones, some of which some of which have fallen into the hands of Marvel’s newest breakout characters. Marvel’s biggest heroes know all too well the destruction that the Infinity Stones can herald, and each part of this saga will see an iconic character clash with a rising star. 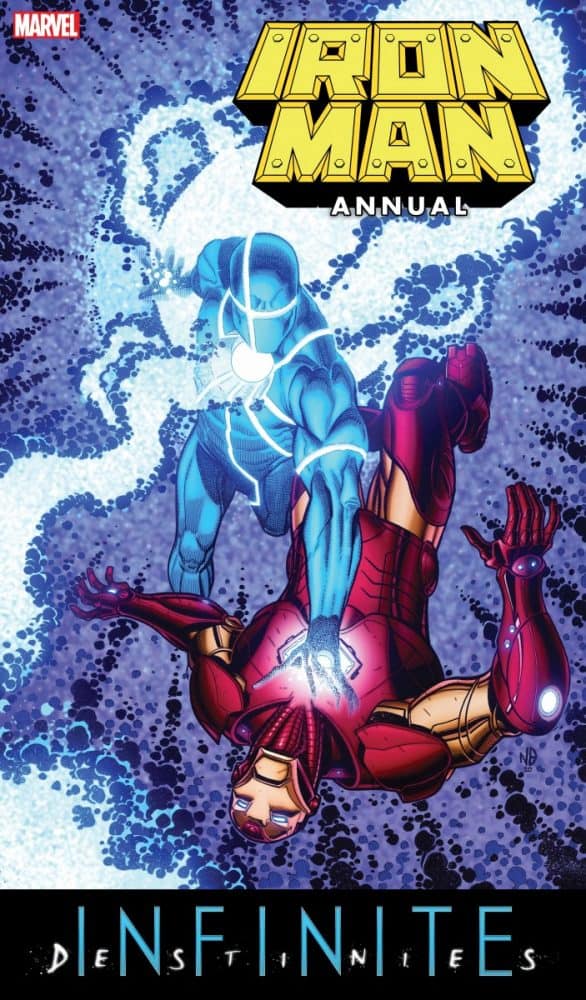 It all kicks off in IRON MAN ANNUAL #1 by writer Jed MacKay and artist Ibraim Roberson. When Iron Man learns about the strange people who kidnapped and tortured Miles Morales, he HAS to look into it. What he finds out about the Assessor and especially Quantum will shock you. Secrets are revealed in this in-depth look at some of the coolest new villains that will lay the groundwork for major future Marvel stories! 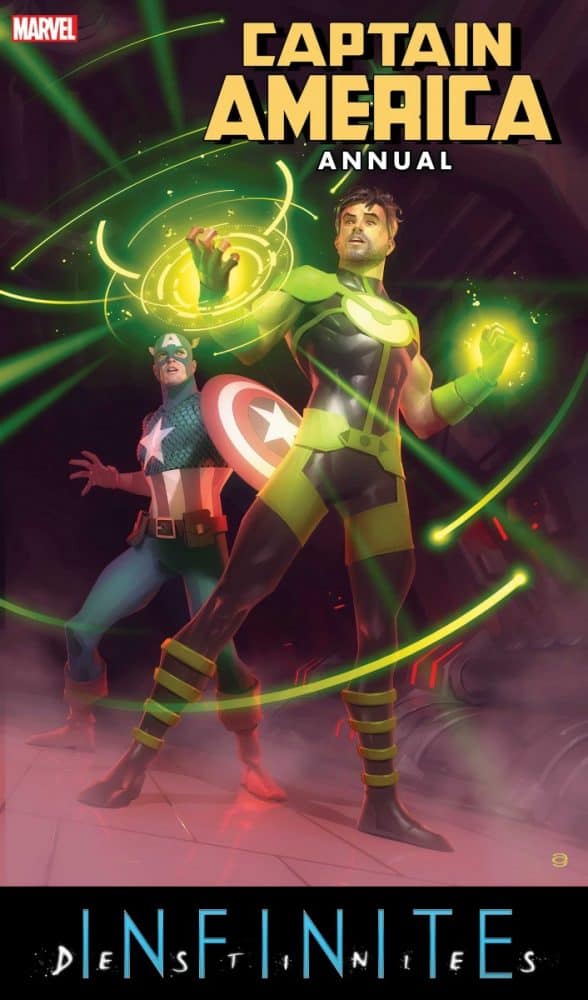 The event continues in CAPTAIN AMERICA ANNUAL #1 by writer Gerry Duggan and artist Marco Castiello. The fugitive known as Overtime broke out of death row when the Time Stone chose to bond with his soul, giving him powers he barely understood. Now, thanks to Captain America… his time is up. 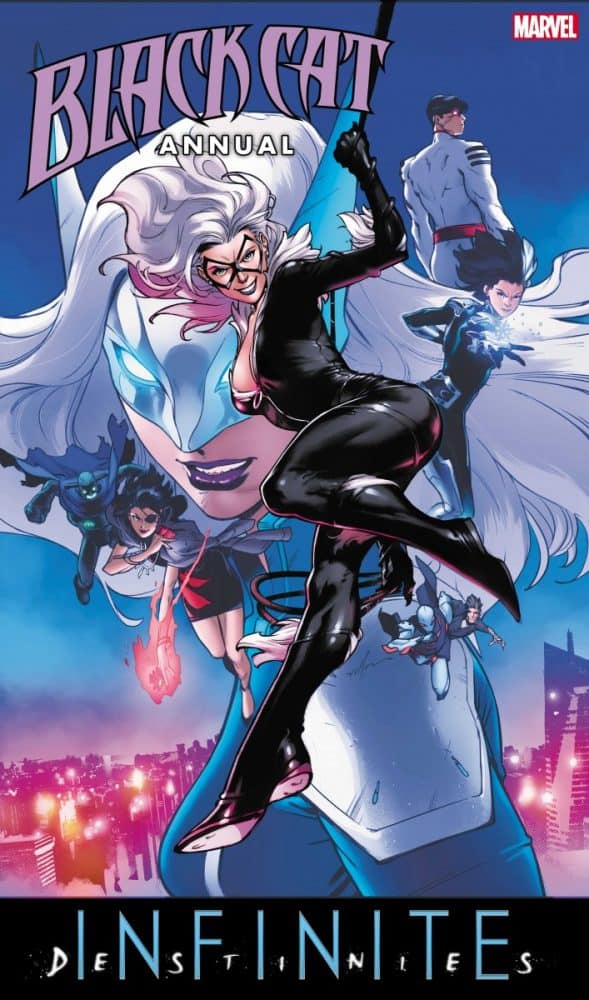 Part three will take place in BLACK CAT ANNUAL #1 by Jed MacKay and artist Joey Vazquez. Felicia Hardy’s latest caper finds herself on a deadly journey across Seoul, where she comes face to face with White Fox, Tiger Division, and the new hero who recently made his startling debut in the sold-out TASKMASTER #3: Taegukgi!

Each issue will also include a chapter of “Infinite Fury” starring the original Nick Fury. Fury’s own quest to find the current bearers of the Infinity Stones will take him all over the Marvel Universe and pit him against some very powerful people who will terrify both Fury and YOU!

“We’ve had a wave of incredible new characters over the last few years, and Infinite Destinies will shine a light on eight of them,” said Marvel Editor Nick Lowe. “We’ll discover new aspects of these heroes and villains in adventures with our most archetypal Marvel heroes.”

“It’s been exciting to work on Infinite Destinies – it’s a story that plumbs all areas of the Marvel Universe, offering something for pretty much everyone’s taste,” added Jed MacKay. “I’ve gotten to work with characters who I’ve wanted to write for ages and also keep on with some old favorites. We’re plotting a course for some exciting stories in the future, so I hope that readers enjoy it as much as we did!” 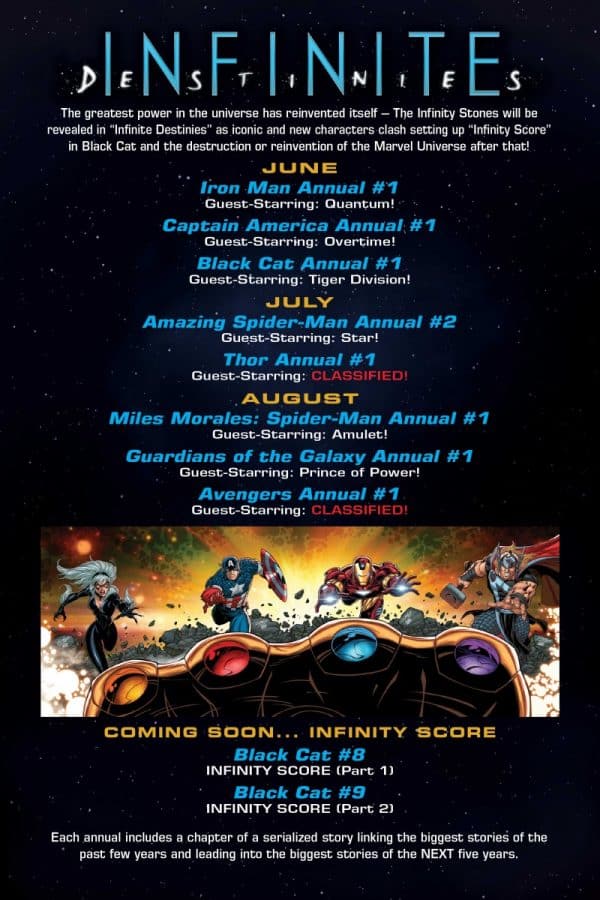