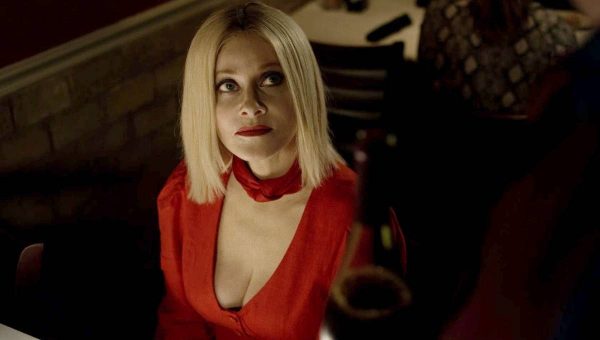 We spoke right before Jakob’s Wife premiered at SXSW, which ended up getting such a positive reaction. Was there anything you took away from that fan reception of the film? It must’ve been fun to get all that glowing praise.

You know this is a movie that, even though it’s a little bit about feminism and a little bit about marriage, it’s also a woman’s celebration of herself and what she wants. It’s about her finally attempting to dream about what she can have in her life.

So, I feel like it’s a happy movie and a celebratory movie, and I really appreciate that people took in that and the humor. Because I think after the terrible year we’ve all had, we all need some fun and we need to laugh.

I think this movie really does have a fun element, especially with your character Anne. I think maybe a top-tier Barbara Crampton character for me now. Do you feel yourself in this character, or where did you draw the inspiration for this role?

Well, I’ve been working on this movie for about five years and developing the script, and working on the story and everything. A lot of elements in the story are very Barbara and do relate to some things within my own marriage. After being a 20 year married person, a long-married person, I feel like there are little itches in there that maybe Barbara Crampton had that now also Anne has. 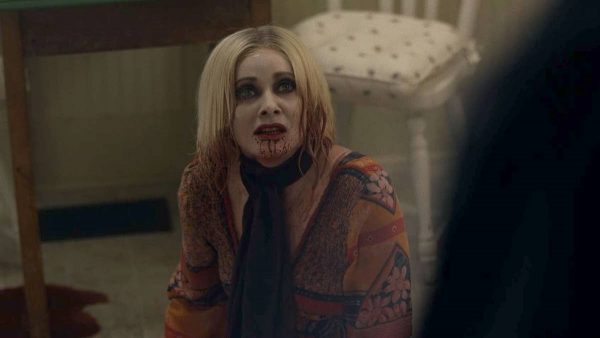 If I recall, you approached Travis Stevens with this script; what were those early conversations like? Did you know you two would connect well on a filmmaking level like this?

Well, I’ve known Travis, and he’s been a friend of mine since We Are Still Here. We talked to a few other directors, but when Travis’s movie Girl On The Third Floor came out, it was right around the time when we had to make a final decision on a director. My main producer, Bob Portal from Alliance Media Partners, and I worked on this for a number of years together. And we both individually knew Travis and worked on different films with him. So it seems like, well, this is a box we need to tick.

Immediately when we talked with him, he said that the movie spoke to him, and it spoke to him as much as it spoke to Bob and me. He expressed that he really wanted to tell the story of this woman’s certain quest for herself. It mirrored the same kind of introspection that was done in Girl on the Third Floor in many ways.

I think it spoke to him on the other spectrum, you know, from first looking at what’s going on with this man to now what’s going on with this woman. Jakob’s Wife is very much of a character piece. Even though it has a lot of blood and over-the-top special effects, it’s really about a character and marriage and their relationship. It’s also about Larry’s character, which also changes because of what happens.

I do believe that Travis really likes this type of dissecting of characters. He likes movies that have a central performance to them. So, when we talked with him, it was pretty immediate that we didn’t even need to talk about it. We just said, ‘Oh, Travis needs to direct this because he really understood the character and what she was going through and what she needed and what she wanted.’ 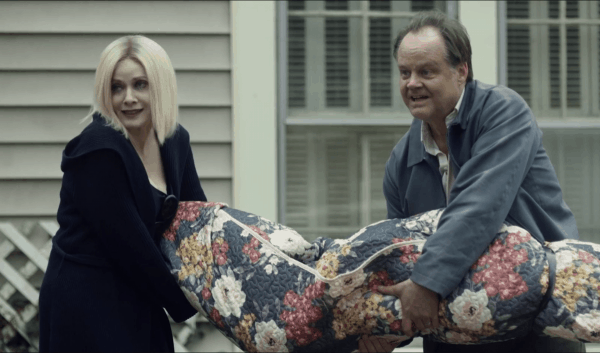 You also mentioned Larry, which is Larry Fessenden. You got the chance to work with him here. Were there any great on-set memories with him? I can only imagine you two having so many laughs.

It was every day. I mean, I can’t even point to any one particular thing, you know? Both of us shared a house together in Canton, Mississippi, where we shot the movie, this big old antebellum house. So, I had one wing, and he had another, and we’d meet in the kitchen every day. We had so much fun together.

I do recall that we made a sort of, um, blood pact if you will. We would watch each other for our more hammy moments because we both admitted to one another where we can tend to be the over actors, just because we’re having so much fun.

So, we both made a pact that we’d watch each other and say, ‘Oh, if I’m doing too much, please let me know.’ You know, even if Travis lets us go, just tell the other person, ‘maybe just do a little bit less there, Barbara or Larry.’ We were sort of monitors for one another while we were having so much fun together too.

So, one last question I have to ask. You have some amazing outfits and costumes in this film, which you’ve just tweeted about recently. Was there a look that stands out as your favorite? Uh, because you are a fashion icon for so many of us.

Oh my God. I’ve never been called a fashion icon before, so thanks for that. Dreams do come true. Well, my favorite outfit will probably surprise you because it wasn’t one of the looks that I really profiled in those pictures that I put on Twitter.

There were the last few scenes. A lot of people think I’m in black, but I’m actually in midnight blue, and it’s skin-tight blue pants and a blue bodysuit and a blue sweater with a hood and some glasses. I just loved that outfit because it’s felt to me like the Housewives version of a superhero.

There was something so bad-ass to me about that whole outfit and my boots, my big chunky, you know, shit-kicker boots. I just really felt strong, and I felt powerful. That outfit, I loved it. It was my favorite. 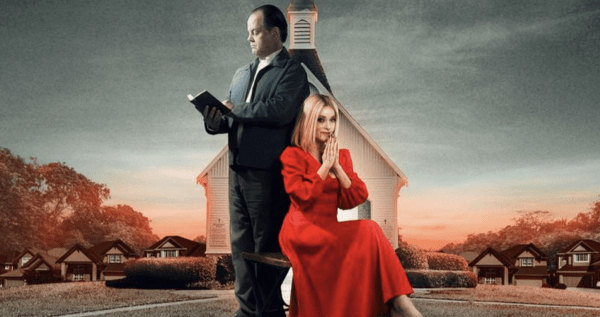 Many thanks to Barbara Crampton for taking the time for this interview.

Jakob’s Wife is in select theaters, digital and on demand from April 16th.