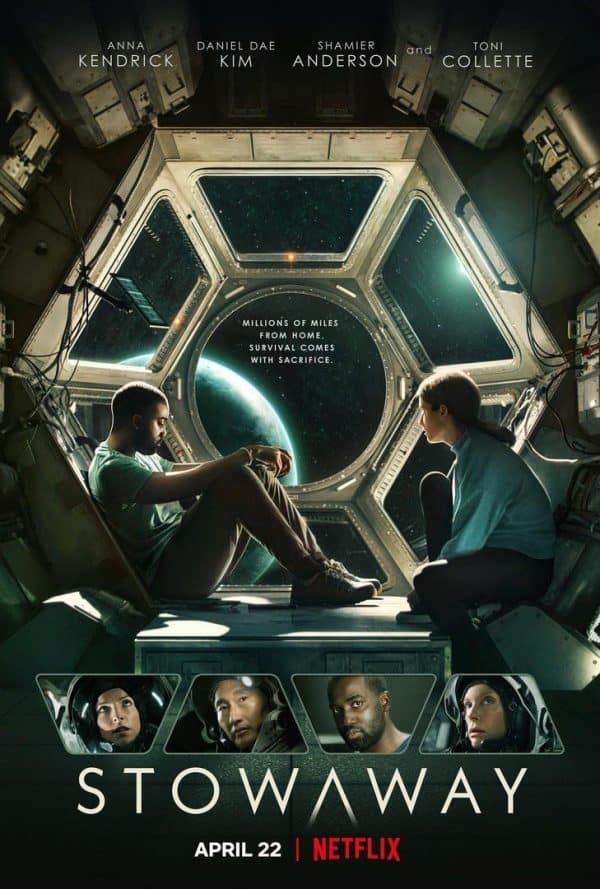 A stowaway on a mission to Mars sets off a series of unintended consequences. 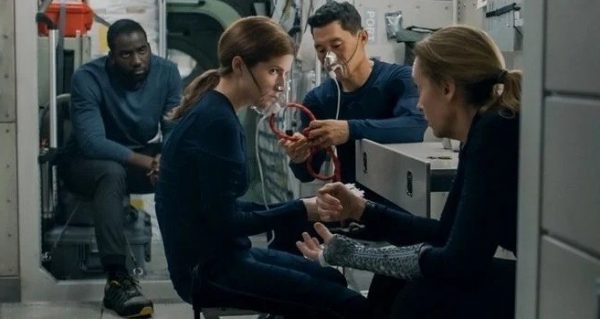 It’s unsurprising to learn that co-writer/Director Joe Penna actually penned Stowaway before his recently released film of similar survivalism, the Mads Mikkelsen led Arctic. That one proved to be more ambitious as a story whereas this feels like a melting pot of clichés, stale characters, and a moral dilemma that is too sanitized and safely played to reveal itself as anything bold or profound. For some reason, the film also decides to execute the climax twice, as if there already wasn’t enough that could be cut down here (this ongoing trend of Netflix movies, particularly the dramas, routinely reaching or exceeding the two-hour mark has got to go, even if there is something to admire in the creative freedom they are giving filmmakers.)

Nevertheless, Stowaway concerns a three-person team mission to Mars involving ship Doctor Zoe (Anna Kendrick), Captain Marina Barnett (Toni Collette), and biochemist David (Daniel Dae Kim) as they embark on a two-year journey preparing to bring culture to the planet, subsequently making it habitable. Michael (Shamier Anderson) ends up as the unconscious titular stowaway crewmember, injured and in shock upon being that the vessel has taken off, lashing out demanding to go back home so he can care for his younger sister. Of course, this is impossible, so the importance of the mission is explained to him and he does get with the program as the team does find ways for him to contribute and be of service.

Going back to the length of the film, it’s already a problem that it takes a good 30 minutes for the basis of the story to be established. So much of Stowaway is dedicated to attention to detail (and I will give credit where credit is due to the production design team) within the interior design of the vessel, the scientific jargon coming from the mouths of everyone aboard, and the intricacies of repairing anything that breaks, all without actually drawing the viewer into the importance of the mission and the urgency of any given moment. It’s adding a sense of realism similar to what Joe Penna did for surviving in the Arctic, but here the execution is far less accomplished and lacking in suspense. Even when Stowaway does gear up for its big moment of spectacle (the visuals here do look fine, by the way, although a far cry from stunners such as Gravity), it’s easy to predict every beat of the sequence.

What is to be appreciated is that nearly every crisis is a result of something human. Sure, a late-game storm contrives things, but the enjoyment there is to be found within Stowaway comes from the realization that the ship only has enough oxygen for three people (some other things get busted, the ship was questionably designed from the beginning, the crew is unable to abort the mission) springing on a second act morality play about whether or not they should humanely kill Michael. There’s no scheming, as he is made aware of the situation, but that also doesn’t stop everyone aboard from having their own perspective on how to move forward.

While occasionally intriguing, this dynamic also feels squandered by the decidedly mainstream approach to the material. All four of these people do indeed have their own thoughts, but it’s clear there is only one side to be on. Stowaway isn’t concerned with asking any deep questions or studying the moral implications on hand, and it’s always clear where the story is going to end up. Stowaway is never outright boring and the quartet of actors all do a fairly decent job playing stiff characters without much to go on in terms of personality. As mentioned, the set design seems to have been the primary focus and there is one tense sequence, albeit predictable through and through. It’s not a complete waste of time due to the moral drama, but the dangers of surviving in space have been done better and will continue to be done better.