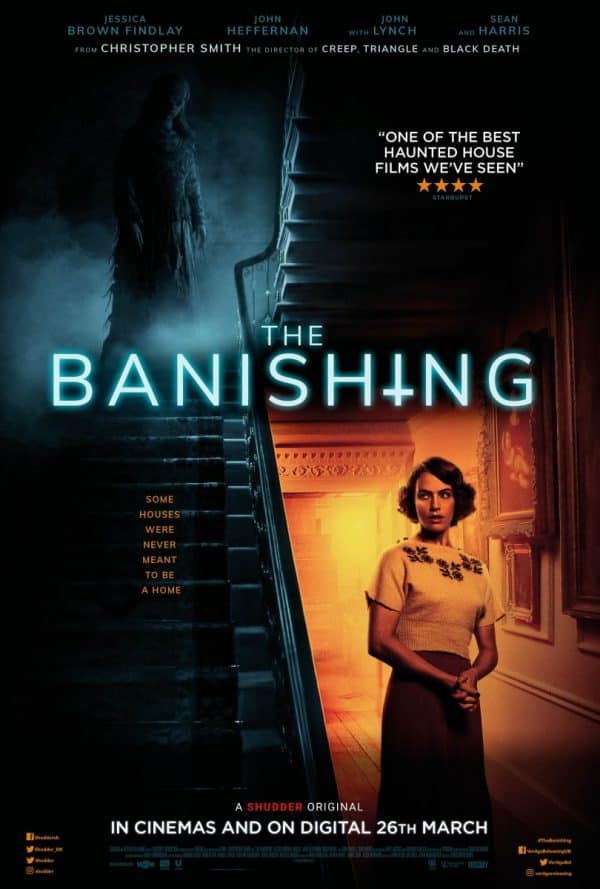 The Banishing tells the story of the most haunted house in England. Set in the 1930s, before the onset of the Second World War, Marianne (Jessica Brown Findlay) moves to an old manor house with her husband, Linus (John Heffernan) and daughter Adelaide (Anya McKenna-Bruce). Marianne soon begins seeing strange things and noticing Adelaide behaving oddly. To get to the bottom of the occurrences, she must betray Linus’ devout Christian faith and seek out an occultist (Sean Harris) to rid them of the spirits that will tear their family apart. 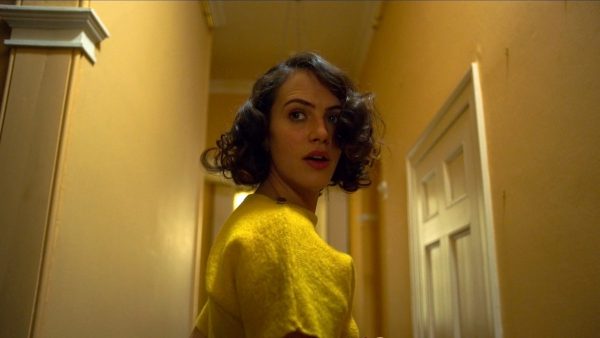 For a film supposedly set in the most haunted house in England, there is a remarkable lack of focus on the horror. There are surprisingly few creepy moments throughout the majority of the films’ runtime, with most of the scares coming in the last thirty minutes. While this is fairly standard in all supernatural horror, The Banishing doesn’t do as good a job of building the suspense needed to make its final act truly scary. This is because of the various plot threads running through the story.

As well as focusing on the strange events at the house and the struggles of the main characters, there is considerable time spent placing the story in the context of the 1930s. Early on in the film, Marianne and Adelaide visit a cinema to watch an informative film about Hitler and the rise of Nazism in Europe. While Marianne tries to teach Adelaide that fascism is repugnant, the Second World War has no bearing on the central narrative, so the time spent exploring this theme feels wasted. It also detracts time away from the main story and opportunities to insert more unsettling moments. 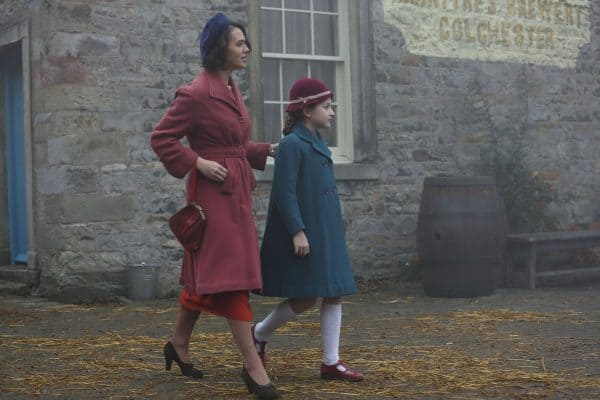 The film is also at times extremely critical of Christianity, and comments on the hypocrisy of religious leaders. Linus is himself a reverend, whose pacifist beliefs lead him to oppose fighting against fascism. However, the moment he becomes jealous of Marianne interacting with other men, those beliefs are instantly abandoned.  The criticisms posed by the film are interesting, but are undermined by the fact that religion (predictably) plays a key part in trying to solve the mystery of the house, and in keeping Marianne and her family safe from harm.

All in all, there are just too many plot threads woven into The Banishing. It becomes unfocused and meanders away from the haunted house story that it should be telling. It does however, provide many of the typical conventions of supernatural horror – from unholy happenings and creepy dolls to haunted children and spooky mirror moments. It ticks all of the boxes that it’s expected to, but still doesn’t succeed at being scary outside of a couple of successful jump scares. If you’re a horror veteran, even those probably won’t work. 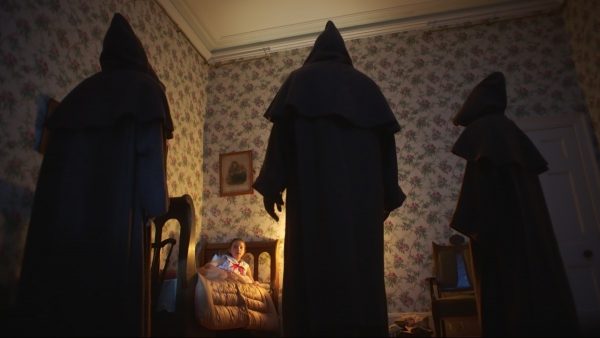 The saving grace of the film is Jessica Brown Findlay. Marianne is a complex, tormented character who struggles in her marriage to a devout Christian because of events in her past. Findlay’s performance conveys all of the complicated emotions swirling in Marianne’s mind, and only gets better as the plot develops and her desperation grows. Linus’ hypocrisy and violent tendencies and Adelaide’s creepy behaviour also mean that Marianne is the only sympathetic main character in the film who is easy to identify with. John Heffernan also gives a good performance as Linus, although the character is not nearly as developed and he only really has to do a good job of being completely unbearable.

The Banishing is a predictable and unfocused supernatural horror, but nonetheless provides an unsettling atmosphere, a few effective jump scares, and a complex female lead.