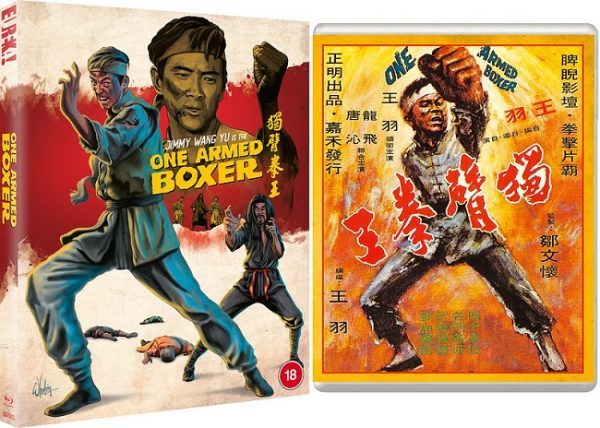 A martial artist loses an arm in combat but recovers to take revenge on the fighters that did it. 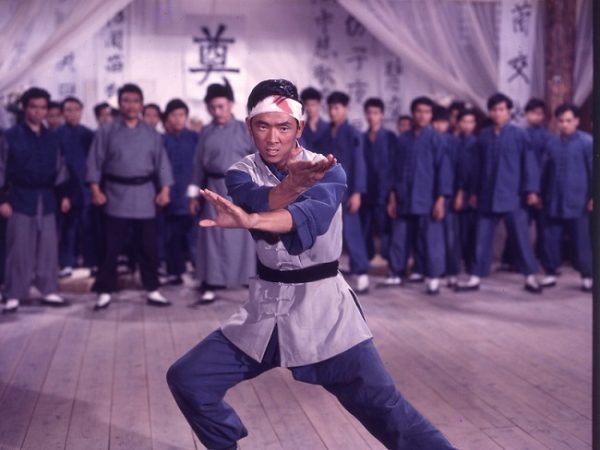 Living up to the second part of their name, Eureka Entertainment’s latest addition to their ‘Classics’ line is One Armed Boxer from 1972 and what a treat it is, especially if grindhouse kung-fu movies with sound cues from the James Bond movies and the theme tune from Shaft peppered throughout are your thing.

Because if they’re not then One Armed Boxer will have no appeal whatsoever as the movie throws you straight into the action within the first few minutes and doesn’t really let up or break formula for the rest of its 93-minute runtime – somebody talks, a fight breaks out, there is a major injury that ends it, move to another location, somebody talks, a fight breaks out, ad infinitum. It may not sound like much when put like that but One Armed Boxer has such an energy and spirit about it that the plot – and acting, script, sound and score – don’t really matter as you’re having such a good time watching it. 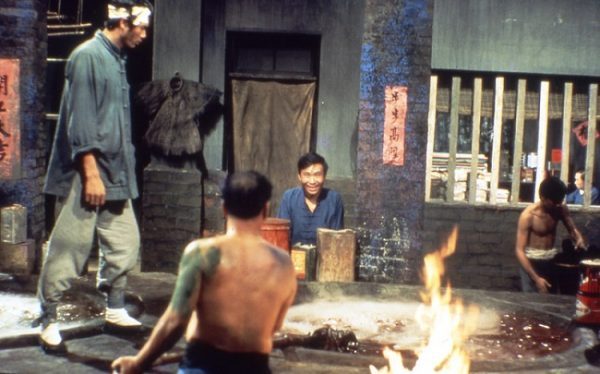 And speaking of plot, such as it is, the film begins with the ruthless Hook Gang causing trouble in a restaurant and so students of Master Han, led by Yu Tien Lung (Jimmy Wang Yu), challenge them to a fight. After both gangs beat the seven shades of doo-doo out of each other and the Hook Gang tell a little porkie pie about something said about their master by Yu Tien Lung, both gangs are officially at war with other, but Master Chao (Yeh Tien) of the Hook Gang hires several martial artists from different countries to take on Master Han’s best men, culminating in the fearsome vampire-toothed Erh Ku (Fei Lung) chopping off Yu Tien Lung’s arm. But the determined fighter is not dead and when he recovers and finds his whole gang has been murdered by the international martial artists, he extracts his revenge, training his good arm and becoming the titular one-armed boxer.

Even more absurd than the story, the execution of One Armed Boxer is such that anybody watching this without prior warning would have it down as a parody, with all the exaggerated karate chops, close-up zoom shots, high pitch screaming and cartoon-like reactions to everything looking like the work of a TV sketch show but One Armed Boxer is the real deal when it comes to ridiculous stunts, choppy editing and a whole host of cultural stereotypes that simply would not get put in a movie today unless it was a spoof (although the Chinese fighter with blackface to supposedly make him look Indian is pushing it, as not only is it politically unsound but it just looks silly). 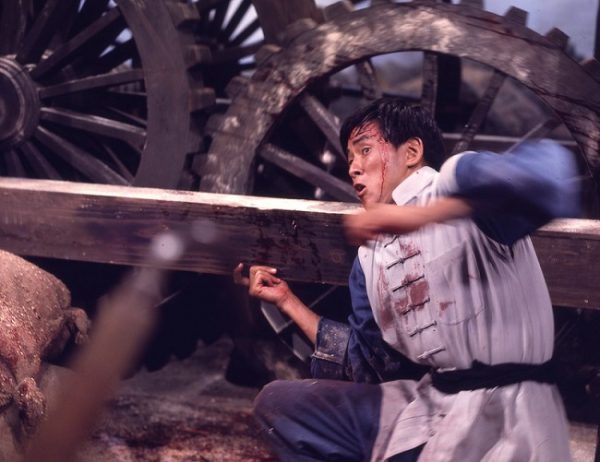 One Armed Boxer does exactly what it promises by its title and delivers all the fun and action you expect. As previously stated, if kung-fu movies – especially the low budget and ultraviolent kind – don’t do it for you then you’ll get very little joy from it, apart from being able to ridicule it which is very easy to do, but then again, if these kinds of movies aren’t for you then you probably wouldn’t be buying it anyway. The picture quality is surprisingly high and when the image is in focus – dodgy camera work is all part of the fun – it looks very vibrant and clear and not five decades old at all. The audio is 2.0 LPCM but snaps and barks very sharply, although the repeated use of the theme from Shaft gets a bit annoying after the first half-a-dozen times but having ‘borrowed’ it in the first place you know they are going to milk all they can out of it. Extras aren’t exactly plentiful, with only an audio commentary by Asian film expert Frank Djeng offering up any context or information, but the first 2000 copies also come with a booklet featuring new writing by James Oliver if you need some more.

Other than that, One Armed Boxer gets in and gets out without overstaying its welcome. It is hardly Enter the Dragon when it comes to production values and it certainly isn’t to be taken seriously on any level but that is what gives it its charm and makes it so damn watchable. General viewing audiences may not get it but for martial arts enthusiasts and collectors One Armed Boxer is essential viewing.