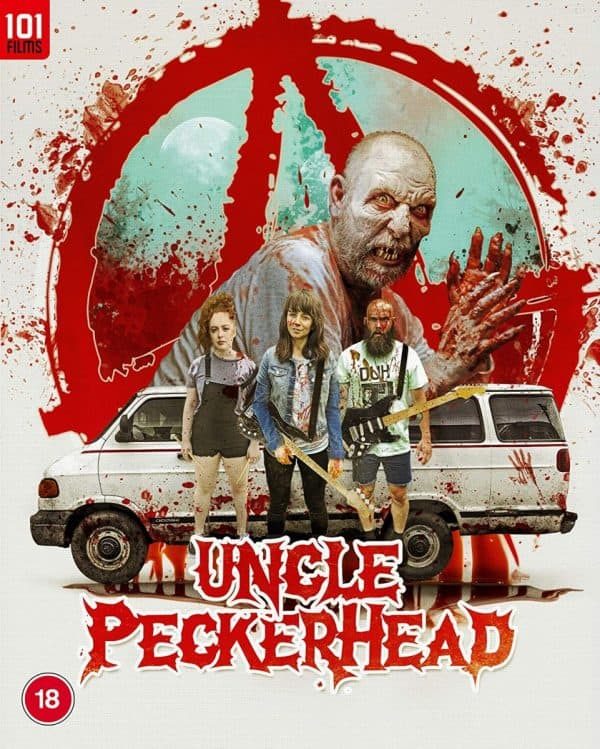 A struggling punk rock band recruit the kindly Peckerhead as their new roadie but unfortunately Peckerhead is also a demon who likes to eat his victims. 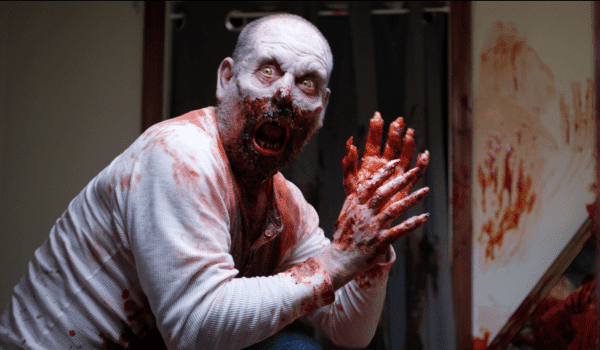 If ever there were an Oscar for the greatest opening shot in a movie then Uncle Peckerhead would surely be in the running for an award, although given that the movie is a punk rock splatter comedy then it is unlikely we’ll be seeing it at any red carpet event.

Which is a shame because this is as much fun and entertainment as you can have in one movie, and in a just world Uncle Peckerhead would be getting the sort of attention that seems to get reserved for the dreary mainstream genre plodders that currently clog up the release schedules. Alas, it is not a just world and Uncle Peckerhead is destined to remain a cult favourite amongst those who appreciate the value of having a good time, which isn’t the worst way to be remembered if truth be told. 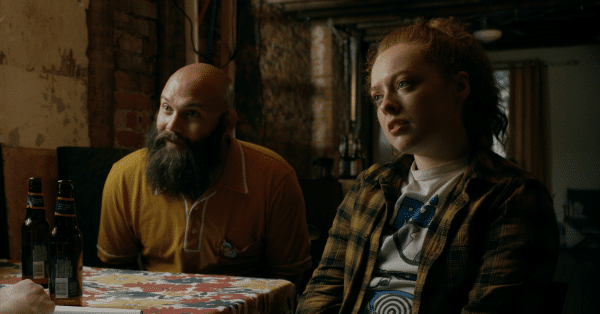 Harking back to the good ol’ days of horror comedies that managed to be both funny and gory (and, according to the pre-title card, allegedly based on a true story), Uncle Peckerhead opens with a shot of a dead body devoid of skin and a detached jaw that is being munched upon by a mysterious figure, just before the retro spiky title card flashes up and we know what we can expect. After that we are introduced to Duh, a young punk band touting their demo tape – oh yes, Duh still use cassette tapes and, helpfully, the van they manage to find to go touring in has a cassette player so that’s lucky – and which consists of bubbly vocalist/bassist Judy (Chet Siegel), dim-witted vocalist/guitarist Max (Jeff Riddle) and angry drummer Mel (Ruby McCollister) who are desperate to go out on the road to avoid getting real jobs. Enter Peckerhead (David Littleton), who owns a van (with a cassette player in it) and offers to roadie for them, which is jolly decent of him until the band find out that every night at midnight Peckerhead transforms into a demon that has a particular taste for anybody that upsets him. Whilst Judy sees this as a problem the other two vote to keep him and from then on in Peckerhead – or Peck, as he likes to be known – is part of the band, which is fine until a rival band tries to upstage them and Peck goes a little too far. 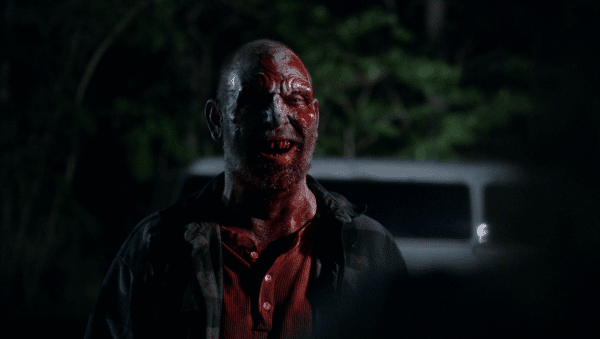 Giving off similar vibes to Deathgasm from a few years back, Uncle Peckerhead seems to be very on-the-nose when it comes to the details of its story – the attitude of the rival punk singer, the sneering metalheads who turn up and ruin Duh’s post-gig euphoria and several other little points that are written in that add some authenticity – but the details never get in the way of the fun that this movie delivers. From the earnest performances of the main cast – especially Chet Siegel and David Littleton, who seem to have the beginnings of a very watchable antagonistic screen chemistry, although Max is the most likeable character thanks to his naïve innocence over pretty much everything and Jeff Riddle’s performance, which provides the most laughs – to the excellent (for this budget) practical gore effects Uncle Peckerhead oozes charm and heart in a way that every buddy road trip comedy should, only this one has a flesh eating demon and a kicking punk rock soundtrack for added flavour.

The only real downside to the movie is that the ending tones down the comedy in favour of a quick wrap up that does still work but doesn’t feel like the deserved climax that the movie needed. Still, that means a sequel is possible and although the final act feels a bit rushed the rest of Uncle Peckerhead is a total delight and sure to become a favourite for those post-pub gatherings where the even the trashiest of dumb horror movies can become a work of genius. However, Uncle Peckerhead isn’t dumb – it knows its audience and achieves pretty much everything it sets out to do – and although it certainly has at least one foot in the trash arena it has ambition to be more, which should not only be celebrated but wholeheartedly encouraged. Roll on Uncle Peckerhead 2…