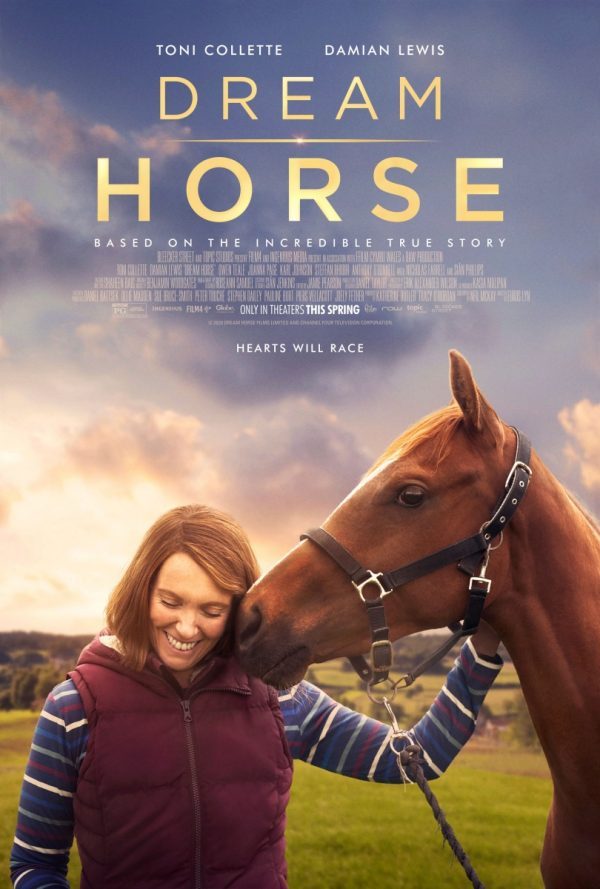 Dream Alliance is an unlikely racehorse bred by small-town Welsh bartender Jan Vokes. With no experience, Jan convinces her neighbors to chip in their meager earnings to help raise Dream in the hopes he can compete with the racing elites. 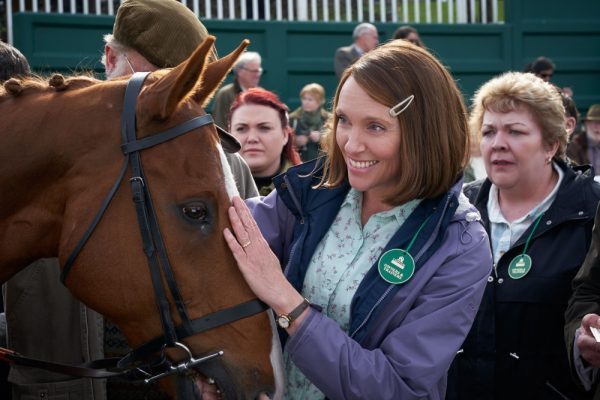 While I’ve never actually attended Sundance, I know enough about the film festival to be surprised something is clichéd and beholden to sports genre tropes such as Dream Horse played there in 2020. Except for thick Welsh accents and serviceable performances from its ensemble, there’s just nothing striking about this one to place it into Sundance contention. However, I suppose it does meet the feel-good quota for indie drama.

To give you an idea of the based on true events underdog story Dream Horse is, in his first race, the titular horse Dream Alliance starts facing the wrong way about to navigate the course in reverse like an out-of-touch relative picking up a controller to play some Mario Kart. Following this confused start, Dream (and the jockey) manages to turn the situation around for a third-place comeback finish that, fortuitously, reveals more potential within the horse than the Dream Alliance syndicate could have ever dreamed about.  It’s an example of both the humor and cornball inspirational tone on display. 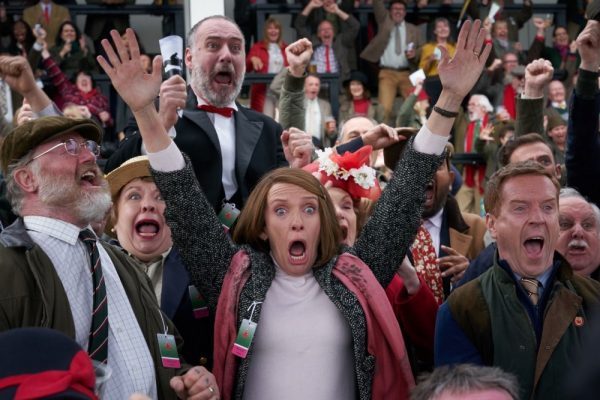 Toni Collette is Jan Vokes, a middle-aged woman working multiple jobs (by daytime, she works in the grocery store, and at night she’s a bartender) lacking fulfillment in the evening. Her marriage to Brian (Owen Teale), while healthy, is equally stale and monotonous. The latter is also defeated and has given up on dreams while really only being concerned about when Jan is making tea or finding happiness vicariously through television. One evening, a former syndicate member Howard Davies (Damian Lewis), enters the bar, somewhat igniting a flame inside Jan to make her horse racing desires a reality. She also puts together a ragtag group of locals and neighbors to make up the rest of the team and pitch in on expenses. It’s a team built on communal connection rather than hopes of making money, an aspect of Dream Horse that does work even if the jokes are frequently lame and sophomoric. Put it this way, one of the only chuckles that came out of me was a sitcom joke where an older man quips, “this is why I’m glad I’m single.”

The comedic approach isn’t what’s truly frustrating, though; it’s more so that the first hour of Dream Horse is relatively conflict-free. The path comes easy without a real bond between Jan and Dream, from purchasing horses to breeding to training. She’s also not the jockey, meaning that all Toni Collette has to work with are facial expressions when Dream is racing. Meanwhile, director Euros Lyn (primarily working in television) and screenwriter Neil McKay (also having a boatload of TV credits) rely on hoping the audience buys into that succeeding is significant to her. 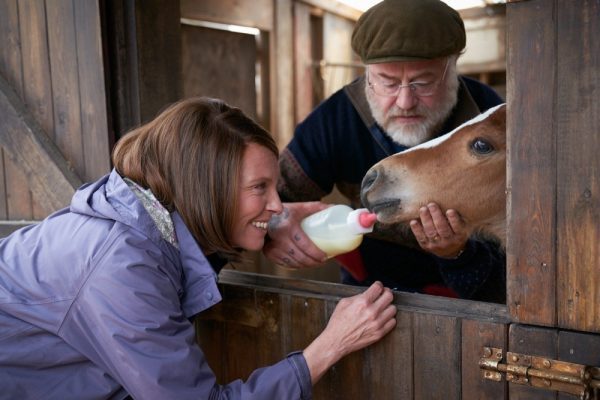 The second hour becomes slightly more involving, although oddly enough, it’s not so much to do with Jan’s character. It turns out that Howard almost drove him and his romantic partner Angela (Joanna Page) into financial ruin from his previous syndicate endeavors. Naturally, she becomes worried he will do so again, whereas he explains this time an assortment of team players are helping out with funds, and it’s a hobby. Naturally, love of the sport and making money start to collide as Dream becomes a local celebrity and rises the ranks of the sport, except it feels manufactured for the sake of having drama rather than something organic. Let’s say one character quits their job and could use some income. Thankfully, Dream Horse is also restrained enough to go far down the path of quarreling and backstabbing.

That said, there’s not necessarily any subversion or anything surprising; Dream Horse hits upon every expected plot beat without any real vigor or momentum. None of them really stand out for such a wide array of supporting characters, whereas the main players never feel fully formed. There’s also way too much story for something so familiar in a genre where movies usually live or die on executing the tropes with a combination of excitement and substance. The locals coming together is nice, but none of them make an impression to stick around them.

There’s also the issue of animal rights coming into play and the fact that the notion of racing horses is outdated and typically abusive. Characters or real people and accounting that these events took place years ago when the sport wasn’t under fire as much, I have no doubts that they care for horses, but this is a sanitized look that conveniently skips over all the rigorous preparation that goes into training and keeping a horse in shape for racing. Then Dream suffers an injury for our recovery arc (I told you the movie throws out every sports cliché in cinematic history), where it seems the story and characters might actually address these issues. Dream does recover, but Jan is rightfully terrified to put him in danger racing again, only for her husband to, I shit you not, say, “if that horse could talk, he would tell you he wants to race.” That’s where it becomes clear, even though these may be technically good people, they are also selfish and not worth investing in, even if there is a competence to the uplifting under-horse story. Horseracing and uplifting are also two things that shouldn’t go hand-in-hand anymore.