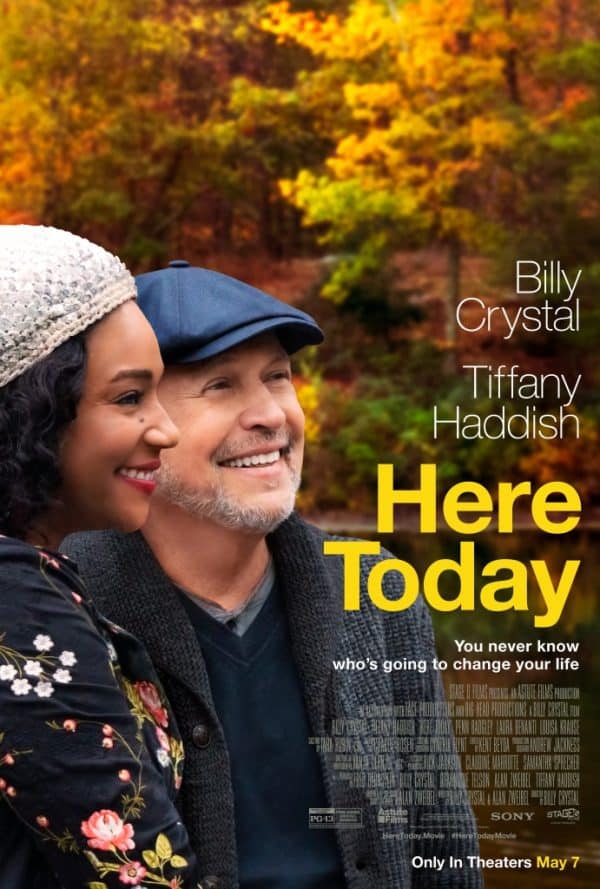 When veteran comedy writer Charlie Burnz meets New York street singer Emma Payge, they form an unlikely yet hilarious and touching friendship that kicks the generation gap aside and redefines the meaning of love and trust. 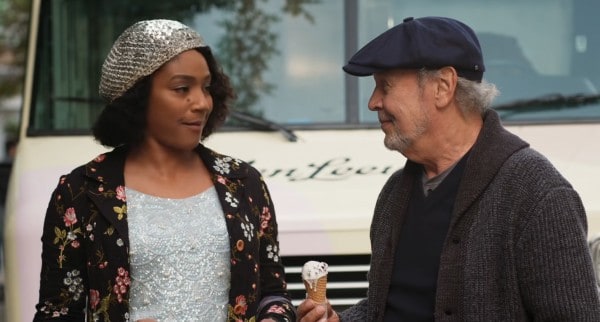 Fictional once-famous comedy writer at the center of Billy Crystal’s Here Today, Charlie Burnz (Billy Crystal pulls triple duty directing, co-writing, and starring) is a firm believer of finding comedy within the personal. Going a step beyond comedy, most would probably agree, but the critical problem here is that nothing in the film (co-written by and based on Alan Zweibel’s short story The Prize) is sincere; it’s all hollow drowning in schmaltz.

It’s clear something is off about Charlie right away as he sticks to inexplicable routines (walking a specific way to work and noting random objects such as stop signs) and sometimes has his brain interrupted to a late-night memory where a police officer knocked on his door with sad news. Charlie also appears to be in denial that something is wrong despite having been diagnosed with dementia. It’s also getting to a fairly serious stage where he has to pin a family tree with pictures to a wall in his home just to keep track of loved ones, not to mention make daily reminders to follow through with plans. 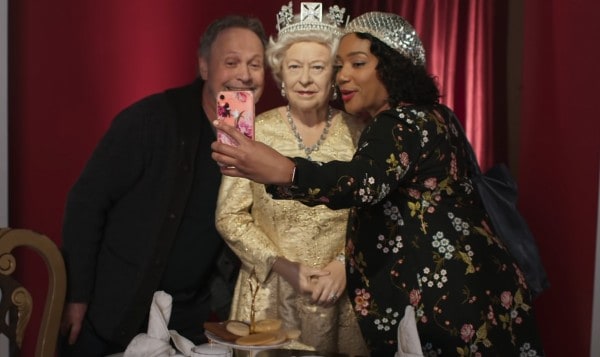 Speaking of upcoming events, Charlie’s granddaughter Lindsay (Audrey Hsieh) has her bar mitzvah coming up with his estranged parents (played by Penn Badgley and Laura Benanti) already concerned he will bail. He is a workaholic and seems to have not always been there for his children, so the skepticism is reasonable. A fading but still notable celebrity, (Charlie has numerous awards ranging from comedy to Broadway to screenwriting), at a charitable meet and greet he is graced by the clownish presence of Tiffany Haddish’s Emma. Except, she’s not actually there to see him but rather just cashing in a bid her ex-boyfriend won before cheating on her and causing a bad breakup. As to be expected from a slapstick screen presence such as hers, shenanigans transpire a bad allergy reaction to seafood, and Charlie is saddled with the subsequent hospital bill.

An aspiring singer, Emma decides to also pay Charlie back whenever she has money to spare, which usually includes stalking him by one method or another. Typically, it involves coming to his workplace where Charlie punches up scripts for sketches on a stand-in for Saturday Night Live. Confusingly, there is a writer’s room where someone mentions that a particular sketch has been assessed to ensure it doesn’t offend anyone, except most of them actually are against PC culture or crass. Nevertheless, there’s plenty of personalities here for Charlie to interact with whether it’s offering support and words of encouragement or simply being grated by one member’s incorrect inflections delivering words. 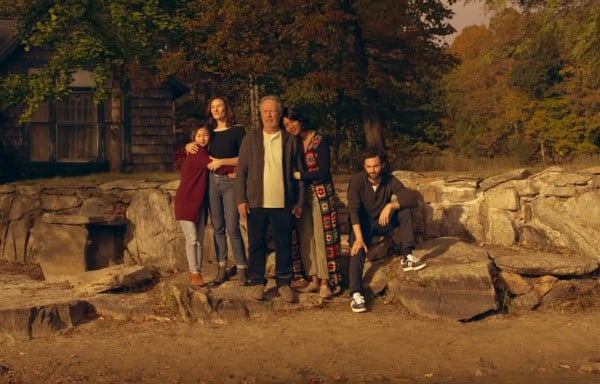 Naturally, the more time she spends around Charlie she picks up on his condition. They also develop a friendship with her being able to make him laugh and him being an overall likable person. The problem is that Here Today veers from truly lame comedy (a “caution: wet floor tattoo” on Emma’s butt, at least two scenes about how been having sex would injure Charlie) to aggressively sappy flashbacks of memories between Charlie and his deceased wife Carrie (Louisa Krause), who he is writing a book about before he eventually forgets everything. It doesn’t help that because these flashbacks are really just memories inside Charlie’s head, we see them from a first-person perspective that makes the romance especially awkward.

To be fair, almost everything about Here Today is plain bizarre and that’s without even acknowledging the 30 year age gap between the leads (which actually might widen considering I’m sure the character of Emma is being passed off as younger than Tiffany Haddish’s age) or the cameos from Sharon Stone and Barry Levinson. Also, that’s not a judgment on age gaps, but rather a criticism that what is supposed to be a blossoming romance never works; the script is far too all over the place building to its cringe-cloying climax. Anytime the story goes for an emotional payoff, it’s just embarrassing to watch these talented performers (you never once feel that Billy Crystal is slipping into a harrowing state of mind whereas Tiffany Haddish needs a stronger director if she wants to take on a role with dramatic elements again). The good news is that you will forget every terrible joke and melodramatic moment Here Today has to offer by tomorrow should you choose to watch it.