Dynamite Entertainment has announced the creators who’ll be taking the reins for the second, third and fourth issues of the upcoming prestige anthology series Red Sonja: Black, White, Red. Check out the full press release along with covers to issue #2 here… 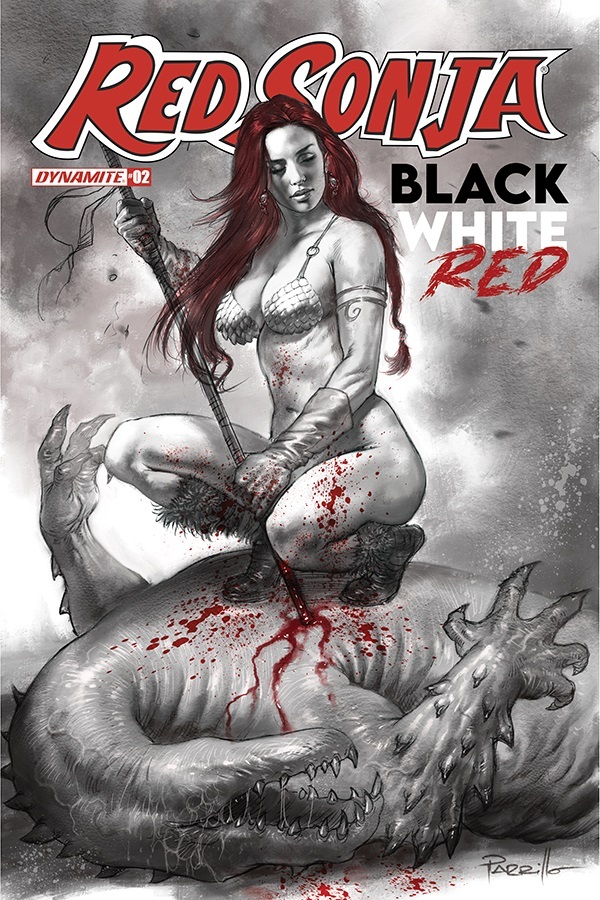 Gail Simone marks her long-heralded return to Red Sonja, once more joined by frequent collaborator Walter Geovani (Clean Room, Death-Defying Devil). Her universally acclaimed and fan-favorite run starting in 2013 brought the character to new heights of popularity and recognition, and made daring tweaks to the lore for modern audiences. Her pivotal contributions lead to her close involvement consulting on the upcoming blockbuster film, directed by Joey Soloway and recently announced to star actress Hannah John-Kamen. In this new tale, Gail spins a web spanning the entirety of Sonja’s life, presenting a coda to her take on the character.

One of the industry’s most scorching hot rising stars is writer Phillip Kennedy Johnson. Following his acclaimed fantasy epic The Last God, he has been entrusted with DC’s flagship Superman titles and in bringing Aliens back to glory at Marvel. For his take on the She-Devil With a Sword, he and artist Steve Beach flash forward to the final days of the heroine’s life. Queen Sonja is older, her blazing red hair dulled to a distinguished white, but her prowess in battle no less fierce. 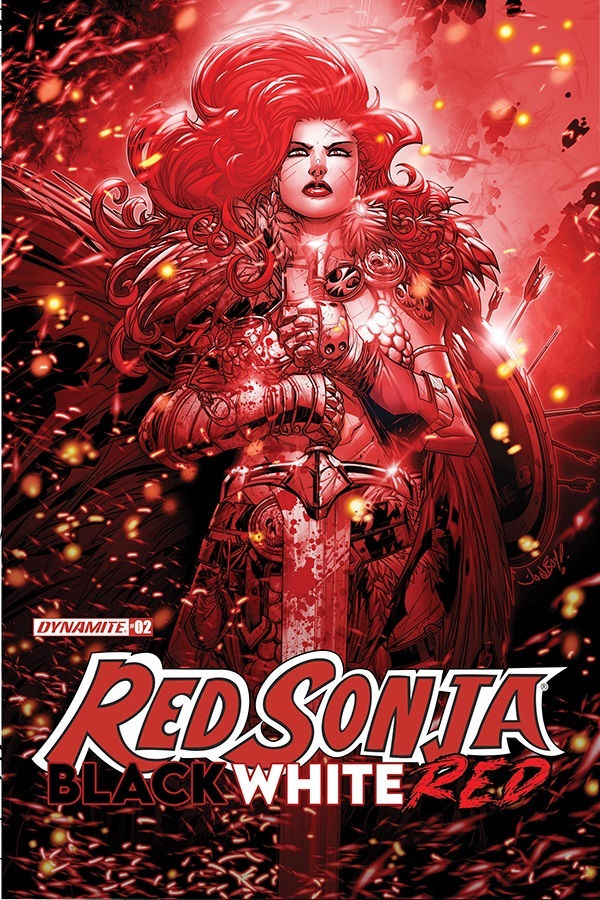 With the recent announcement that his award-winning series Bitter Root is to be adapted to film by director Regina King, writer David F. Walker has been on fire. With beloved runs on Luke Cage, Cyborg, Dynamite’s own Shaft, and co-creating and writing one of DC’s newest stars Naomi, Walker is considered one of the most innovative voices in comics today. He and the talented Will Robson (Fantastic Four) pit Sonja up against a mythical creature with an undying hunger… for her blood!

Dynamic artist Jonboy Meyers (Spawn, Teen Titans) enters into the ring solo, with an aging Queen Sonja facing down a long-forgotten foe that could threaten the entire world as she knows it!

Jeff Parker (Aquaman, Hulk) and Disney artist Natalie Nourigat throw the She-Devil up against an obstacle she may not be able to simply solve with her sword. When she’s knee-deep in a massive sentient fungus bog, is there any way out? 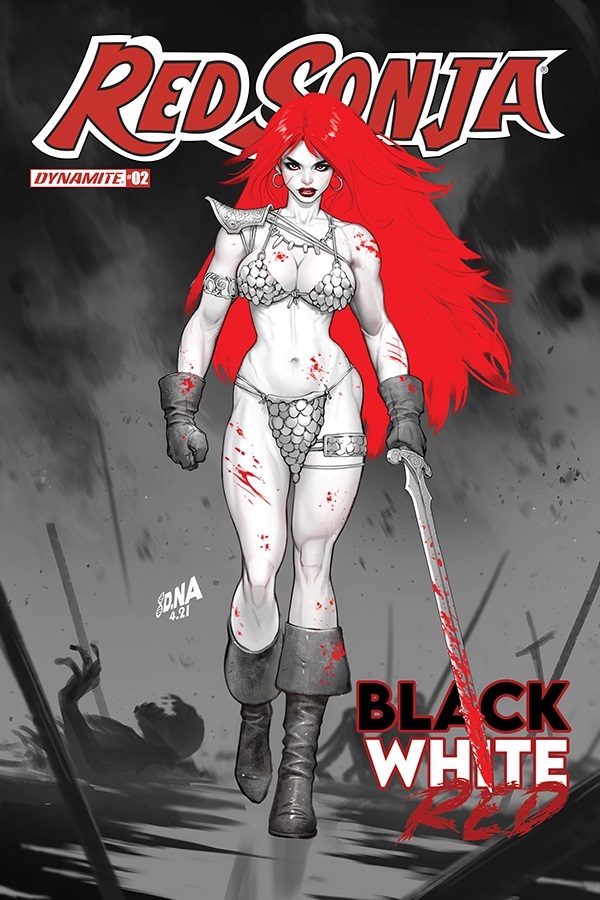 No celebration of the heights of modern comic book art is complete without a range of breathtaking covers. Artists like Lucio Parrillo, David Nakayama, Sean Izaakse, interior contributors Jonathan Lau and Jonboy Meyers, as well as hard working cosplayers will grace a slate of scintillating covers! 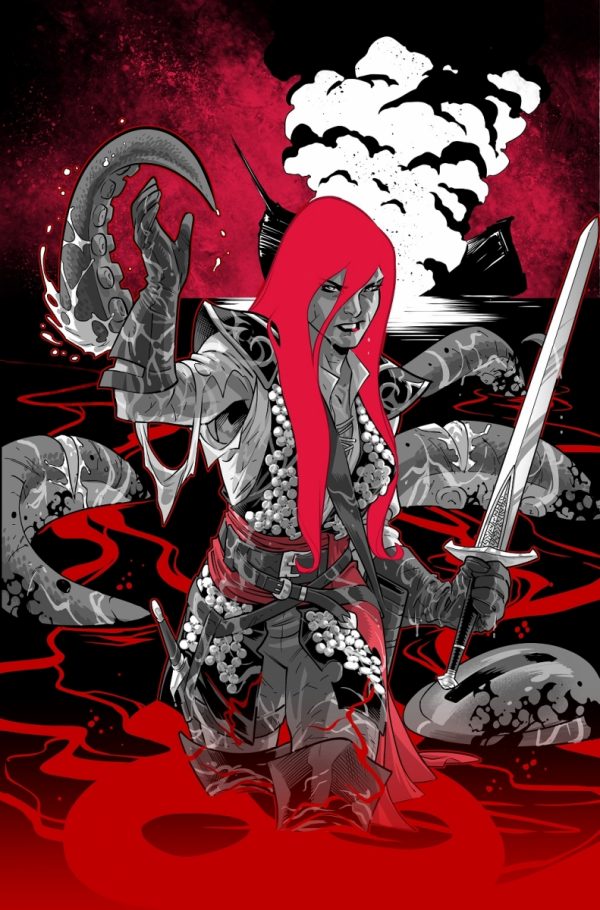 Red Sonja: Black, White, Red was created with the mission to recruit the industry’s finest creators to contribute their own personal, definitive, and boundary-pushing tales of the heroine of Hyrkania. All presented in a stark three color palette to accentuate the talents of all involved, boiling down to the raw power of comic book art and storytelling. Red Sonja will stand against fearsome foes, intimidating challenges, and more, as her fiery red hair flows on the page and her sword rends blood from her enemies. 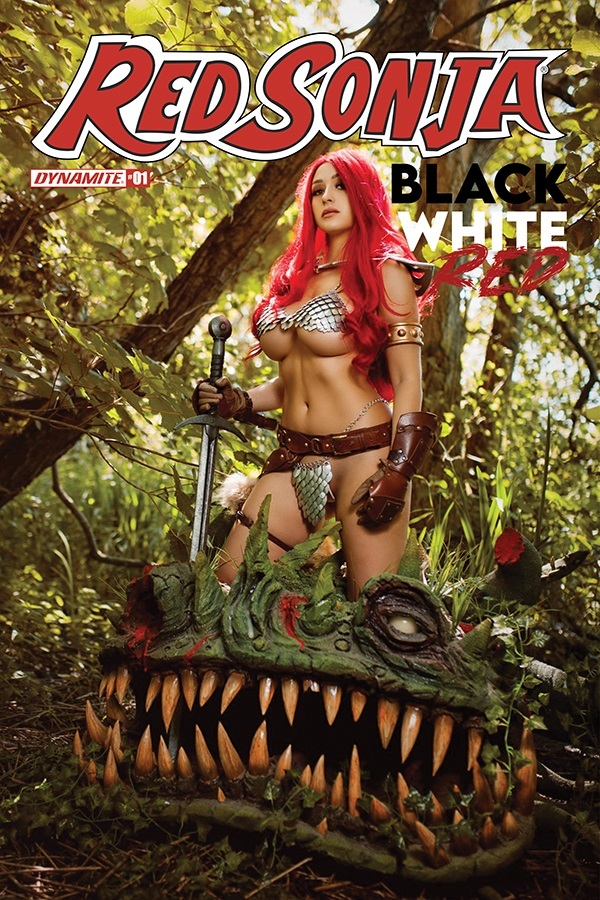 Red Sonja: Black, White, Red #2 will go on sale in August, followed by issue #3 in September and issue #4 in October.