Tom Jolliffe ventures back to 1971, a year full of gritty, hard hitting and iconic crime films… 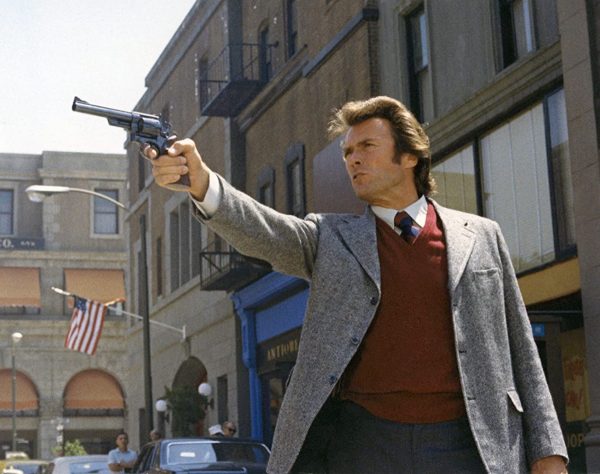 Does 1971 seem that long ago? Well guess what… It’s half a century ago. Looking back at the year in movies shows an array of trailblazing cinema, punctuated by a fascination in pessimism, gritty violence and uncompromising meanness. This was well and truly into the swing of dark, trend setting cinema, pushing violence to new levels, and obliterating the idea of the happy ending. Bonnie and Clyde, a few years prior, acted as a significant turning point. Gone was the view of American (or British) streets under a romantic glossy gaze. A fascination with cold war paranoia which began in the 60’s did continue but now we were also seeing the mean streets. The underbelly of London, New York, Chicago, Frisco, L.A etc. Perhaps the American and British cinema was catching up with some of Europe, or experimental boundary pushers in Asia, but regardless, this year may well have triggered the forthcoming golden period in cinema prior to the blockbuster boom. 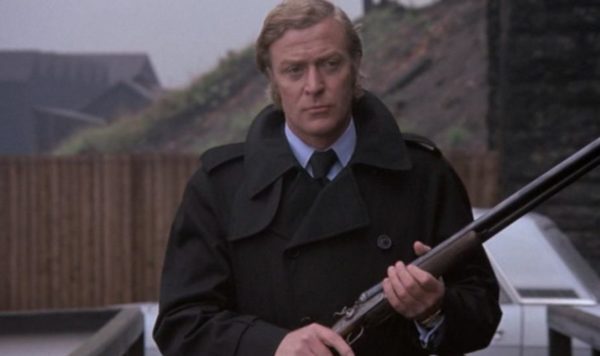 Britain’s own, Michael Caine had traversed historical war epics, cold war spy films and flitted between honourably plucky Brit in the military, to the cheeky chappy philanderer. Though Caine had become synonymous as a somewhat unlikely, but still thoroughly believable tough guy, in 1971 he got mean in Get Carter. The iconic British masterpiece had plenty of the effortless Caine Charm, directed with style by Mike Hodges and featuring an array of colourful character actors. As Caine marauds around the grim locales of early 70’s Newcastle, he’s captured beautifully by Austrian cinematographer Wolfgang Suschitzky who casts a distinctly Euro eye on those Northern streets. It doesn’t quite look Ken Loach, it looks even more brutal, like the dark streets of post war Vienna, or even post split Germany. Dank, grey, imposing, but disarming to the viewer. A perfect setting for a fatalistic revenge drama with inevitable downbeat ending. 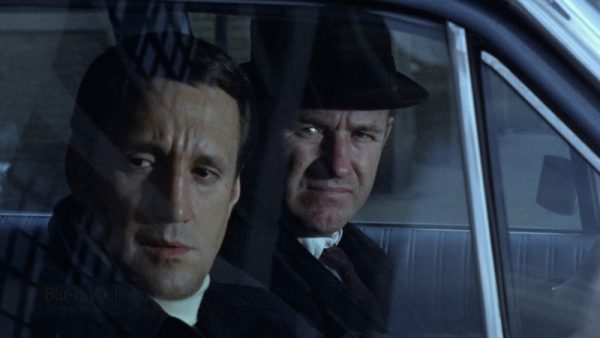 Meanwhile William Friedkin was perfecting his own gritty uncompromising style. An almost documentary feel, without resorting to the docu-style excesses that have become the norm for anything described as such this century. Even when shooting on handheld, or having a car chase that puts us right inside the vehicle and ramps up the tension, it’s never overdone and always has clarity (as opposed to excessive shaky cam). Gene Hackman is distinctly flawed, a cop with racist tendencies. His methods are excessive and often flout the rules. He’s unsympathetic, but we’re challenged to root for him (something that perhaps in the current age will be increasingly rare). Apart from those flaws, his goal is our goal, to stop the criminal elements. A necessary evil for the greater good, and anchored by the more restrained and empathetic partner (played with aplomb by the supremely underrated Roy Schieder). It’s still a great, great movie. Brisk, effecient with thrilling action and yet our hero is the guy who will shoot a man in the back. 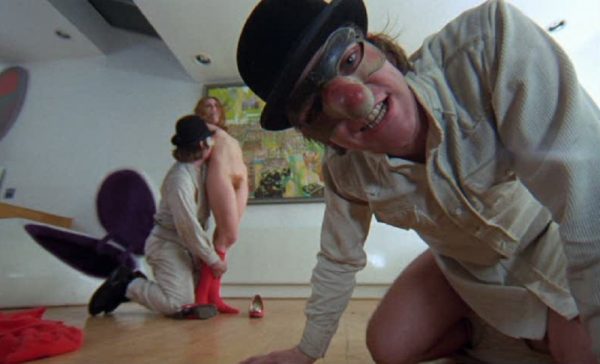 The man who directed the ultimate space film just a couple of years prior, then caused masses of controversy with his dystopian adaptation of Anthony Burgess’s novel, A Clockwork Orange. Alex (Malcolm MacDowell) and his Droogs rampage the streets, fight rival gangs, drink milk and eat eggy wegs, as well as brutally beat and rape affluent middle classes in their own homes. The films unrestrained style and violence didn’t sit well, though in time the artistic merits of the film became wholly apparent (not for the first nor last time in Kubrick’s CV). Astonishing visuals, unforgettable soundtrack and a unique style combined for a film ahead of its time, and still with nothing like it.

Something perhaps a little more by the numbers, still had a important role in stepping forward the tone and violence of contemporary action. We were well out of the Wild West and in the wild streets. No romantic views of cops vs robbers or heroic gangsters, this was Clint Eastwood versus a serial killer (the film loosely based on the Zodiac murders) in Dirty Harry. Callahan, like Hackman’s Popeye Doyle, is inherently flawed. Even 50’s years ago, he’s a harsh relic. A throwback to unrestrained tactics who has not caught up with the more progressive times and growing multicultural society. Again, as Callahan grows more considered through the movie, chipping away that gruff exterior, we are compelled to want him to win, particularly given he puts his life repeatedly on the line for the greater good. There’s a bluntness to some of the violence in the film, to the brutality and actions of its psychopathic killer (a brilliant Andrew Robinson). 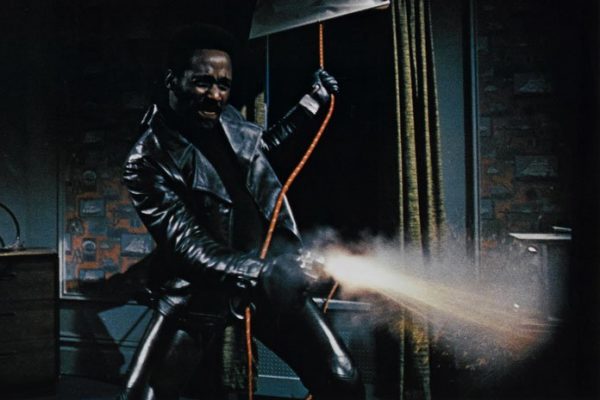 In the rising Blaxploitation cinema, 1971 marked a couple of iconic films in Sweet Sweetback’s Baadasssss Song and perhaps the poster film of the whole decade in black cinema (if not something by Pam Grier). Shaft saw Richard Roundtree as the titular no nonsense cop cleaning the streets in his own inimitable, ruthlessly efficient style. It’s still one of the best of the blaxploitation era and one of the more grounded. There’s certainly still a larger than life ultra funky style that set traits for many upcoming films (the soundtrack is iconic of course), but when push comes to shove, there’s plenty of punch, cause and effect to the violence.

The year saw plenty more outside of the crime genre, but with a penchant for brutality. Ken Russell, no stranger to extremes was pushing censors to the limits with The Devils, whilst in Oz, Ted Kotcheff was showing a sweaty, and unrelentingly uncomfortable (but brilliant) depiction of inescapable outback in Wake in Fright. If it wasn’t the perpetual dust, dirt and sweat having us grimacing, it was the unflinchingly brutal Kangaroo hunt scenes, pushing the censors even further than Russell or Kubrick.

We also had Sam Peckpinah take an American star (Dustin Hoffman) and thrust him into rural, regional Britain. Alongside his gorgeous young British wife (Susan George) they attract the attention of listless locals (including her ex) who then take pleasure in progressively toying with the seemingly unmasculine mathematician. When pushed beyond breaking point after an inciting incident, a violent response is inevitable with the film descending into its iconic finale. Peckinpah had begun rewriting the rule books on action editing with The Wild Bunch, which still held some Western romanticism with old cowboys going out in a blaze of glory. Straw Dogs was, and remained, his most dark and haunting vision which added more of a shocking brutalism to his stylistic traits than cowboys, or later in The Getaway.  The film in fact, came in late December, capping a year of boundary pushing violence and dark, blunt denouements.

What is your favourite film of 1971? Let us know your thoughts on our social channels @flickeringmyth…