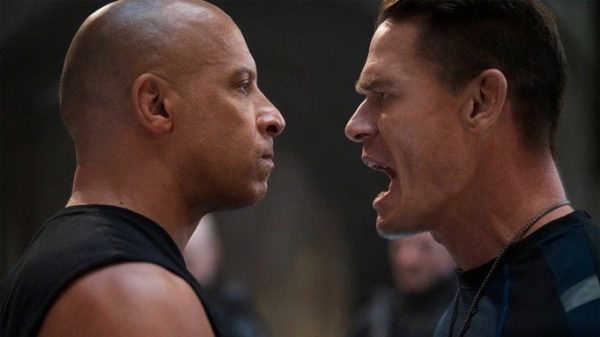 F9 has been stuck in the pits for well over a year now, and even though it has already done a few laps at the international box-office, raking in $260M in the process, North American audiences will have to wait until June 25th for the light to go green on the vehicular blockbuster. Until then we’ll have to make do with more clips, like this one via Fandango, which features one of many smackdowns between John Cena and Vin Diesel. Check it out below…

F9 will be released in the US on the 25th June, and a day earlier in the UK.