Peacock has released the trailer for A.P. Bio Season 4. Premiering in September, the new season sees Glenn Howerton return as as Jack Griffin as teases the guest appearance of Bruce Campbell (Evil Dead) as Jack’s absentee father, John Griffin. Watch the trailer below… 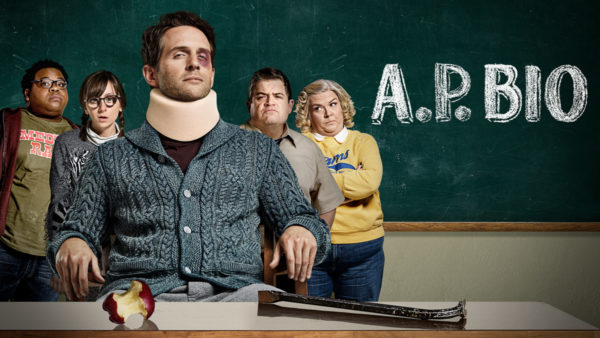 A.P. Bio follows disgraced Harvard philosophy scholar Jack Griffin as he is forced to return to his hometown of Toledo, Ohio as an advanced-placement biology teacher, choosing not to teach the class in the slightest and instead focus on how to get revenge on his former rival Miles Griffin, while Principal Ralph Durbin attempts to rein him in.