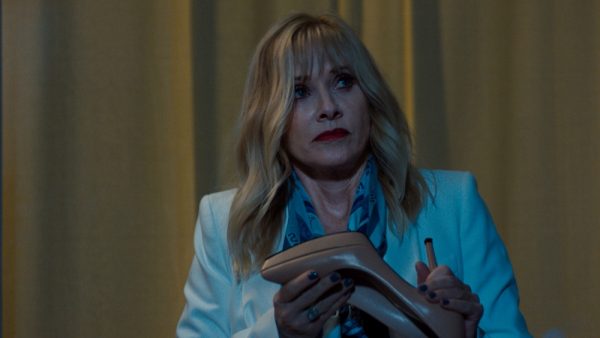 The legendary Barbara Crampton is quite a busy actress. I’ve spoken with her about three different film projects in the last year. She’s back again with King Knight, from director Richard Bates Jr. Crampton sat down with me to speak about the film, her background in college, and working with someone like Bates.

I’m always excited to speak with you, but I’m thrilled to speak about King Knight.

Oh, good. Did you watch it?

I did. I’m such a fan of his movies, and this reminded me of something from John Waters. Just that fun, weird vein.

Do you think he feels more like, especially with this movie, like John Waters? Maybe that’s a good comparison. I’ve been having trouble coming up with a comparison for Ricky Bates because I think he’s got a style all his own, but maybe you’re right.

I’ve been a fan of his work since 2012’s Excision. Were you also a fan of him going into working on this project?

Oh yeah. I’ve loved his movies for so long. I think he’s, you know, one of the most creative, artistic voices working today. I feel like there’s nobody really like him. He does his own thing. I really was surprised when I got called, and he wanted to talk to me about playing a part in his newest film.

I didn’t know anything about it, but I told him I was a fan. He and Matthew were putting it together, and it sounded a little bit more whimsical and lighter than some of his other stuff. I thought it sounded cool, and I really liked the script and what it was saying. It’s about somebody trying to find themselves or reconcile their past, present, and future together. And, you know, I just, it was just charming.

My daughter was very happy for me to play the mother of Matthew Gray Gubler cause she was a fan. I was a fan of Criminal Minds too! So, you know, that was a real bonus. It’s awesome when you get calls out of the blue from filmmakers you admire, and they want to work with you. I was like, sign me up. 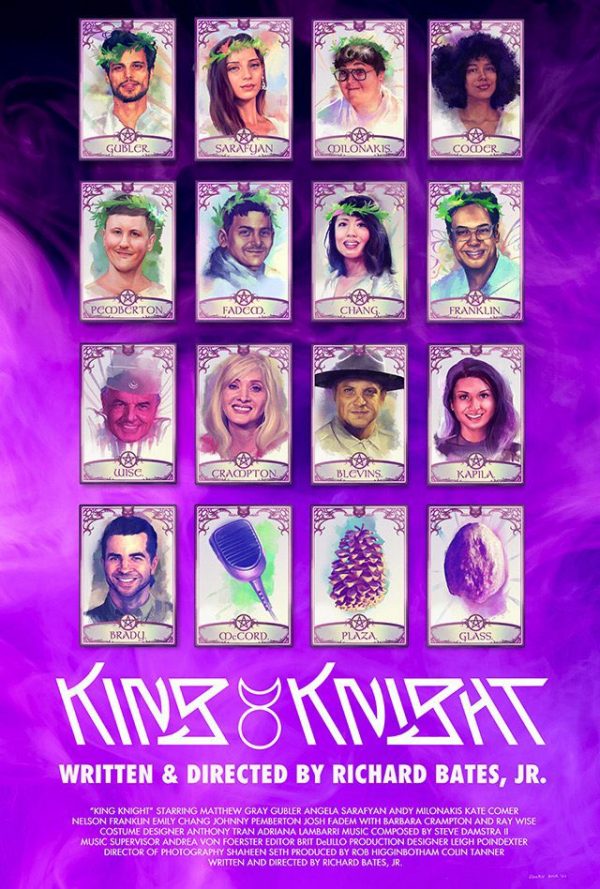 What were the comedies you enjoyed growing up? We’ve usually spoken about your horror films in the past, but this is more of a dark comedy, a comedic movie. You seem to have fun here and are tailor-made for comedy as well.

Well, it’s funny you say that because I love comedy. I’d love to do more comedy, and people just don’t see me in that vein so much. Horror is my home and will always be, but I’m excited when I get to play in a comedy.

I did a movie called Little Sister a number of years ago. It wasn’t seen widely, but The New Yorker magazine counted it as their number one movie. I think when it came out, either 2016 or 2017.

Yeah? See, you’ve never heard of it. Right? Little Sister. It’s so cute. It’s so charming. Ally Sheedy is in it. And it stars Addison Timlin. So good. And then I did Gigi’s movie Culture Shock, which is like sci-fi, but it is funny. And I have a funny character, so I really enjoyed that. 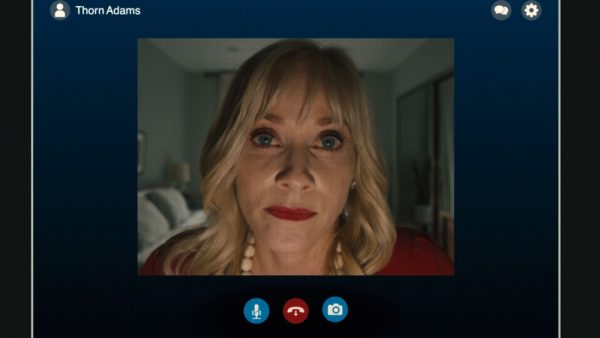 Well, I definitely think you’re funny in this film. I was going to ask, how would you describe your character?

Well, I think my character has her fixed view of the world and what she thinks her son should be and do. And he didn’t quite live up to her expectations. So there’s definitely a separation between Matthew’s character and that of his mom.

What I like about it is that you get to understand why Thorn is the way he is. He is able to reconcile his own life throughout the movie. Cause of that, you get to understand why Ruth is the way she is, you know, cause she’s got to care for her ailing mother. She has a lot of pressure on her. And so you can give her a little bit of room to be the person may be that she is. So maybe the person Thorn wishes she could be isn’t possible either.

Ricky’s movies are cool like that, and this one is full of a lot of empathy and charm.

Do you find it easy jumping into that style of dialogue and the strange phrases? Is it easy to jump into, or was that challenging? Because his script seemed so fun and weird.

The job of an actor is to illuminate the vision of the filmmaker. When I was going to school as a young actor, I was doing plays, you know, I was always taught that my job was to illuminate the ideas of the author of the play. And I feel like my job as an actress is to help the director, whatever the director’s vision is for the movie. And if they’re good at communicating their vision, I think they’ll have a cohesive movie.

Ricky’s movies have a certain world all to themselves. And everyone seems to fit into that world. I think he is a good communicator. And I think he writes in a certain style that it feels like a cohesive movie.

There’s no question about the tone of his movies. You know, a lot of people have issues reconciling tone and films, and I think they all have this unique style. They’re all different, and he’s very good at keeping a cohesive personality in all of his movies. 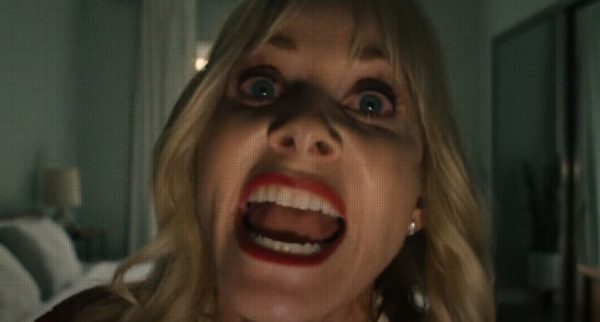 Final question: Do you think you’ll be working with Richard Bates Jr. again? Is this a connection you would like to keep going?

Let me look at my texts! We were just chatting about this. We talked about the new movie poster, and I said, ‘you were so right about the poster. So cute.’ And I said, ‘please ask me to be in another movie. I just love you.’

He said Barbara, that’s a no-brainer. I’d beg if I needed to. And I told him that’s not needed. He’s just so good. I think he’s so creative. So talented. He’s so passionate. He’s such a nice person. And yeah, I would love to work with him again.

Many thanks to Barbara Crampton for taking the time for this interview.