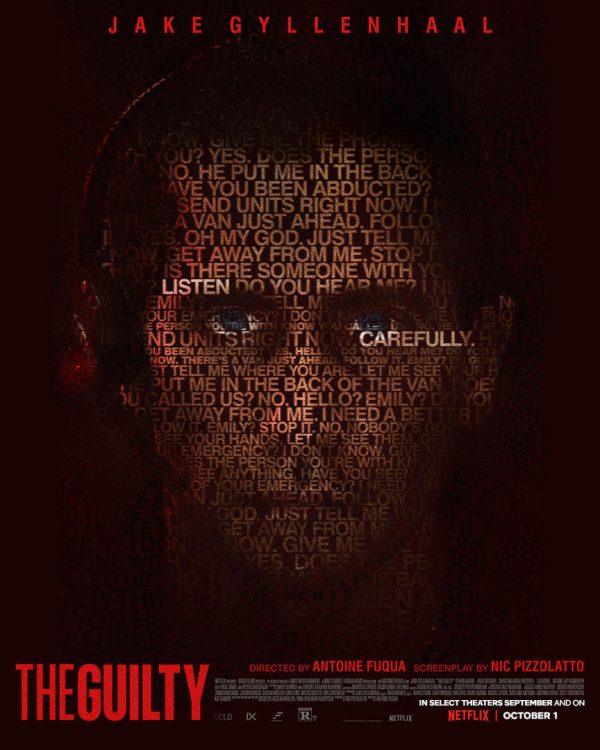 A demoted police officer assigned to a call dispatch desk is conflicted when he receives an emergency phone call from a kidnapped woman.

Mere months after it was shortlisted for the Best Foreign Language Film Oscar in 2018 – though ultimately didn’t make the final five – single-location Danish thriller The Guilty was scooped up for an English-language remake, with Jake Gyllenhaal aboard as both star and producer.

Three years on and the Hollywood take, helmed by Antoine Fuqua (Training Day, The Equalizer) for Netflix, is finally here, which for all of its expected jazzing-up of the taut, efficient original, at least retains enough of its essence, in large part thanks to Gyllenhaal’s captivating performance.

Right from its opening moments, throwing up the John 8:32 bible quote “The truth shall make you free” ahead of an expensive-looking glimpse of a flaming Californian hillside, it’s clear that we’re far away from the ruthless minimalism of the Danish original, which was produced for less than $600,000.

Unsurprisingly this pricier do-over, due to drop on Netflix in mere weeks, brings a little more style and intensity to the fore, the mileage of which is sure to vary wildly between those who swear by the original and who have never even heard of it. Whatever your perspective on English-language remakes, though, few will take umbrage with Gyllenhaal’s superb front-and-center effort.

For the most part screenwriter Nic Pizzolatto (True Detective) clings to the original’s basic beats, sitting in the trenches with cop Joe Bayler (Gyllenhaal), who per an impending disciplinary hearing has been relegated to 911 dispatcher duty. Joe’s regular night manning the phones is upended by a call from Emily (Riley Keough), a woman who is surreptitiously attempting to inform Joe that she’s been abducted. 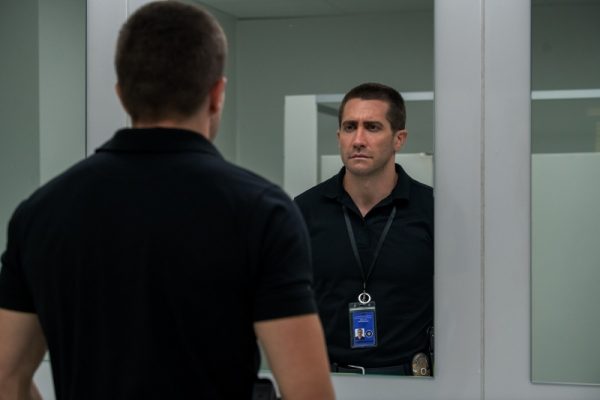 Such begins Joe’s fraught efforts to rescue Emily, attempting to slyly discern her location by communicating without alerting her kidnapper, and using every resource at his disposal to get to the bottom of it all. This is all while juggling his own messy personal and professional dramas, which threaten to make him implode spectacularly when it would be most inconvenient.

The spine of the story remains the same, though Fuqua and Pizzolatto don’t confine the audience to Joe’s office cubicle quite so strictly; there are two scenes set in a bathroom, and a few seconds-long cutaways to vague coverage of the ongoing kidnapping scenario, which in their brevity feel almost completely pointless.

While the Danish original was hermetically sealed within its scenario free of much wider national context, this new take has a keener sense of place as a piece of American drama. The tense hostage situation unfolds amid the backdrop of California’s forest fires, while also taking keen aim numerous times at America’s broken social infrastructure re: mental health and financial welfare. Pizzolatto’s script also cannily recontextualises the story through the lens of American policing, ensuring some of its payoffs hit quite differently than they did in the original.

Fans of the Danish version will probably get a chuckle out of the near-parodic stylistic upgrade this remake receives, the dispatch desk now feeling more like a leftover set from a season of 24, what with its giant wall of TV screens broadcasting the ongoing forest fires.

Throw in some moody low-key lighting and a few more bodies in the room, and its atmosphere trades the sterility of the Danish version for something more outwardly cinematic – for the standards of such a confined premise, at least. While the original had little musical score to speak of, here Marcelo Zarvos is drafted in to add some acceptable dramatic punch to proceedings.

All in all, this is a tidy rebound for director Fuqua after his recent dud Infinite, getting out of his own way and giving Gyllenhaal the floor to rip his way through Pizzolatto’s script. Still, Fuqua has the filmmaking smarts to train the camera close on his lead actor’s face as much as possible, allowing us to savour every last sliver of feeling. 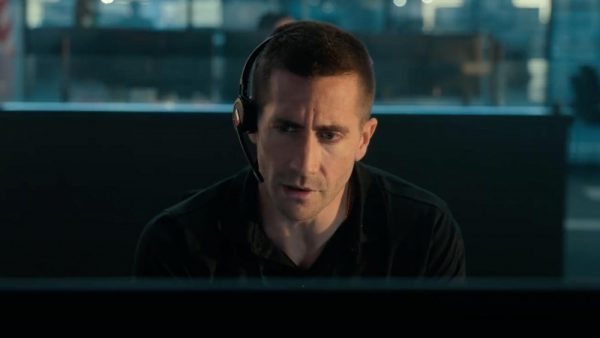 Fuqua ensures the film’s big reveals land with the necessary impact, though perhaps the original’s most upsetting revelation has been rather cleaned-up to appease more broad-minded audiences. The tone is generally a little less-severe than the original, too, but still knows when to tighten the screws.

Yet this is Gyllenhaal’s film through and through, his hot-headed, stuttery Joe serving as quite a stark contrast to Jakob Cedergren’s more reserved Asger in the original. Joe is a much higher-strung individual and far more prone to volcanic outbursts as his plate-spinning exercise becomes ever-more perilous. Gyllenhaal carries it off superbly, contributing really the only part of this remake that truly matches what came before – if in an entirely different way.

The supporting cast includes a number of name actors, most of them playing small voiceover roles – such as Ethan Hawke, Paul Dano, and Peter Sarsgaard – though Riley Keough is quite excellent as the embattled Emily.

Phone conversations in films can have a tendency to come across as hokey when actors’ disparate takes are stitched together awkwardly in post, but it’s clear that a lot of time went into structuring the interactions throughout and making them sound organic, while putting audiences in the headspaces of characters we never physically see. That said, some viewers may feel that such talented actors are more-or-less wasted on tiny roles where their voice may not even be recognised – which, for the actors involved, might be an amusingly novel concept.

You can bleat until the end of time itself about the unnecessary nature of Hollywood remakes, that the “one-inch barrier” of subtitles shouldn’t cloister people away from great art. But at least Fuqua understands the spirit of the original, and with a 90-minute runtime – that’s just a few minutes longer than the original – avoids the frequent remake pitfall of excessively expanding the dramatic scope. For some this new take won’t fully justify its own existence, but for those entirely new to the story, this low-key detective yarn will probably work a lot more than it doesn’t.

A predictably glossier, more Dramatic, and ultimately slightly sanitised Hollywood retelling of the original Danish drama, but The Guilty has a secret weapon in the form of Jake Gyllenhaal’s brilliantly nervy performance.