Co-written and directed by Kathryn Ferguson.

A feature documentary that tells the story of Sinéad O’Connor’s phenomenal rise to worldwide fame, and how her iconoclastic personality resulted in her exile from the pop mainstream. 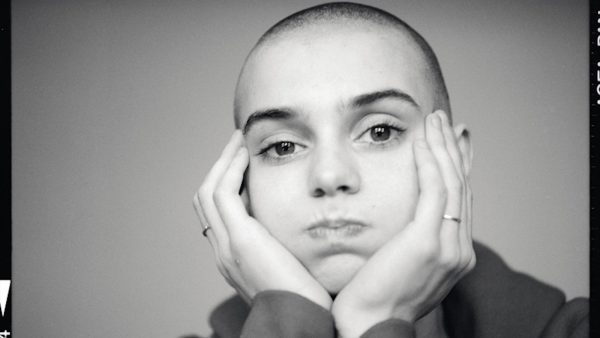 Much as countless statuesque entertainers have had their life’s work reconsidered for the worse in recent years amid personal scandals and abuse allegations, too can someone’s legacy be re-thought for the better.

Such is the missive of Kathryn Ferguson’s feature documentary debut Nothing Compares, which chronicles the topsy-turvy career and indeed life of singer-songwriter Sinéad O’Connor. Alternately exalted for her artistic genius and vilified for her prickly, outspoken demeanour, Ferguson’s film traces a finger over the scars of a prodigious talent, her family, and indeed her home nation of Ireland.

As is a popular doc filmmaking technique these days, Ferguson foregoes talking heads interviews in favour of extensive archive footage and B-roll scored by audio-only discussions with O’Connor, her friends, family, and bandmates. The result is an illuminating window into O’Connor’s turbulent existence, while firmly indicting those who sought to excoriate her in the public eye.

The film’s opening sequence consists of footage from O’Connor’s 1992 appearance at a Bob Dylan concert, mere two weeks after she infamously tore up a picture of The Pope on Saturday Night Live. As she receives a chorus of boos, O’Connor’s voiceover tells us, “A lot of people felt it was OK to kick the shit out of me.”

It’s certainly a dramatic taster for what’s to come, but Ferguson first flings us back to O’Connor’s past to trace the most defining relationship in her life, with her abusive mother Marie, one which led her to seek out music-as-therapy in her youth (because, as she notes, conventional therapy didn’t yet exist).

Sinead contends that her mother was however herself a victim of the Catholic Church, which exerted its power to dictate people’s most basic behaviour, and also of a nation whose social conditions left the disadvantaged, especially pregnant women, to largely fend for themselves. She even speaks of Ireland itself as an abused child, citing its historically awful treatment of women (namely making contraception and abortion illegal).

Sinead eventually spent 18 months in a Magdalene asylum due to her volatile relationship with her mother. The wide-reaching impact of this familial strife strikes an especially poignant note given the most recent developments in O’Connor’s life, namely her 17-year-old son Shane’s suicide earlier this month, and Sinead’s subsequent hospitalisation after intimating that she may also attempt to take her own life. Watching the film mere days after this news broke, it’s practically impossible not to lament the cycles of suffering she has endured.

But it wouldn’t be accurate to call her story a strictly, unremittingly downcast one; it is clearly defined by low lows and high highs. She truly began to thrive as an artist and indeed a person upon moving to London to record demos and surround herself with more cosmopolitan, permissive, like-minded folk.

Despite fast making an impression in the industry, she tussled with the heads of now-defunct record label Ensign Records, who wanted to exert their own form of masculine control by insisting she have “marketable” long hair and even terminate her pregnancy. Sinead responded by shaving all of her hair off and of course keeping her baby, acts which in a such a pugnaciously misogynistic industry are colossally rebellious, perhaps lighting the spark for the more volcanic feats of defiance to come.

Sinead’s mainstream success speaks for itself; the critical and commercial performance of her debut album “The Lion and the Cobra,” and of course hit single “Nothing Compares 2 U”, which boasts one of the most elegantly simple-yet-iconic music videos ever made. Sadly, as the doc’s end credits confirm, the Prince estate didn’t allow Ferguson to actually include the song in this film.

But with arena-filling success, the fickle, fleeting nature of public adoration demonstrated itself. Sinead’s refusal to play an August 1992 gig if the American national anthem was played before she came out – out of protest against the Gulf War – led to her crucifixion in the media as “difficult.” But typically this only prompted her to push back harder and become more political, pulling out of the Grammys and, following the release of her divisive third album “Am I Not Your Girl?,” committing her most famous “sin” on SNL.

The moral panic that followed O’Connor tearing up a picture of the Pope while declaring, “Fight the real enemy,” is even more fascinating in a modern context, given that such an act seems almost hilariously quaint by contemporary standards. That’s without getting into the fact that Sinead was clearly on the right side of history in calling out the Catholic Church’s covering-up of child abuse, such that seeing record stores and radio stations vow not to carry her music, and her be dismissed as “crazy” in the news, seems utterly unhinged in retrospect.

O’Connor has continued to produce albums but her career never recovered from that mediated battery of ridicule, existing now as a mainstream pariah even as society has turned a corner on many of the issues she raised so powerfully three decades ago. Sinead blazed a trail for a generation of outspoken, won’t-be-silenced female artists who followed her, and hopefully this dense, well-crafted documentary will help reposition her legacy in pop culture.

Nothing Compares thoughtfully reckons with the intertwined cycles of adulation and controversy which have defined Sinéad O’Connor’s musical career, offering compassionate insight into a most singular artist.