To celebrate the release of Boiling Point, Chris Connor spoke with director Philip Barantini about the movie, his directing career to date and his collaboration with leading actor Stephen Graham… 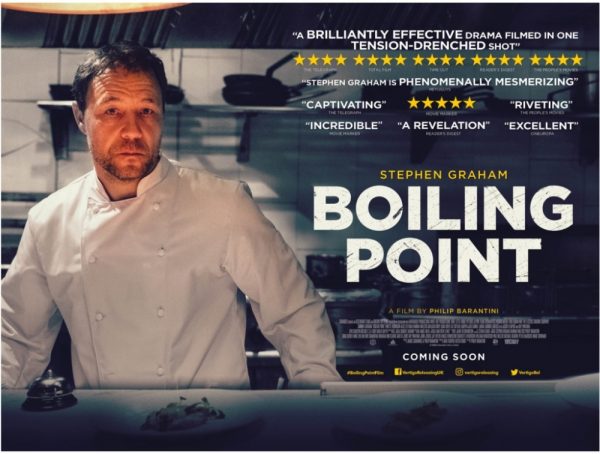 When did you first come up with the idea for the original short film?

Well, I’ve worked in kitchens for many, many years during the time that I was acting to make some money. I always thought this this world is ripe for drama and entertainment in a way. So I always wanted to make something set in that world. So, when I started directing, I’d made one short film and I just thought, I want to write something in that world. I’d spoken to my cinematographer Matt, and we talked about doing something in one take. Then, we wrote it myself and James Cummings and we got Stephen on board, who absolutely loved the idea. He was very open for the challenge. So it was like a proof of concept, really, because obviously I wanted to do something as a feature film, as a feature in that world. So let’s see if it works and let’s see if people sort of go for it and are interested and they were, it was successful enough in in festivals andit was nominated for a BIFA Award. So that was the kind of the green light in a way to just go, okay, let’s give this a go, then let’s write something a bit longer.

You mentioned that Stephen Graham was a big fan of the idea. Was he involved in some of the concepts and how it came together?

I pitched it to Stephen because I’ve known him for years. We’ve worked together a few years ago, but we’re very close. And so I pitched it to him. I actually asked him to be in the first short film and he said no, and he just, I mean, you know, looking back, I respect him massively because he’s Stephen Graham. You know, what I mean, so he’s not just going to put himself in anything. So he was like, Why don’t you get your first one out the way let’s see how you do? And then we’ll talk.

So I did that and I sent him the first one and he loved it. He was like “wow, you want to be doing more of this, then surely”. I was like, “well, yeah”. He said “well, what have you got next?” I said, “I’ve got this idea for this thing set in a kitchen, loosely based on my experiences”. Then he was like, “wow, do you know who you’re going to get to play that part?” I was like, “well you know, I don’t know. I want to get someone good, and I didn’t want to ask him again because I didn’t want to be let down by him, you know?” So after pitching it to him, he sort of just turned to me and said, “well, I’d love to do it if you you’ll have me because I think it’s brilliant” and I was like, “oh my god, okay, perfect”.

So that was him on board. He was really involved in the development of the character, not just this character, but everyone’s character. He’s such a good collaborator and it was important for him to be involved from the off really. 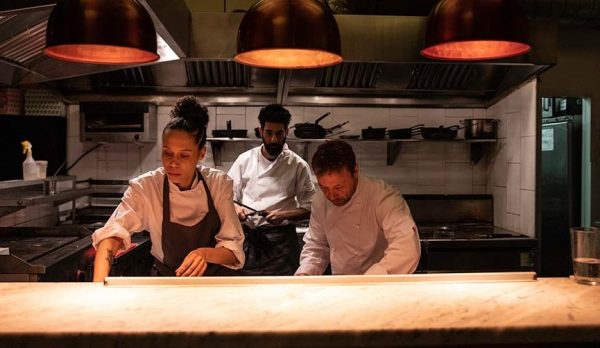 Did you have a restaurant in mind when you were developing the film? And was that where you ended up shooting it?

Well, actually, we had we had a couple of places in mind for the feature because we shot the shorts in a catering college in Manchester and the feature would wouldn’t have worked really because I wanted it to be a bigger space for one. But I also wanted the kitchen to be an open plan kitchen. So you could see it at any angle, really. So the kitchen is always there, there were a couple of places we had in mind.

So Ellis Barry, who was the chef consultant on the short, was just about to open a restaurant in Liverpool and we went there and had a look at it, but it wasn’t quite ready. It wasn’t built, really. Again it wasn’t going to work because there’s two floors and it would be difficult to go up and down the stairs. So then my mate Andy Jones, the real Andy Jones, he owns a restaurant in Dalston called Jones and Sons, which is where we shot it. I’d worked there as a chef and I’ve been at work there many, many times, just on and off to help him out, and I’d eaten there a million times.

So I knew the layout and I just said to him, look, super busy restaurants are in the back of my mind. I’m thinking he’s never going to let us shut the place down because we’d need to shut it down. I asked him one day I was like, “would you be up for it?” He was like “yeah, why not?” He said, as long as we can have the weekends because they were his busiest days, I said, “to be fair, we won’t be shooting weekends anyway, or we won’t be rehearsing weekends. So yeah absolutely let’s just do it. So as long as you don’t mind us, coming in and turn the place into Christmas in the middle of March” and he was like “yeah fine”. So we had to pay him to shut it down. I’m so glad we did it in there now.

What was it like having the UK premiere at LFF ? Did you manage to get involved much with that?

Yeah, I came down. There were three screenings. I came to all three of them and it was amazing. Obviously with what we’ve just been through, you know, and now we’re potentially going to go through again. It was just amazing to be back in in cinemas and to be able to have your film screened and especially at LFF. You know, I’ve been I’ve been to LFF many, many times as a viewer and when I lived in London. To be in the festival for my second feature was just an amazing experience. They were so, so accommodating. Everyone seemed to be really nice about the film.

Was there anything in particular that’s made you want to move from acting to directing? Was that something you always envisaged doing?

Yeah, I’d wanted to do it for years, really, but never had the confidence I’d always been really interested and really keen on how it all works. Actually, you know watching directors and how they work as an actor, I’d always been super keen. I was always the guy who wanted to stay behind after I finished doing my bit.

But I never had the confidence to do it. My mum sadly passed away quite suddenly five years ago and that just gave me the kick up the backside really to go, “what I’m waiting for, what’s the worst that can happen?” I just thought, let me jump off this cliff and see if I can fly and you know, I’m still flapping away now. But I’m staying afloat and it’s just an amazing feeling, I think. I always thought directors were these super educated people who’d gone to film school. Some of them are but it’s not the only way to do it. It’s not the rules. You have to do it that way. I always thought it kind of was, you know, you needed to know everything there is to know about every actor or you should have watched every movie, know every single angle of every type of camera, every type of lens. But that’s not the case, really. So once I found that out and sort of you know and realised I had the confidence to do it. Yeah, it’s not easy, but I’m having the best time.

How did you feel about the level of love for it at the BIFAs this year, where it led with 11 nominations.?

Eleven, yeah, crazy it was totally unexpected. You make something and you’re really passionate about it, and everyone involved is really passionate about it, but to then see, that LFF the love it got there and the BIFAs. It’s just like, it’s my baby, isn’t it ? People are saying nice things about it. Being recognised by your peers is another huge thing. We came away with four BIFAs which is just immense. I don’t make films to go into festivals and to awards. That’s not why I make them I make them because you know it comes from the heart and I’m passionate about it. I want to have fun, it’s the best job in the world, but to then be recognised is just an amazing feeling and I’m really grateful. 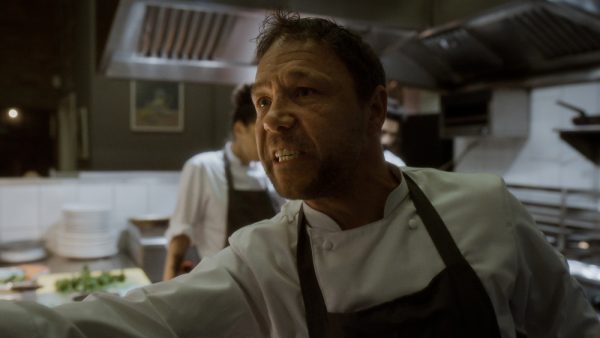 Is there anything you’re working on at the minute that you’d be keen to tell us about?

Yeah, I mean, I can’t really say too much about it. I did a TV thing in the summer which is coming out on BBC One in January with Martin Freeman, a five part drama called The Responder. I did the last episode of that, and then I’m just about to start prep on a new movie in January, which will be shooting in February. So that will be announced soon, I think. But yeah, I’m really excited about that one.

Speaking of The Responder how have you found jumping from film to TV and then back again?

I was really lucky with The Responder because the producer Rebecca Ferguson and I had been chatting about me doing a block of it since August last year. So we became really close, and I think going into it, I also had a small part in it as well and which happened before I got the directing gig. So I had to direct myself. Rebecca is such an amazing producer and she really championed for me because the BBC hadn’t really seen any of my work. Rightly so, they were nervous about getting a first time TV director on this. I’d done low-budget movies. There were no trailers so there’s none of that, the facilities and all that kind of stuff. So going into it was daunting. I’m not going to lie was really daunting, but everyone was so lovely.

It doesn’t matter what the budget is on something, it’s about the core team and that family environment. I think you’ve got that and you feel safe and everybody understands what their role is and for me, I’m I’m a big believer in collaboration, I am the captain of the ship. However, I’m open for everybody to tell me, you know, should we go this way or that way? So I’m a big believer in that and I think , everybody sort of embraced that and embraced me as a first time TV director and I had the best time. It was amazing and Martin Freeman is a lovely, lovely human being which really helps because we spent a lot of time together.

Many thanks to Phillip Barantini for taking the time for this interview. Boiling Point opens in the UK this coming Friday, January 7th.