It’s time to put on the dusted up denim and start growing a huge moustache following the announcement that a small-screen adaptation of the critically acclaimed 2016 sleeper-hit Hell or High Water is in development at FOX. Variety reports that none of the original talent – Chris Pine, Ben Foster, Jeff Bridges, or writer Taylor Sheridan – are attached to the project, although director David Mackenzie is listed as a producer.

This new iteration will be written by Dopesick and Stranger Things scribe Jessica Mecklenburg, and tell the story of a ruthless oil tycoon who attempts to plunder a West Texas ranching community, but two local brothers set out to dodge a zealous Texas Ranger and fight to keep what’s theirs, one bank robbery at a time, come hell or high water.

It’s not clear yet whether the two brothers in question will be the Howard siblings, who were played by Ben Foster and Chris Pine in the 2016 movie, or whether this will just be set in the same world with similar themes.

Hell or High Water quietly grossed almost $40M worldwide, and earned four Academy Award nominations – for best picture, best editing, best supporting actor for Jeff Bridges, and best original screenplay for Sheridan, who was just coming off the back of Sicario – so it’ll be interesting to see how a scripted hour-long series can build upon such rich material. 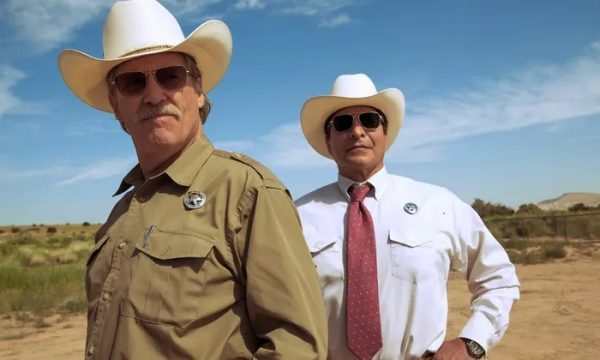