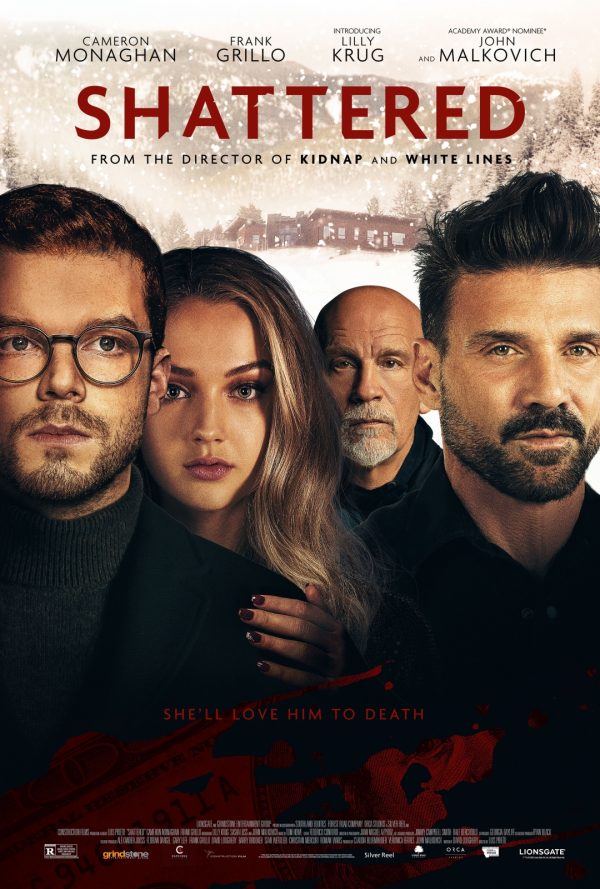 As lonely tech millionaire Chris encounters charming  Sky, passion grows between them. When he’s injured, she quickly steps in as his nurse, but Sky’s odd behavior makes Chris suspect that she has more sinister intentions. 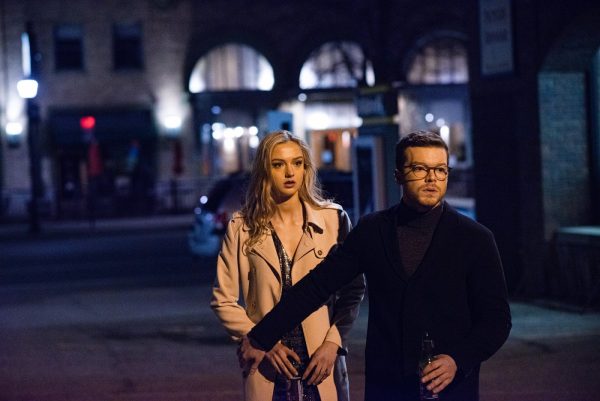 Disclaimer: Shattered was incorrectly uploaded to the screening link platform with dialogue audio only coming out of the left channel. Rest assured, I did get the gist, and it’s not necessarily a deep plot to follow anyway.

A case could be made that one doesn’t even need to hear Shattered to figure out where this cliché and formulaic erotic thriller is going. Shattered features Cameron Monaghan as a mobile app guru who made a fortune selling rights to one centered on home security. It’s also brought up that this fascination with home security is connected to a dodgy upbringing, but that’s about as far as director Luis Prieto and screenwriter David Loughery go when it comes to layering anything going on here. Shattered is first and foremost schlock, sometimes entertaining while building to a reasonably engaging middle act before sinking itself by introducing more characters and dragging itself on longer than it should. 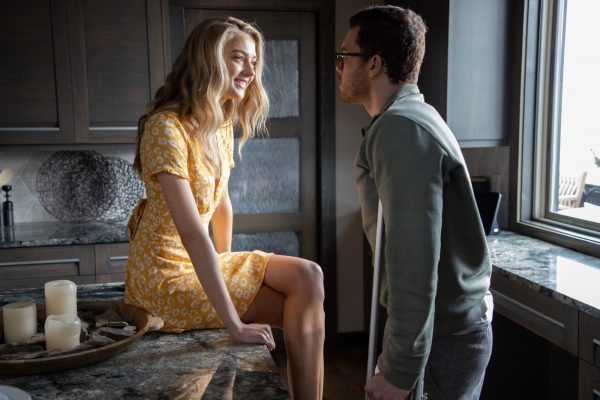 The key to momentarily grabbing and maintaining attention comes from the script’s good sense not to hold onto the obvious plot twist until the ending, choosing to make the revelation early on. With that out of the way, there are potentially endless directions to go next. To the filmmakers’ credit, they do have some wild card motivations for a hilariously perverted landlord played by John Malkovich. And while I do enjoy just about any Frank Grillo appearance, his character arrives not only to reinforce how cliché all of this is but adds nothing to the story while taking away from a juicy psychopathic turn from newcomer Lilly Krug (the credits act like this is her debut performance and it might be depending on shooting schedules, but a look through her IMDb credits not only says otherwise but serves as a reminder that her supposedly loony roommate character here played by Ash Santos previously acted alongside her last year).

Cameron Monaghan’s Chris Decker is also freshly divorced and a bit bored and lonely. While grocery shopping past midnight, he encounters a former model named Sky (Lilly Krug) who doesn’t want to return to the motel dealing with her aggressive roommate. She comes over to his house, they have a bonding session that culminates with some sexual intimacy, and needless to say, he begins to get attached. Following another date of sorts, Chris is attacked while walking to the car and left with a shattered leg. Let’s just say it’s a little too suspicious how quickly and willing Sky is to become Chris’ personal caretaker. 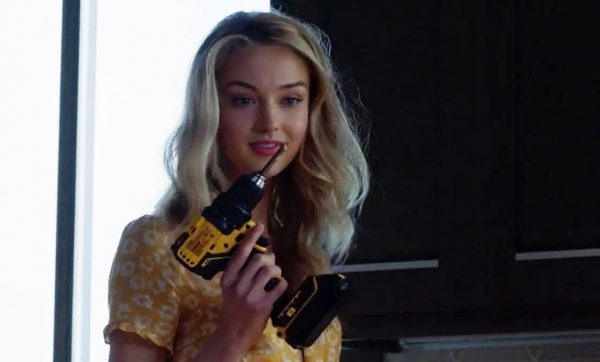 Shattered works best when it’s a tense free-for-all regarding the riches inside the luxurious home, doubling as the torture porn love child of Misery and Me Before You. Unfortunately, some characters burst onto the scene trying to make a sociopolitical point that not only doesn’t belong in a movie that so evidently isn’t suited for topical commentary, but even has another character respond to spare him that bullshit. If only Shattered was leaner and meaner with a greater understanding of where its twisted joy comes from rather than crippling itself just as it’s starting to pick up. Ironically, its greatest crime is giving Sky another partner in crime when Lilly Krug is chewing up the scenery fine by herself.