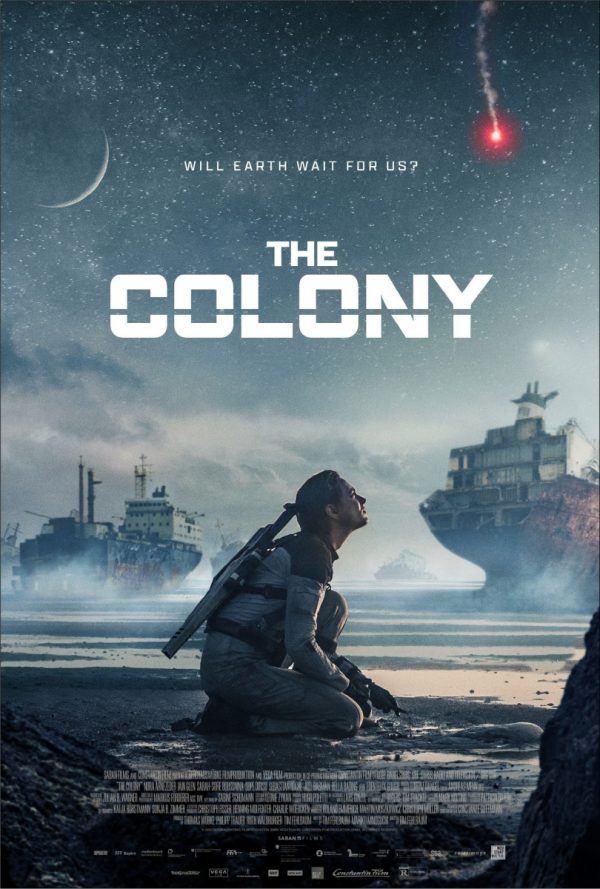 Set in the distant future, a female astronaut, shipwrecked on the long-decimated Earth, must decide the fate of the wasteland’s remaining populace. 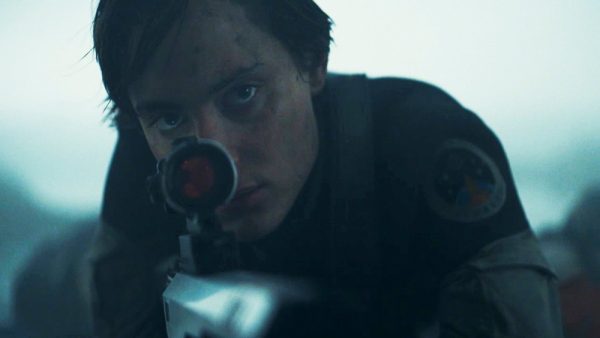 The opening text to The Colony establishes several ideas promising a potentially thoughtful sci-fi exercise, depicting a future where Earth’s population have decided to abandon the planet following a failure to combat everything from climate change to pandemics, only to set up return missions generations later as their new home’s environment causes certain levels to drop in woman rendering them unable to reproduce. With that in mind, Tim Fehlbaum’s film (co-writing alongside Mariko Minoguchi, Jo Rogers, and Tim Trachtec) appears ripe for a scathing social commentary on how humanity will always find a way to be its destroyer, yet where the film ends up is disappointingly a collection of tropes regarding movies about discovering ways to repopulate civilization.

This is made all the more frustrating considering The Colony does get off to an atmospheric start with astronaut Blake (Nora Arnezeder, often flat and unable to make the emotional beats resonate, although the blame is mainly on the cliché script that sinks the story the longer the movie goes on) crash landing back onto Earth. She is separated from her mission partner Tucker (Sope Dirisu), while still communicating, setting off to reach him as she explores her current location.

The landscapes are barren, there’s a thick white fog shrouding vision for miles, and there are unknown substances all over the beach-reminiscent terrain Blake decides to analyze. There’s an overwhelming sense of isolation and emptiness as she checks blood samples and wanders around a grimy and appropriately dour location. She also somewhat stumbles into accomplishing part of her mission early, discovering the environment allows its inhabitants to reproduce (I’m not entirely sure how that works beyond the vaguest of movie science, but she is also after a device that will prove her findings).

It also turns out that some survivors are leftover from the irreversible damage done to the planet, except they have gone mad and resemble troglodytes with slightly more intelligence. From here, The Colony is positioned to go in a refreshing direction, looking at what life is like for the few people that comprise future generations and how to re-create a functioning society. Not to mention, it’s also a terrifying look (and potentially a wake-up call for the deniers out there) at what might not be awaiting us, but our younger loved ones and their offspring. 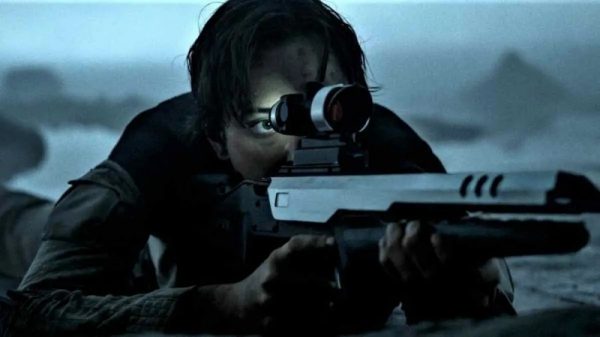 Within the blink of an eye, the storytelling shifts to one more plot-focused as Blake is kidnapped by the new rulers (Tucker meets a worse fate), striking up a friendship with a child that visits her holding place. This child named Maila (Bella Bading) happens to be separated from her mother (Sarah-Sofie Boussnina). Once Blake eventually does escape, things transition into protecting the girl while finding the magical plot device. There are one or two intriguing scenes between them where Blake explains what life was like on the new planet, but for the most part, nothing noteworthy comes from the subplot. If anything, it’s just the beginning for the tired material the script is gearing up to throw at the audience.

Eventually, Blake comes across Gibson (Iain Glen, who you probably know what to expect from if you have ever seen him as a character in just about anything before), someone from her former life who offers up more information about the people inhabiting the new Earth, and introduces her to another young child named Neil (Eden Gough). There are also flashbacks to Blake and her father (Sebastian Roché), who was a part of the first expedition back to Earth but went missing. As a result, Gibson explains what happened there, effectively setting the entire third act into motion. 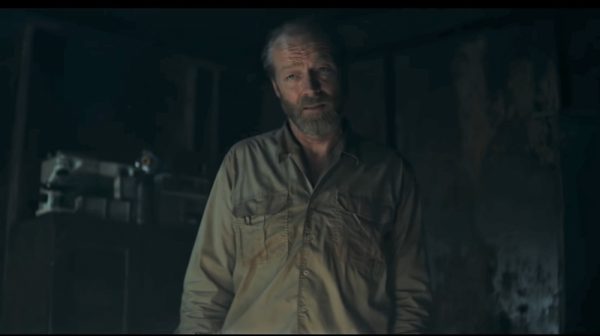 By this point, even the likable aspects such as the production design have lost their appeal as The Colony lumbers its way through every predictable revelation and action set-piece (which aren’t combined well at all with the fog). More frustrating, the film is also dull while doing all of those things. There’s a lot to praise in the first 20 minutes or so, but the only thing more impressive is how fast and forceful it’s all squandered to tell a generic story inside all of that topical world-building.