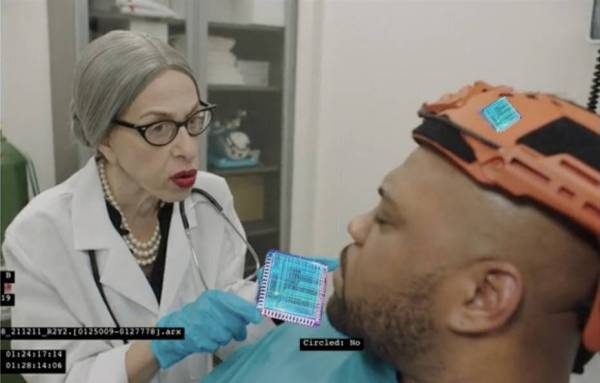 The upcoming launch of The Microchip That Ruined Halloween is terrific news for any fun-loving horror movie fan. Good quality content in the genre is substantially lacking lately; however, with the addition of this fantastic screenplay, co-written by Miriam Bavly and Peter John, the comedic thriller is going to be ground-breaking and there cannot be more appropriate timing for the movie’s release. Hitting the big screen in all its thrilling and humorous glory around the time of Halloween, The Microchip that Ruined Halloween makes up for a must-have on your marathon watch-list.

Apart from having a star-studded cast, this movie is riveting because of its compelling storyline and thrilling yet humorous script. Unlike some horror movies, The Microchip That Ruined Halloween balances out the scary bits with comedic punches rather than featuring gore acts. To cut the long story short, the narrative begins with a peculiar prison psychiatrist named Dr. Judy Kreplach. The psychiatrist goes rogue and implants a chip in one of the convicted. To their dismay, there is a malfunction in the microchip. The doctor provides the dangerous prisoner Robert Kewass (Torae Carr) a once-in-a-lifetime treat by releasing him into society, where he adapts to college life and later joins a fraternity. When the microchip begins to fail, Robert’s life undergoes changes that culminate in a terrible ending on the deadly day of Halloween.

BreakOut Music is a full-service production studio and music label focusing on the romantic comedy, drama, horror, action, and fantasy films. It was founded in 2019 by the dynamic duo and the brains behind The Microchip that Ruined Halloween Miriam Bavly and Peter John. Bavly brings strategic planning and domain expertise with award-winning mainstream press and filmmaking work. On the other hand, Peter John, an entertainment attorney and skillful artist who has represented several artists in million-dollar offers, brings music business expertise. Peter’s triumphs are not unseen or unheard of, as we have seen him on top of the Billboard and iTunes charts before. They are committed to reinforcing brilliant artists with smart branding to improve their visibility and writing thought-provoking screenplays that elevate society, and a project like The Microchip That Ruined Halloween is proof of their dedication to the industry.

You can learn more about BreakOut Music’s projects on their website here.