An intimate look at the extraordinary rise, fall, and redemption of televangelist Tammy Faye Bakker. 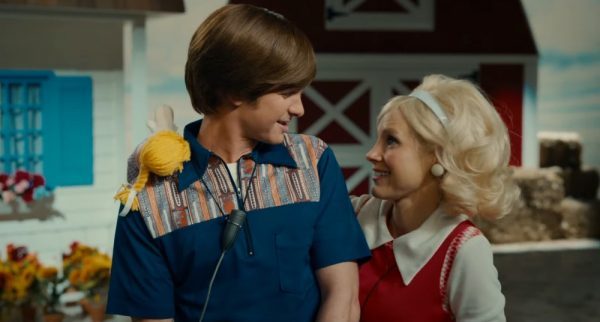 It seems to be a general rule of thumb that biopics determined to charge through a personality’s entire life within two hours are destined to be unwieldy and disjointed. That applies for director Michael Showalter’s The Eyes of Tammy Faye (which is written by Abe Sylvia, who mostly has TV credits to his name, which makes this an even bigger hurdle considering someone is stepping out of a comfort zone to tell a decades-spanning story in a medium that demands a tighter grip on structure, pacing, and editing), a film that, despite the title, is trying to tell the life story of two eccentric and intriguing individuals. Unfortunately, the experience is rushed and carelessly all over the place, unable to stay in one section long enough for anything in the moment or the near future to emotionally click; the study of these people never goes beyond surface-level interest. Instead, it’s a stampede of Wikipedia footnotes masquerading as compelling scenes through the guise of a pair of admittedly transformative and transfixing performances from Jessica Chastain and Andrew Garfield.

They are televangelists Jim and Tammy Bakker, who get involved with everything from a shady ministry to puppet shows, singing, telethons, family drama, and individual identity crises/personal baggage. And before getting into those, there’s a look at Tammy’s childhood where she is punished as an outcast and barred from participating in her parents’ Pentecostal preaching sessions following her mom getting a heated divorce. Nevertheless, Tammy feels God has called upon her for some higher purpose. 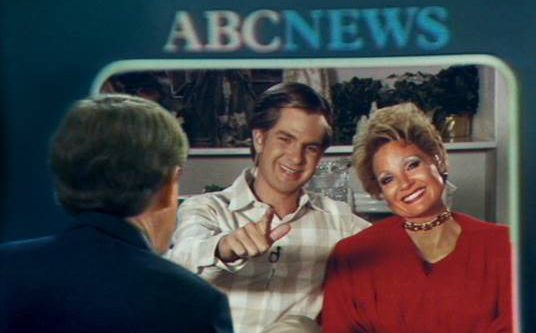 Flash forward about 12 years later, and Tammy is now studying the Bible in college. It’s there where she has a meet-cute with the boisterous and persuasive Jim Bakker, reading holy scriptures with enough conviction and intense energy to make her swoon. Now played by Jessica Chastain and Andrew Garfield, they quickly fall for one another (Lord knows they are both socially awkward almost to the point of hilarity, especially when it comes to expressing sexual desire) and drop out of school to get married (apparently, classmates are unable to do such a thing).

Tammy brings Jim home to mom Rachel (Cherry Jones, delivering a terrific performance right up there with the leads even if it’s not the showiest, conflicted on who her daughter is, who she is becoming, and her own misguided values), who naturally instantly disapproves and wonders how they can sustain their lives traveling on the road preaching the word of God. The answer to that question is to not even think about it because The Eyes of Tammy Faye definitely isn’t concerned with showing the effort and struggle put into the rise portion of its traditional tale of glory and shame. Anything the couple sets their minds to becomes a reality within minutes as the narrative flies through years without really cementing a firm grasp on the story it wants to tell. For a movie with Tammy Faye in the title, it often feels like the Jim Bakker picture as he becomes a prominent voice on television while Tammy takes time off to nurture a baby, encourages fundraising to keep their various business ventures and good deeds afloat, and generally overworks himself to the point of neglecting his wife. There are also secrets that Jim is keeping from Tammy (if you’re even remotely familiar with the duo, you already know) that, when revealed, simply doesn’t resonate beyond excellent acting. The Eyes of Tammy Faye never studies or probes the minds or actions of these celebrity figures, as the filmmakers would rather sit back and check off every important life development while the leads act their asses off in various era-appropriate costumes and heavy makeup (the latter of which is probably the only other category this has a shot at for nominations aside from Jessica Chastain’s stunning work).

It makes for a frustrating watch considering these are two flawed yet fascinating people that, while varying degrees of imperfect, were apparently misunderstood by the mainstream press (not to mention manipulated and betrayed by colleagues such as a bigoted monster and treacherous snake played by Vincent D’Onofrio). In the case of Tammy, she is devoted to God in a cultlike way that would typically send someone more progressively-minded running in the opposite direction but was actually a staunch supporter of the less fortunate, providing for teen moms and people with disabilities, and a proud supporter/ally of gays even during the height of the AIDS crisis. Having the complete picture, a more focused film would have elaborated on the childhood dysfunction and familial resentment into how it shaped Tammy into a promoter of the suitable lessons from the Bible. One heartrending sequence, in particular, sees Tammy interviewing AIDS activist Steve Pieters (Randy Havens) while the rest of the ministry lock horns with Jim about what’s transpiring and how they need to suppress the so-called liberal agenda. 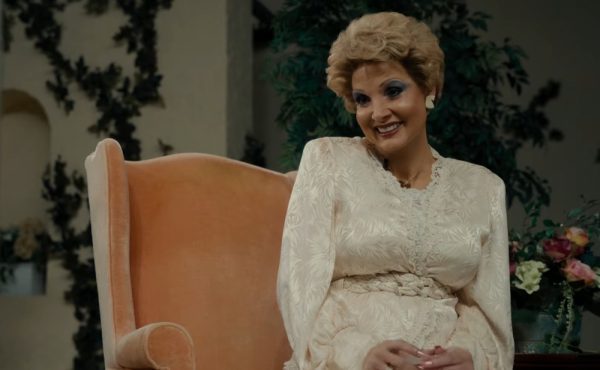 As mentioned, Jim has a lot on his plate, including a personal crisis which causes him to mistreat Tammy and behave unlikable, subsequently leading into numerous shouting matches (and some of the most idiosyncratic verbal arguing you will hear all year), so there is also much to hone in on for his character. The Eyes of Tammy Faye comes up short studying the evangelists, presenting the faintest portrait of people that are worth looking into and learning more about, whether it be to fact check everything going on here or sing the praises of not just an underappreciated LGBTQ ally, but someone that genuinely believes God created everyone equally. Her scenes of resistance and pushing back against the close-minded powers that be are engrossing and inspiring. Religious or not, it’s a commendable worldview.

Sadly, there’s not much else to see in The Eyes of Tammy Faye beyond an unrecognizable and astounding Jessica Chastain. Still, it’s hard to fully dismiss a film with performances this strong recontextualizing a misunderstood part of history and a complicated but wonderful human being.