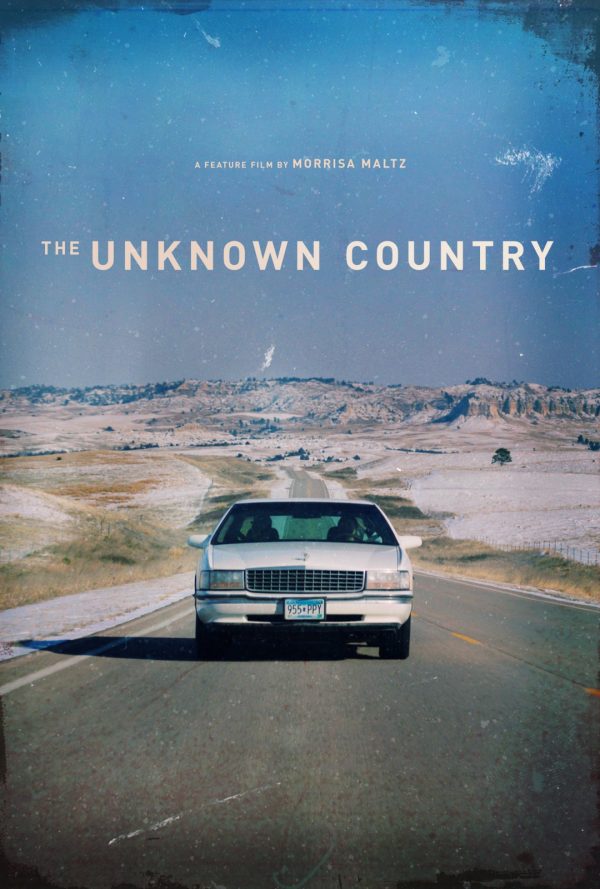 An invitation to reunite with her estranged Oglala Lakota family launches a grieving young woman on an unexpected road trip from the Midwest toward the Texas-Mexico border. 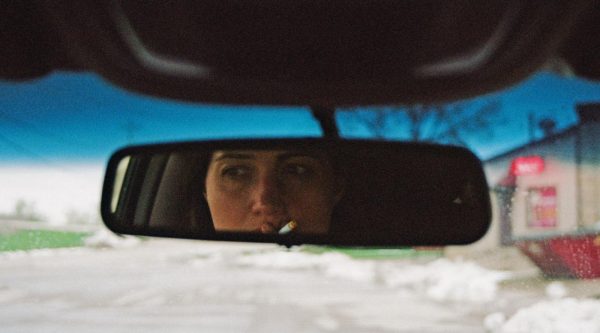 Lily Gladstone is a name sure to become known to many more once she appears in Martin Scorsese’s Killers of the Flower Moon later this year, but prior to that she offers up another testament to her understated allure in Morrisa Maltz’s low-key feature debut The Unknown Country.

Tana (Gladstone) is a woman grieving the recent death of her grandmother, while driving from Minneapolis to South Dakota for her cousin’s wedding. As she becomes reacquainted with her estranged Oglala Lakota family, she decides to extend her trip to Texas in order to investigate a remnant of her late grandma; a striking photograph of her as a seemingly carefree young woman. Where was the photo taken? And what is the meaning behind it? Tana hopes to find out while seeking a greater connection with both her departed relative and the United States itself.

If the fraught opening musical cues might suggest Maltz’s film to be a creeping, uneasy thriller, that’s really not the case at all; The Unknown Country is primarily a drama about grief, as Tana laments the loss of a cherished person and attempts to confront her own uneasy relationship with the land that surrounds her. Tana, in a period of personal flux, opens herself up to interactions with the many random folk she encounters on her road trip, all while headed towards a destination she hopes will bring her inner-peace.

Maltz makes the slightly odd yet effective decision to shoot her airy, even dreamy film as though a docu-drama, periodically splintering off for interview-like segments with local “characters” who appear to be mostly playing themselves. From a waitress to a motel owner, convenience store worker, and even Tana’s own embattled family, Maltz grants these under-explored perspectives space within her film to breathe. There’s a free-flowing looseness to these asides that fittingly accentuates the ambling nature of Tana’s road trip.

Though centered around Tana’s desire to self-actualise, the film as a whole rarely professes to be explicitly about any single subject. Yes, we frequently hear garbled radio chatter about the state of the U.S. today – with whispers of police brutality, global warming, and even Jeffrey Epstein – but this is as pointed or “obvious” as Maltz ever dares to get.

Its somewhat aimless storytelling – or rather, deference towards character over “plot” – won’t be for everyone, and some may find it low-energy to a fault, but as a confident mood-piece and showcase for Lily Gladstone’s sheer acting magnetism, The Unknown Country mostly works. If you’re prepared to drink in a laid-back character piece filtered through the under-scribed prism of the Native American experience, this certainly has its easy-going charms.

Most of the credit admittedly goes to Gladstone, who effortlessly carries the pic through even its quietest passages. She can say so much without really saying anything at all, perfectly bottling the anxiety of being a woman travelling alone across the U.S. – and a minority woman at that – while contending with loaded glances from men and, perhaps inevitably, a tense police traffic stop.

For large swaths of time she’s the only person on-screen, though Maltz also cannily pairs her with a bevy of intriguing “characters,” most of them credited as playing themselves and perhaps therefore lacking the actorly affectations that often undermine slice-of-life drama. Watching Tana interface with the locals feels real because, more often than not, it probably is.

Maltz’s naturalistic filmmaking style also emphasises that impression of authenticity, with so many moments in her film feeling like we’re intruding upon stolen moments we weren’t supposed to see. In his feature debut as a cinematographer, Andrew Hajek makes gorgeous use of natural light to capture both the harshness and beauty of the United States’ diverse landscapes, juxtaposed later with the buzzing neon sprawl that is urban Texas. Occasional interjections of moody dreampop music also help hammer home the breezy, hair-in-the-wind vibe.

A modest drama about navigating modern life in a heavily divided America, both specifically as a Native American and more broadly as a human being, The Unknown Country doesn’t strain itself to achieve profound catharsis, but is powered at all times by a compelling Lily Gladstone performance.