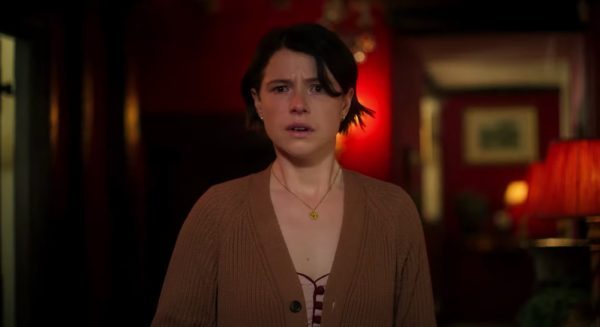 Writer-director Alex Garland is hoping to continue his impressive hot-streak following the one-two of Ex Machina and Annihilation with A24’s horror Men, which stars Oscar-nominee Jessie Buckley (Wild Rose) as Harper, a recently widowed woman who finds her peaceful getaway to the English countryside disrupted by something stalking her in the surrounding woods. You can read what we thought of the film in our ★★★★ review, and take a look at her first encounter with said ‘something’ by checking out the creepy new clip below….

In the aftermath of a personal tragedy, Harper (Jessie Buckley) retreats alone to the beautiful English countryside, hoping to have found a place to heal. But someone or something from the surrounding woods appears to be stalking her. What begins as simmering dread becomes a fully-formed nightmare, inhabited by her darkest memories and fears in visionary filmmaker Alex Garland’s (Ex Machina, Annihilation) feverish, shape-shifting new horror film.