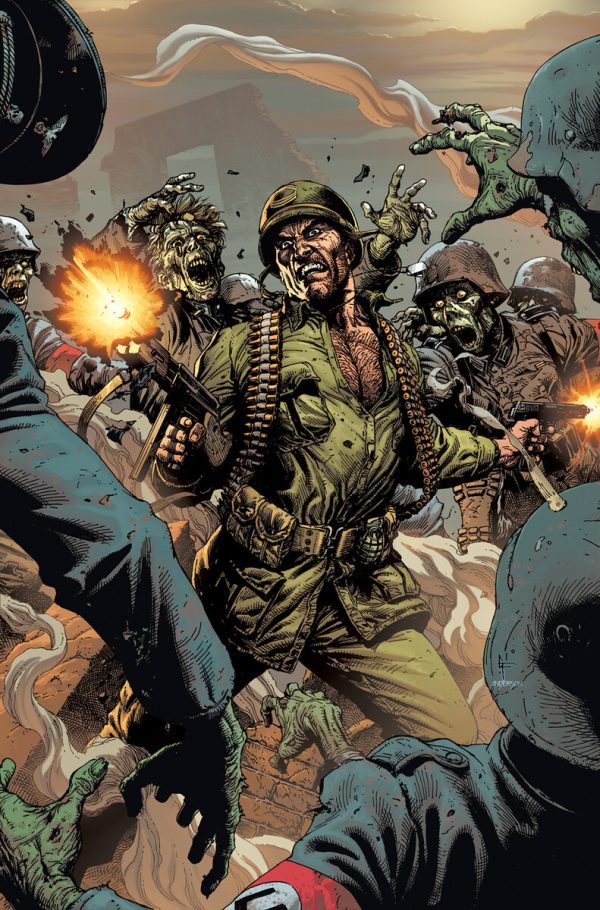 This fall, a DC icon returns… and so do the dead in DC Horror Presents: Sgt. Rock vs. The Army of the Dead.

The story begins in Berlin, 1944. The Nazis are flanked on all fronts by the combined Allied forces, and defeat seems inevitable. In a last-ditch effort to turn the tide of the war, Hitler and his team of evil scientists create a serum that resurrects their dead soldiers, creating an army of the dead even stronger than they were in life.

Sgt. Rock, hero of the European Theatre, and his Easy Company find themselves dispatched into enemy territory to face off against the strangest, most horrific enemies they’ve encountered yet: Nazi Zombies. 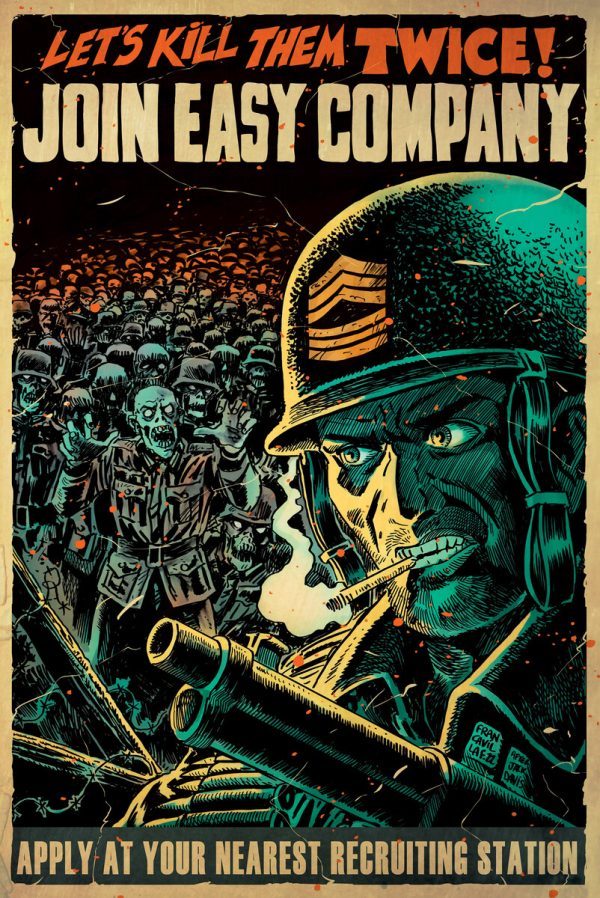 DC Horror Presents: Sgt. Rock vs. The Army of the Dead #1 will go on sale on September 27th.