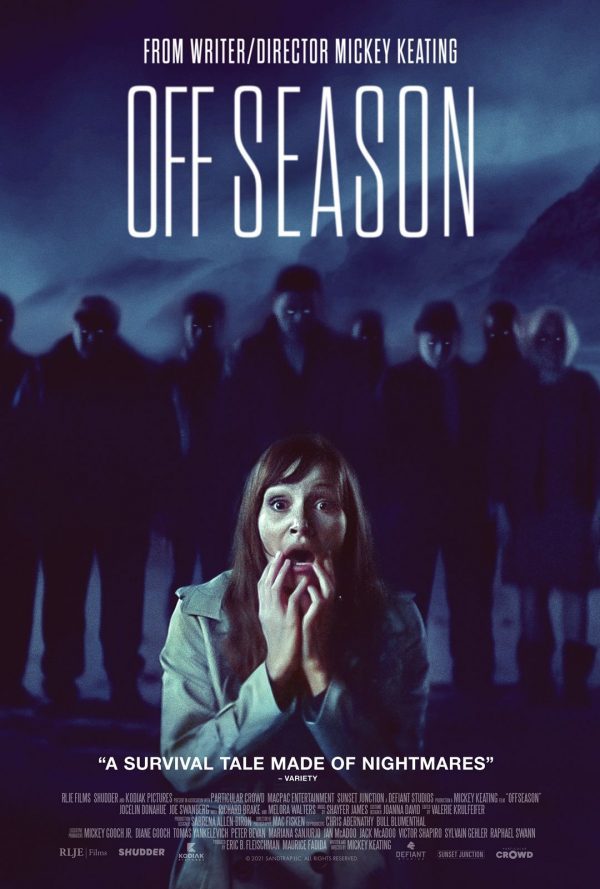 Upon receiving a mysterious letter that her mother’s grave has been vandalized, Marie travels to the desolate island town where she’s buried. Just as she arrives, the island closes for the season, leaving Marie trapped in a nightmare. 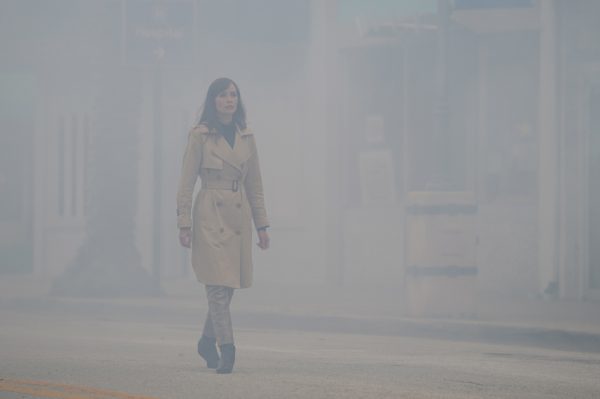 Offseason writer and director Mickey Keating loves Silent Hill. There’s not just a single nod to the gaming horror series, rather several. At one point, the protagonist becomes trapped inside the island town housing the gravesite of her dead mother, although she does try to leave as more than enough freaky stuff has already happened. Like in those games, a mysteriously raised drawbridge prevents anyone from entering or leaving. This realization forces Marie (Jocelin Donahue) to turn around, walking back into the town in, I shit you not, a thick fog with a re-created tracking shot. These are not just a collection of references or paying homage; it genuinely feels like Mickey Keating wants to make a Silent Hill movie or show that you can do the franchise justice with an adaptation. Hell, there might be more Silent Hill influence here in any of the actual movie adaptations.

I’m also not ranting for the sake of it, as even without knowing those games, it also feels as if Mickey Keating is more concerned with replicating the vibe, mood, and format of a survival horror game. As Marie is trapped, Offseason sees her going all about town looking for clues into what is happening in the town and how it’s related to a statement from her mother that she never wanted to be buried here in the first place. However, from the editing to the locations themselves, it feels more like watching a video game avatar enter places like museums and flower shops, searching for the relevant information, and then moving on to the next area of interest. Conveniently, the narrative is also broken up into six chapters to execute this. There is enough here to suggest that Mickey Keating could make a decent Silent Hill movie (to be fair, not many filmmakers could make a film worse than Revelations). The problem is that Offseason, which involves a town that’s early settlers have made a pact with a demon, never amounts to anything intriguing. The most engaging scene of the movie is the opening unbroken close-up of Marie’s mom Ava (Melora Walters), delivering a tense monologue about inescapable nightmares.

Richard Brake also shows up as the man in charge of the drawbridge but doesn’t chew the scenery until the story has lost the viewer. Joe Swanberg also pops up as Marie’s husband, who, in a moment of hilarious dark comedy, exits the car without saying a word to smoke a cigarette when after days of Marie barely communicating, she starts talking about demons and the final lucid moment of her mom’s life speaking of the town’s horrors. Essentially, the supporting cast is solid and doesn’t get anything to do until it’s too late. 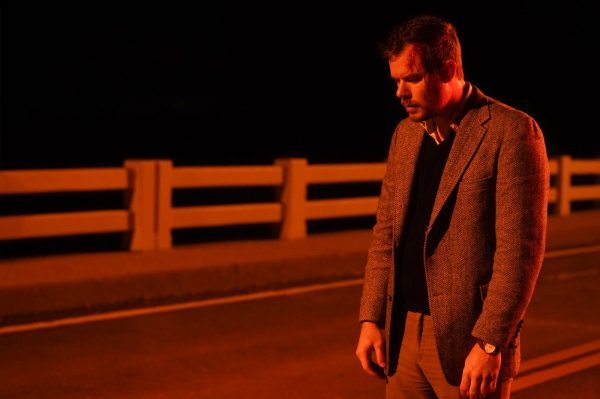 None of the secrets are particularly earth-shattering, and the characterization here is mostly nonexistent. Offseason succeeds at giving the town a sense of dread and unease, primarily as Marie interacts with some of the locals or stumbles around abandoned dark areas alone, but it’s also a bore without a single reason to care about anything happening. It’s also woefully incompetent at times, such as having a flashback that exists for absolutely no reason. Yes, there are unnecessary scenes in a movie that is already only 83 minutes. That’s how empty the story is here.