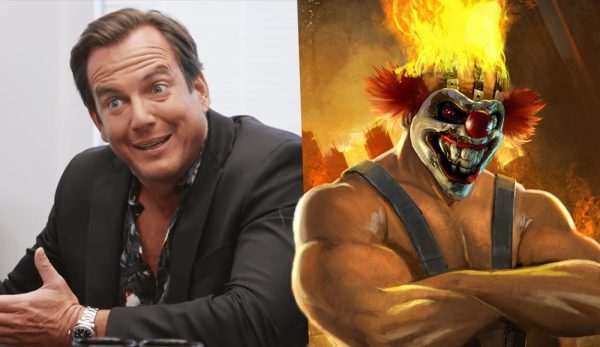 Based on the PlayStation video game franchise, Twisted Metal is a half-hour action comedy following “a motor-mouthed Milkman who is offered a chance at a better life, but only if he can successfully deliver a mysterious package across a post-apocalyptic wasteland. With the help of a trigger-happy car thief, he’ll face savage marauders driving vehicles of destruction and other dangers of the open road, including a deranged clown who drives an all too familiar ice cream truck.”

Arnett’s Sweet Tooth will be “a hilarious and terrifying hulk of a man, who is as emotional as he is cunning. A lover of chaos, this majestic rage-filled killer dons an ever-smiling clown mask and uses ‘Lost Vegas’ as his own personal kill-ground, all while he drives his infamous doomsday ice cream truck.”