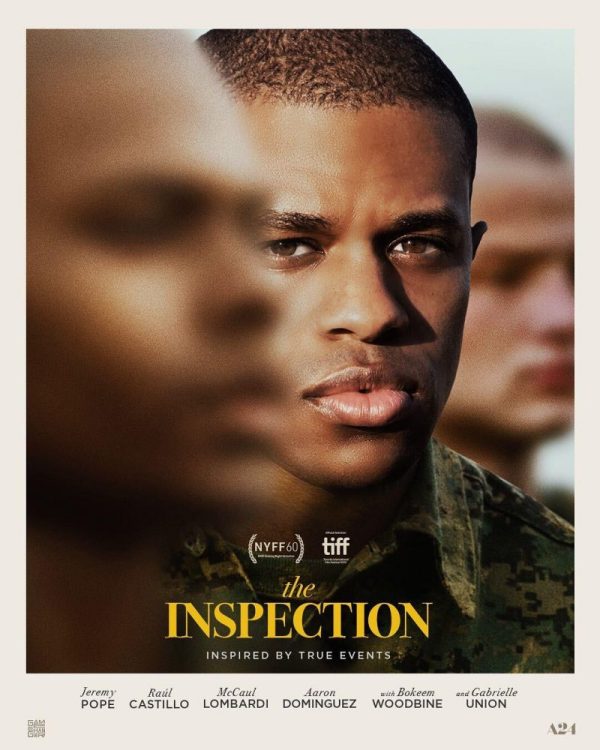 A young, gay Black man, rejected by his mother and with few options for his future, decides to join the Marines, doing whatever it takes to succeed in a system that would cast him aside.

Based on the life of first-time feature-length writer/director Elegance Bratton (primarily known for documentaries), The Inspection plays like Stanley Kubrick’s Full Metal Jacket with an LGBTQ slant. Standing in for the filmmaker, Jeremy Pope is Ellis French, a homeless gay man seeking the approval of his bigoted police officer mother (Gabrielle Union), that has essentially disowned him. Considering many of his friends are either in jail or dead, Ellis decides to sign up for the Marines thinking that if he dies, he will be a hero, and if he can complete the grueling boot camp training, then maybe his mother will perceive him differently and with respect.

Set sometime after 9/11, it’s no surprise that the Marine Corps doesn’t take kindly to anyone they suspect is gay. It doesn’t take long for Ellis to slip up (he gets an erection while showering alongside the other recruits) and become ostracized and the brunt of some extreme bullying at the hands of everyone, including drill instructor Leland Laws (a cruel and demanding Bokeem Woodbine, determined to turn these recruits into monsters).

Meanwhile, inspector Rosales (Raúl Castillo) is more levelheaded and fair, developing a friendship while looking down on Laws’ abusive ways (he comes across as convinced that no gay man could ever complete this basic training). Ellis is also not the only one hazed, as the group occasionally is vile to a Middle Eastern recruit, although, at a certain point, the troops stand down from their dehumanizing instructions to show solidarity.

There is a bracing authenticity to the verbal and physical viciousness Ellis suffers at the hands of everyone around him (he is almost drowned, has his shooting accuracy results tampered with, and is generally shunned). This is counterbalanced by intoxicating dream sequences where Ellis imagines sexual fantasies, at least before reality comes crashing down. Jeremy Pope also delivers an exhilarating performance of resiliency and drive, balanced with grace and sensitivity, determined to make it to graduation. But where The Inspection falters is the relationship between mother and son, often overplayed during the climactic scenes. Everything else here rings true and is consistently compelling. 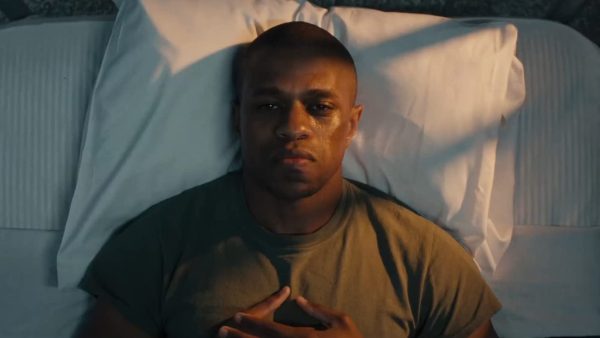 There are also some reservations about what message The Inspection is sending. It’s as if the film supports finding unity through treating each other like subhuman garbage and that some people will become accepting of homosexuals if they prove themselves to be worth it. The script fails at wrestling with the greater implications of toxic masculinity within Marine Corps boot camp training. It’s wonderful that the soldiers eventually find mutual respect for one another, but the cost is ugly, even if it does feel honest. That’s more than enough here, especially when combined with these top-notch performances.