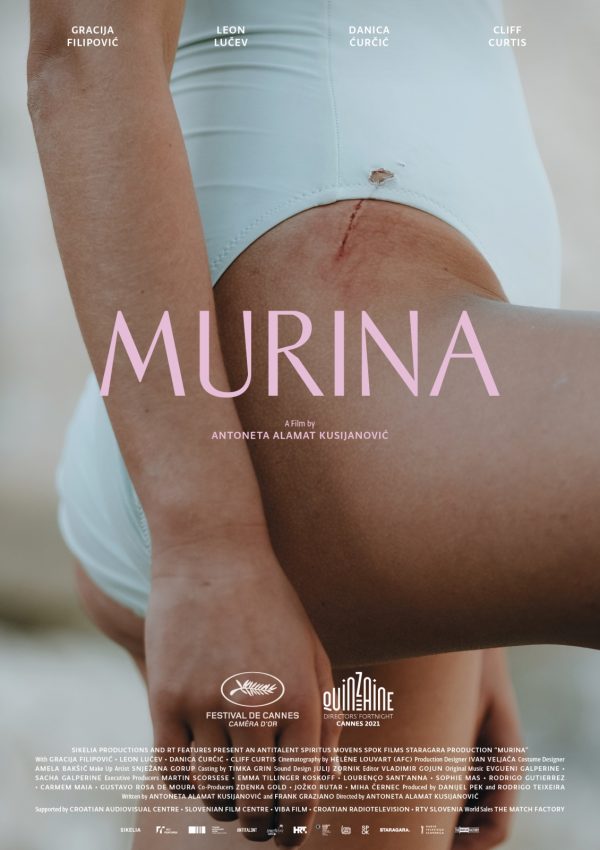 Living on an idyllic Croatian island, teenager Julija (played by Gracija Filipović) is at odds with her father. Controlling in the wants for his daughter, the family tension escalates when wealthy friend Javier (Cliff Curtis) comes to stay. A heady concoction of decades of emotion, the events of a few days in paradise are set to change everything. 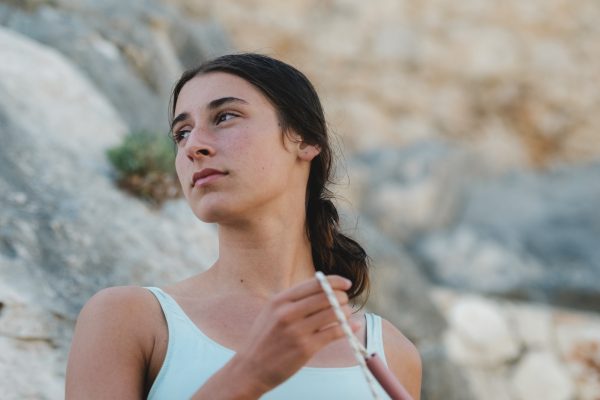 Closing Glasgow Film Festival with its UK premiere, Murina details a near loveless environment where outsiders would typically think to find it. Billed as a coming-of-age tragedy, the choice of media genre doesn’t do the narrative justice—spiralling way beyond teenage angst into the grip of ego sadism. Deliciously concocted through ethereal visuals and an extremely strong ensemble performance, Murina holds space for a haunting depiction of psychological torment that lingers in the mind.

As her feature length directorial debut, Antoneta Alamat Kusijanović holds no bars when crafting her writer’s voice. Kusijanović’s screenplay sings with teenage temper tantrums, insecure mothering and shocking flashes of tactical taunting that can only serve the male ego. Behind the camera, she’s just as masterful. With the likes of Martin Scorcese as executive producer under Sikelia Productions, the cinematography and visual storytelling had high expectations to reach—and reach it does. The endless weight of life’s torment pulls the audience into the abyss of the Adriatic Sea, with underwater shots suspended in time, energy and any sense of space. The highs of teenage life quite literally sail past Julija, her surroundings an exquisite metaphor for the refuge, escape and potential anguish any vast ocean can hold.

At times embodying an overtly repressed version of Mamma Mia, Murina is a far cry from any typical coming-of-age film that often depicts the plight of Western teens. An exceptional performance from Gracija Filipović, Julija is vivacious—yet is worn down and muted in her ability to feel hope for her future thanks to her oppressive living environment. Constantly a target of her father’s incessant mindgames, the narrative structure plays with the ultimate social standing of chest-beating masculinity. Not an original topic in its own right, the sobering plot points that develop into heart-stopping drama make Murina’s interpretation an essential watch.

Peeling back the subtext aside from the obvious teen connotation, there’s a lot to be said for the ‘Only Child syndrome’ present. Being the only kid in a room full of adults can be a tiring and overwhelming reality, consuming every subconscious decision and level of self-criticism. A clear product of her environment, Julija’s commitment to pushing back against her limited options perfectly epitomises the tunnel vision of how to do things when the immediate world is so small. A queasy feeling of discomfort that translates through the screen, Leon Lučev’s portrayal of the father puffs up a machismo that subtly reframes his family dynamic. Showing the well-known dangers to threatening the male ego, his continual small dick energy aims to pull his family’s strings—while instead, pulling them apart. 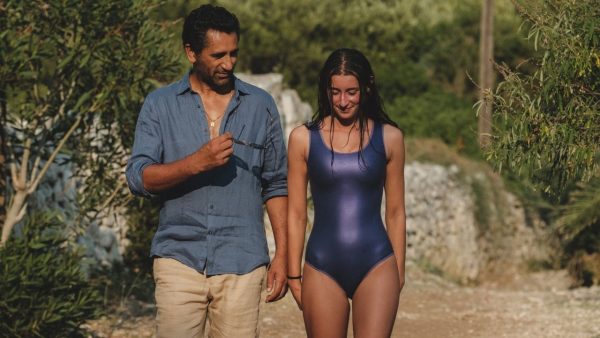 With its name likely a play on the species of eel, visceral gutting and sealife blood juxtaposes the emotional turmoil exploding across the shores of Murina. Gritty and far away enough from reality to distance personal resonance, the film questions character similarities and the realities of victimhood with an exceptional handle on its craft. Subconsciously achieving a multitude of outcomes across a streamlined structure, lack of accountability, relation to nudity, and the trust and understanding embedded in deep diving are each dissected in diluted waters and visually imbalanced nuance. A quietly powerful voice in the sea of cinema, Murina might float under the radar—but once seen, will hold a grip powerful enough to rival any fictional toxicity.