Hasitha Fernando with 10 underrated whodunnit movies you need to watch… 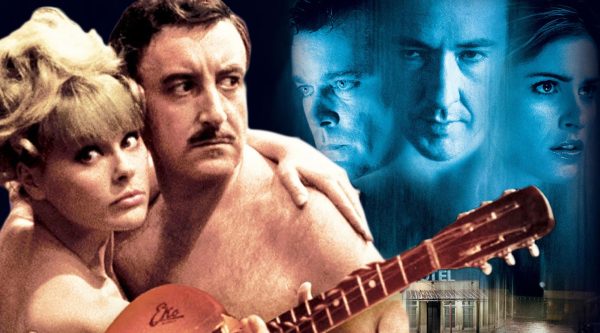 When one talks about whodunnit films, classic Agatha Christie adaptations like Murder on the Orient Express and Death on the Nile, springs to mind. The Usual Suspects, Se7en and Primal Fear are some of the more contemporary offerings which have gained popularity over the years, while horror-centric franchises like Scream and Happy Death Day cleverly subverted genre tropes previously established in whodunnit flicks. Nevertheless, there are always a few underrated gems that you may have overlooked, so here are a few you can check out… 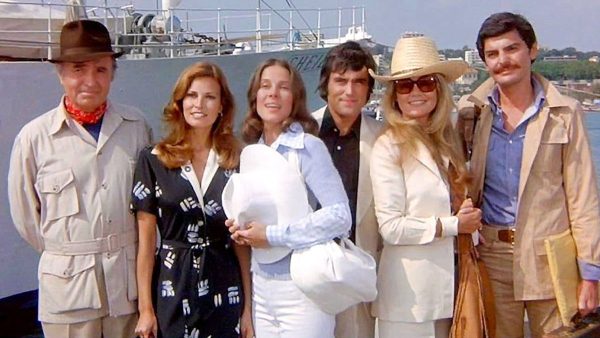 There will be a great many who will draw comparisons to this brilliant whodunnit film once they finish watching Glass Onion: A Knives Out Mystery, because its setting is eerily similar. A Hollywood movie producer with deep pockets, invites a group of his close-knit friends to spend a weekend on board his luxury cruise ship. But little do they know about the mystery game he’s devised nor the unanticipated chain of events that would eventually make things ugly. Based on an exquisitely crafted script by Stephen Sondheim and Anthony Perkins, and headlined by a star-studded cast, The Last of Sheila is an underrated masterclass of the whodunnit sub-genre that you should not miss. 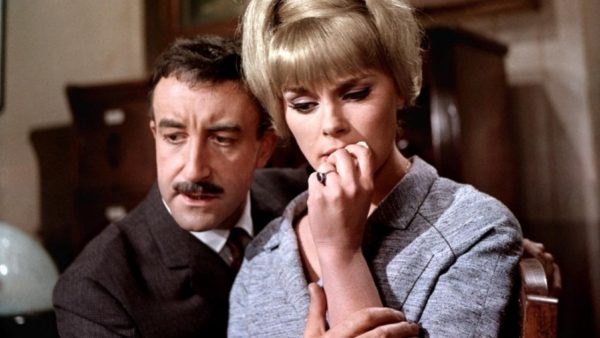 The second installment of the popular Pink Panther film series, A Shot in the Dark sees comedic genius Peter Sellers reprising his role as Inspector Jacques Clouseau of the French Sûreté. Introduced in 1963’s The Pink Panther Seller’s iconic character is a bumbling detective who stumbles his way around the place, but manages to solve each case assigned to him in the end. An adaptation of Harry Kurnitz’s stage play which in turn was based off of the French play L’Idiote by Marcel Achard, the story follows a twisty-turny murder mystery replete with gags that’ll have you rolling in stitches and anticipating what’ll happen next. 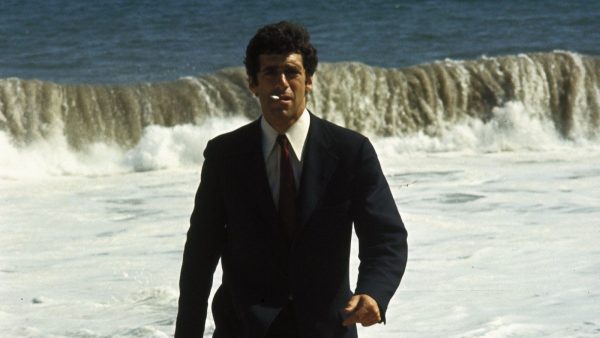 As an author Raymond Chandler has had a profound impact on literature for popularizing hardboiled crime fiction. Phillip Marlowe, his most famous creation in this particular genre was an instant hit with readers, and due to the growing popularity Hollywood sought to produce Chandler’s properties. The Long Goodbye was one the writer’s later works which was brought to life by acclaimed director Robert Altman. Shifting the narrative from the 50s to 70s Hollywood without losing the flavor of the original era, the flick features a cracker performance by Elliot Gould and an engrossing tale filled with romance, deceit and deception. A must see. 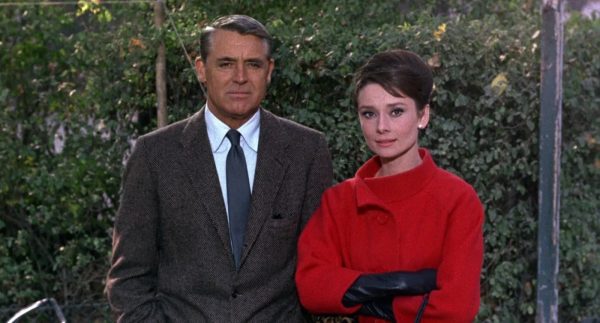 Cary Grant and Audrey Hepburn, need I say more? The stunningly charismatic duo effortlessly steers this globetrotting caper, which has been described as the ‘greatest Hitchcock movie Hitchcock never made’, transforming it into one of the most memorable whodunnit flicks to hail from that time period. Grant and Hepburn’s sparkling onscreen chemistry takes center stage, but the pair are ably assisted by an equally fabulous script and some stunning directing. Charade is a rarity that smoothly melds multiple genres- suspense thriller, romance and comedy- into one entertaining, whizbang whole. 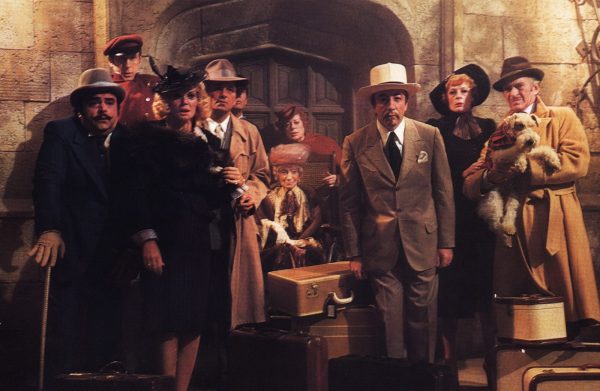 Conceived by critically lauded American playwright Neil Simon, the screenplay of Murder by Death ingeniously spoofs and pokes fun at established genre tropes that have often been associated with traditional country-house whodunnits. The movie goes a step further with its meta commentary by hiring an ensemble of talented Brits and American actors to play send-ups of popular sleuths found in detective novels like- Miss Marple, Hercule Poirot, Charlie Chan and Sam Spade. A Bonafide rib tickler like 1985’s Clue that will slay you with its humor and stimulate your little ‘grey cells’. 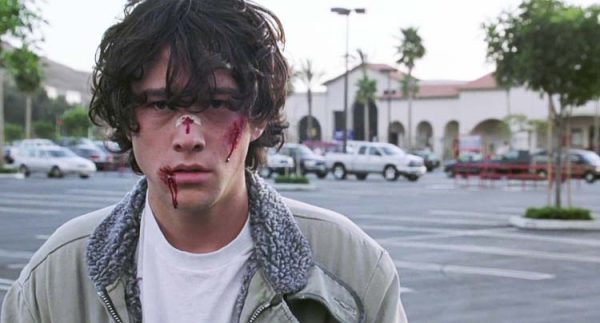 The wicked smart directorial debut of none other than writer/director Rian Johnson, who revitalized the whodunit genre with 2019’s Knives Out, Brick can be simply summed up as a hardboiled detective story taking place in a high-school setting. Its plot draws heavily from classics of detective fiction birthed by the likes of Dashiell Hammett and brilliantly subverts genre conventions, whilst functioning as an homage to classic Hollywood noirs. Joseph Gordan-Levitt, Lukas Haas and Nora Zehetner convincingly sell us this outlandish concept and we buy it hook, line and sinker. 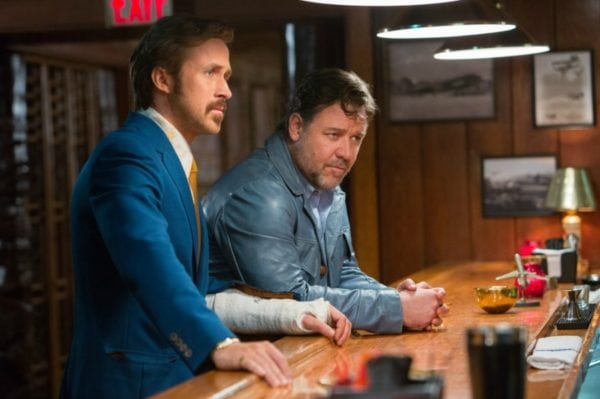 An oft overlooked buddy-comedy-detective-drama courtesy of Lethal Weapon creator Shane Black, this outrageously funny flick features A-listers Russell Crowe and Ryan Gosling hilariously playing against type to deliver one helluva topsy turvy adventure. Taking inspiration from Brett Halliday’s novel Blue Murder, Black and writer Anthony Bagarozzi have crafted an engrossing mystery set in vice ridden city of 1970s Los Angeles, that harkens back to some of the best buddy comedies of yesteryear. If you are looking for a kickass time, give this one a looksee. 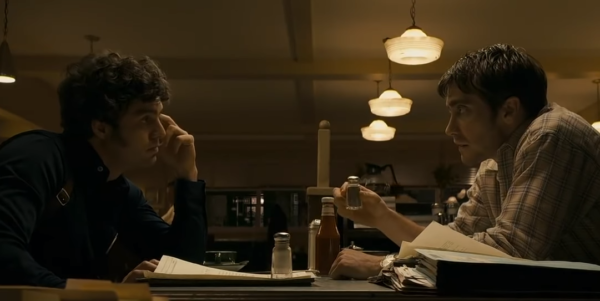 David Fincher at his worst is still leagues ahead that most of the Hollywood’s generic drivel, and the same goes for the filmmaker’s shockingly underrated Zodiac. Based on the non-fictious accounts of the Zodiac killer manhunt by Richard Graysmith, the movie focuses on the series of events that transpired following the mysterious murderer’s ghoulish ‘submissions’ to the local newspapers and the subsequent nationwide investigation that followed. Featuring pitch-perfect performances by Jake Gyllenhaal, Robert Downey Jr. and Mark Ruffalo, prior to their MCU stints, Zodiac is a gripping whodunnit without equal. 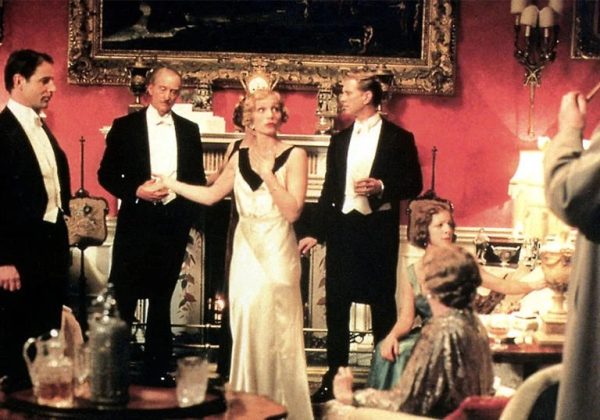 Influenced by Jean Renoir’s French classic La Règle du jeu (The Rules of the Game), Gosford Park is a classic Agatha Christie styled period whodunnit, that has gone under the radar of many. Bolstered by a delicious ensemble cast which features some of Britain’s most sought-after showbiz heavyweights, the film functions brilliantly as a love letter to classic whodunnits whilst possessing its own personality replete with biting satire and pitch-black humour. If a classic whodunnit is your particular brand of vodka, seek this out. 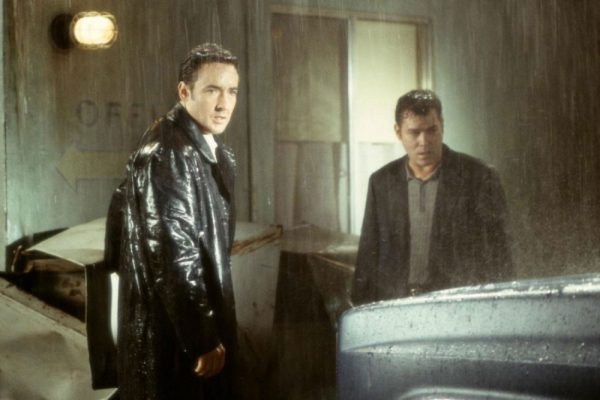 A movie that has achieved something of a cult-status, Identity possesses many of the trappings featured in classic whodunnits but still manages to be its own, unique thing. What starts out as a conventional ‘one-rainy-night’ thriller slowly snowballs into something else entirely, by the time its third act rolls in. Helmed by genre maestro James Mangold, of Logan and Ford v Ferrari fame, Identity is the sort of moody, contemporary take on whodunnits that we don’t get to see often these days, and that’s saying something.

Have you any hidden gem whodunnit movies to recommend? Let us know on our social channels @FlickeringMyth…