Judy Blume and the generations of readers who have sparked to her work. It will examine her impact on pop culture and the occasional controversies over her frankness about puberty and sex. 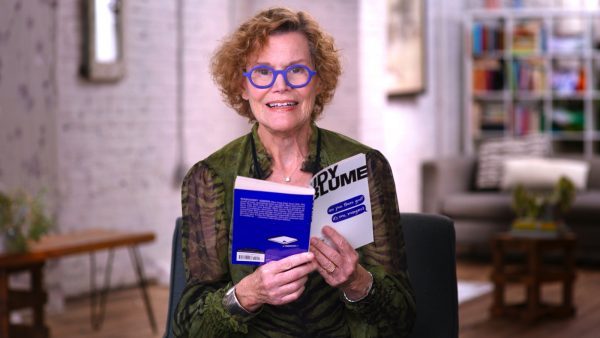 You won’t find many pop-culture figures more deserving of their own deep-dive documentary than legendary author Judy Blume, whose curious works of fiction have stoked the imaginations of children and adults alike for more than half a century. Now 84 years of age, Blume sits down with filmmakers Davina Pardo and Leah Wolchok to reflect broadly on her life’s work, in turn ensuring a spirited, informative, and thoroughly charming docu-profile.

Blume’s novels provided answers to generations of children which they were denied in schools and textbooks, her frank and healthy portrayal of sex to such a young audience basically feeling like a work of activism in its own right. Naturally it wasn’t long before Conservative America bit back, pigeonholing Blume as a “children’s writer” who should stay in her lane and risked “corrupting” the youth with her “filthy” writing. Libraries went on to ban her books, and as Reagan took power in the ’80s, things only got worse, with Blume fielding rampant death threats and a genuine fear of extremist reprisals. As some subjects point out, our hyper-reactionary present doesn’t exactly seem a million miles away from that.

But Blume’s work serves a greater public importance than merely attuning youngsters to honest dialogues about sex; they’ve also taught kids to think about other tricky subjects like existence, God, bullying, and mortality, and on a broader level expand their horizons while fostering their ability to question everything.

While Pardo and Wolchok’s film is a mostly down-the-line – if enjoyable – profile, it takes an interesting, unexpected turn as Blume reveals that she’s maintained an open correspondence with many fans, some even lasting decades from their childhood through to adulthood. In one adorable aside, Blume even flew to one fan’s graduation to support her during a period of familial strife, and has served as secret counsel for so many young readers struggling with their lives – including, in one eye-opening segment, an incest survivor who wrote to Judy for help.

But Blume confesses she’s not a trained therapist and, with thousands of fan letters coming her way, it can understandably take a toll. Blume herself ended up visiting a therapist who rightly told her, “You can’t save all these kids,” but being a support system nevertheless shows a generosity of spirit and time which few other authors could possibly lay claim to.

Though it’s fair to say that this seat-of-the-pants doc affords all of about 30 seconds to discussing more legitimate criticisms of Blume’s work as products of their time, it would still be unfair to call Judy Blume Forever a doting hagiography. A little more flesh on its bones would’ve been welcome, but in confessing the tectonic impact Blume’s literature continues to have on children and grown-ups alike, it accomplishes its primary goal with delightful ease.

It’s simply impossible to concentrate Blume’s life and career into a mere 97 minutes, but this entertaining, heart-warming doc still offers a breezy precis on the woman whether you’re a die-hard fan or never read a page.