2023 is looking like a good year for horror fans. With releases like M3GAN, Scream VI, Knock at the Cabin and Evil Dead Rise there is something for everyone. Another title worth paying attention to is Vertical Entertainment’s Alone at Night starring Ashley Benson, Luis Guzman, Jimmy Giannopoulos, G-Eazy, Pamela Anderson, Paris Hilton, John Robinson, Winnie Harlow, Cassius Corrigan and Sky Ferreira. 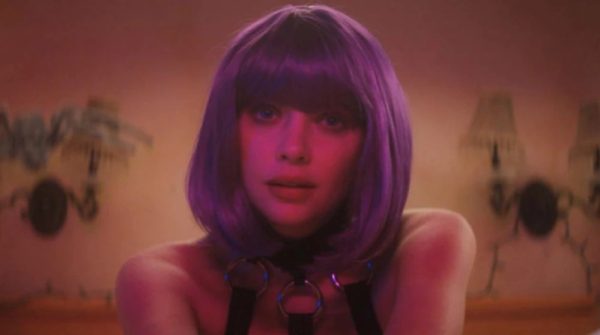 The film follows Vicky (Benson) as she tries to get through a breakup, spending her days in a remote cabin due to her ex kicking her out of their old place, with a plan to spend her next few days as a cam girl for an adult live-streaming website to make ends meet. But in her supposedly alone time to clear her head from everything she’s gone through, her night turns deadly as a masked killer on the loose is set to make her life a living hell. One of the most important aspects of a horror film is the cinematography, so we decided to speak to the man responsible for the look of Alone at Night, Peter Buntaine. Some of Peter’s credits include Don’t Be Nice, Keepers of the Game and Drunk Stoned Brilliant Dead. In the below exclusive interview, Peter discusses everything from how he got into the business to the look of Alone at Night, which is in theaters and on demand now…

What led you to become a cinematographer?

I started out doing still photography but couldn’t figure out how I could make any money doing that. I wasn’t really interested in product or fashion photography, I liked street photography. Then I started watching some direct cinema and cinema verite films, especially Maysles Brothers stuff, and seeing how they operated and moved the camera and something just clicked. I started working there and a lot of people I know and work with today grew out of that network. 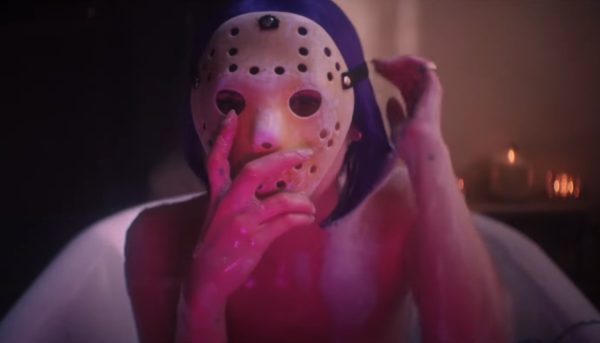 What was one of the first films you saw where you really noticed the cinematography and made you want to get in the business?

I think I always responded to the look of movies more than anything else about them, but it was some of those movies I was just mentioning, maybe Gimme Shelter was one of the first ones, that really made me want to get into filmmaking. Even though something like Alone At Night is about as far from a documentary as you can get, that’s where I started. But there are some lessons about handheld photography and moving the camera that you learn from documentary that I still hold with me to this day for sure.

What did pre-production look like for you on Alone at Night? Did you storyboard everything out?

Jimmy and I did shot lists for the film, but no storyboards, and the shotlists were mainly to check if there is enough time in the schedule for an allotted day, or that we would have the right piece of equipment. We both like to be inspired in the moment, on location with the lighting up, and see what the actors do, so we kept our plans loose. We also had a lot of references going in to draw from, so we were pretty aligned on the goals of each scene and had a visual shorthand. 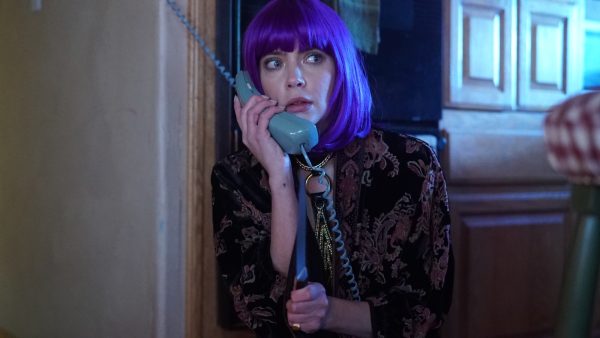 Can you tell us something about your work on Alone at Night audiences might not know?

The Key Grip, Bevis Tran, and I invented a skateboard gimbal apparatus for doing a tracking shot in a tiny crawlspace. We should probably patent it and retire.

Do you have a favorite shot from the film?

Whenever I watch one of my movies, what I see isn’t just the shot on screen, but also the experience of making it. For that reason, some of the fancier or more difficult shots to get rarely end up being my favorite. I would just pick any nice close-up of Ashley in our neon blue moonlight, and there’s a lot of those.

Were there any instances during the shoot where you had to pivot and change the shot up because something wasn’t working? If so, can you talk about it?

I think these come up on all films, and it’s a big part of the excitement of making movies, but also the frustration. There’s an old military saying “No battle plan survives first contact with the enemy.” On this movie – the way Jimmy and I did it though – the main plans we made were to provide ourselves the right amount of time and have the right gear on standby to be inspired in the moment – taking cues from the actors, the sets and the lighting. That way we didn’t really get too bogged down into trying to force something to work. The budget and time we had to work with to make the film was so tight, this was really the only way to do it. 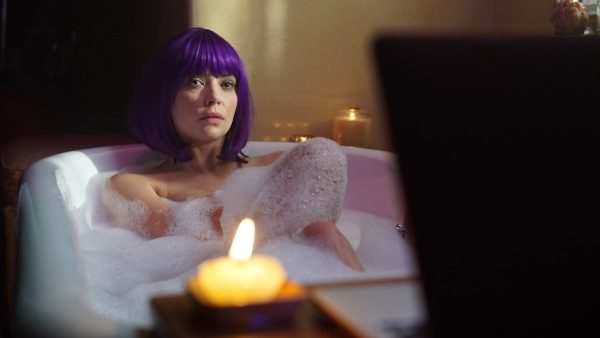 Is there a director or showrunner you would like to work with some day?

My favorite working experiences have always been with friends or people I’ve met through friends and built a relationship with, so it’s tough for me to give an answer about future collaborations in this way. I also really enjoy working with people early in their career or first-time directors because they haven’t had the sense knocked into them to do everything the same old way. That said, someone who I would love to meet and get to know, or just know what he is up to is Panos Cosmatos.

Many thanks to Peter Buntaine for taking the time for this interview. 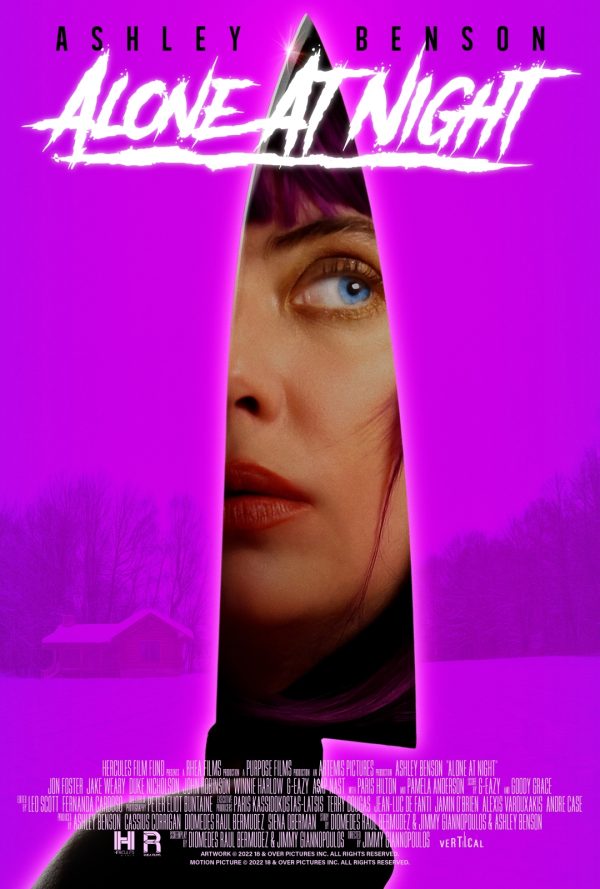