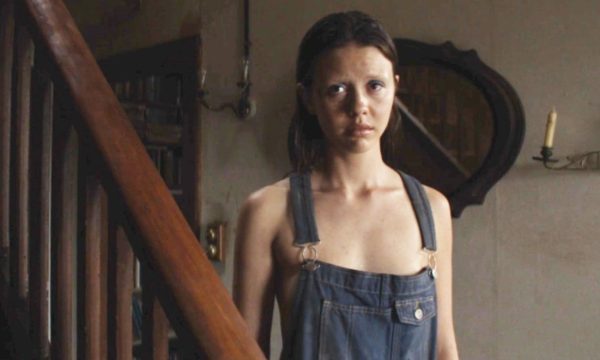 If you were following horror movies in 2022, it was impossible to escape the impact of X and Pearl.

The A24 slashers took the genre by storm, and Mia Goth was at the center of the films. The British actress served double duty in X, the 70s set slasher, and then delivered a career-defining turn as the titular role in Pearl.

Now, Goth is hyping up the upcoming third entry MaXXXine, an 80s-themed horror film following her final girl role in X. Speaking to Variety in an interview for another horror film Infinity Pool, Goth said the new entry would be bigger and better than the two previous entries. “It’s the biggest story of the three with the highest stakes, and Maxine has gone through so much at this point. So when we find her in this new world, she’s just a force to be reckoned with, and she goes through some pretty wild adventures,” Goth tells Deadline.

As the genre shifted from the more personal and horrifying 70s style, 80s horror became all about excess. More nudity, more gore, more insanity, and it seems like they’ll follow suit for MaXXXine.

SEE ALSO: Mia Goth in Pearl and why it needs to break the Oscars Horror curse

As Goth prepares for the film alongside director Ti West, she also says a lot of the same crew has returned, making it feel like a slasher family. “We’re all so tight now. This is going to be our third movie we’re working on together, and everyone’s coming back together, so it’s bringing the band all back together again,” says Goth.