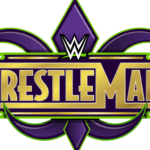 Liam Hoofe with a round-up of the latest wrestling news…  Women’s Elimination Chamber Match Confirmed During the opening segment of last night’s WWE Raw, Stephanie McMahon announced that following the first-ever women’s Royal Rumble match, the company would hold the first-ever women’s elimination chamber match at the upcoming pay-per-view. The match will be for the […]

The following is a guest post from WrestleTalk. Subscribe to their YouTube channel for new videos every day. The 8/22/16 edition of WWE Monday Night Raw reviewed in about 4 minutes – including Finn Balor forfeiting his newly won WWE Universal Championship, and how he’ll be on the shelf for the next six months from […]

The following is a guest post from WrestleTalk. Subscribe to their YouTube channel for new videos every day. In today’s WrestleTalk News, Velvet Sky joins the growing list of talent leaving TNA and Linda McMahon and John Cena gives conflicting interviews on the WWE’s PG rating and how wrestling should be presented. TNA Talent Exodus Continues Our […]