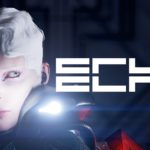 Copenhagen based indie developers Ultra Ultra have announced that their third person sci-fi adventure, Echo, will be released on the Playstation 4 on the 11th October.  A new gameplay trailer has been released showing off the sinister situation our heroine finds herself in.  Watch this trailer below…. Echo puts players in the shoes of En, a […]