A US Marshal investigates the disappearance of a patient who has escaped from a hospital for the criminally insane on Shutter Island.

I offer a warning prior to you reading this review – if you didn’t rush out to the cinema to see the visual and sensory spectacle that is Shutter Island then you have slid down the scale on which I estimate a person’s worth. This review is for those who have seen Shutter Island and were enthralled in every single twist and turn. Shutter Island was phenomenal the first time I watched it, and it got even better second time around as I could see and appreciate the fine details that went into telling a seat gripping story.

Shutter Island is a twisting, turning, gripping, thrilling, sensationally chilling film from its opening shots to its final scene. As an audience member in the cinema I was there with Teddy (Leonardo DiCaprio) every step of the way. Willing him on, watching his back and trying to piece together the clues. I was also just as clueless to the truth as Teddy himself. On my second viewing at home I was of a different position. The second time you watch Shutter Island it’s even more beautiful than the first. You can see the clues, the red herrings, the tricks, the hints, lies, and truth. On second viewing I found a whole new level of appreciation for the film. Teddy Daniels was the 67th patient of Ashecliff Mental Hospital. And I could see it.

On first viewing I was confused at times, second guessing the clues and trying to figure what was real. I thought that the opening scene on the ferry in which Teddy meets his new partner, Chuck (Mark Ruffalo), for the first time didn’t cut together well and it unnerved me slightly. It continued through the film to the point where Delores (Michelle Williams) is holding a bottle of whiskey and then appears to be holding nothing. A little later the patient Mrs. Kearns (Robin Bartlett) is handed a glass of water and then seemingly drinks from an imaginary glass, before placing a half full glass back on the table. Something wasn’t right and I knew it. These things were clear to me the first time around. Second time around I saw a whole lot more.

When Teddy and Chuck arrive on the island to be greeted by Deputy Warden Macpherson (John Carroll Lynch) he comments that everyone is on edge that day. This is because their most dangerous patient, Andrew Laeddis, is roaming free. Teddy then tells Chuck that he has seen this type of electrical fence before – because he has been a prisoner there for the past two years. Dr Cawley (Sir Ben Kingsley) is very playful with Teddy and is clearly hiding information from him – because this is all a big charade. The orderlies seem to know more than they let on. The patient’s repeat the same story told to Teddy by Dr Cawley. The telephone conveniently doesn’t work. Teddy cannot see the patient’s records. One patient smiles at Teddy. Another puts her finger to her lips to shush Teddy. All of which are because this is a game. When the guards are searching the rocks for Rachel Solando they look as though they aren’t really putting any effort into the search – because no one is really missing. The scene in the cell when Teddy meets Rachel (Emily Mortimer) doesn’t feel natural. Lots of the encounters Teddy has do not feel natural. Or real. And they aren’t. The whole charade created by Dr Cawley is so brilliant the second time around. Rather than being with Teddy on his search you can sit back and look at the film objectively, which allows you to click onto all these other hints and tricks. 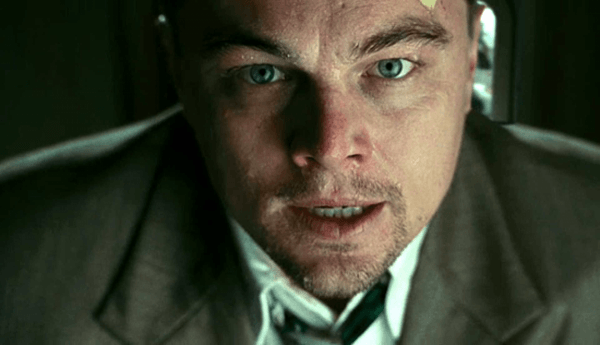 Martin Scorsese has masterfully created this film to get the audience bought into Teddy’s journey only to shatter it with the revelation that it is all in his imagination. He offers up so many suggestions as to what is real, but at first glance we disregard. All the above clues are so clearly visible on your second watch.

Similarly with Chuck’s character. First time around I knew he wasn’t being genuine. His little speech in the graveyard about all this being a trick to get Teddy to the island seemed to be offered up too easily. He was always there offering information, nudging Teddy in the right direction and making me suspicious. However, second time around it is so brilliant. Chuck tells Teddy that the world doesn’t work this way! He’s telling him that all this isn’t real! He spells it out for him! But, Teddy doesn’t see it. And neither did I. The scene in which Teddy and Chuck interview Mrs. Kearns she is asked what she thinks of Dr. Sheehan. Her eyes dart to Chuck for a second, and then back to Teddy. She tells him Dr Sheehan is easy on the eyes and looks again back to Chuck. Chuck smiles a little and looks at Teddy. First time around it seemed innocent enough. Second time around with the knowledge that Chuck is indeed Dr Sheehan it seems so clever. When Teddy then asks her if she knows of Andrew Laeddis she becomes distressed for seemingly no apart reason. Second time we know she is looking straight at Andrew Laeddis. If only I had realised this the first time around I may have solved this case before Teddy and proven myself smarter than the film. But, I didn’t. And I am not.

The first time I saw Shutter Island I was convinced that this was all to trick the US Marshall Teddy Daniels and keep him on the island – quiet. When the film finished I was still unsure as to what was real and what wasn’t. I questioned and second-guessed my theories and what I had seen. Was Teddy/Andrew crazy? Did he get better? I am now confident that I have amassed enough of the pieces of the jigsaw to see the picture clearly. When Dr Sheehan sits with Andrew and they share a smoke he refers to him as Chuck and has seemingly relapsed. Then Andrew/Teddy remarks to Dr Sheehan/Chuck that he ‘wonder’s what’s worse – to live as a monster, or die as a good man’. For me that was his decision that if he couldn’t live in his oblivious fantasy world as the war hero and US Marshall Teddy Daniels then he would rather not live as anyone. Andrew Laeddis created his fantasy world because he couldn’t live with the reality of what he had done. Andrew Laeddis then chose a lobotomy. No memories. No thoughts. No problems.

On blu-ray the film is spectacular and every tiny detail is clear as daylight. In the World War Two flashbacks every flake of snow that falls is so clear. As Teddy twitches and sweats on his journey to uncover the truth we can see all the finest details of DiCaprio’s face. When Chuck and Teddy share a smoke the smallest whips of smoke shimmer in the lighting as they glide upwards and disperse. 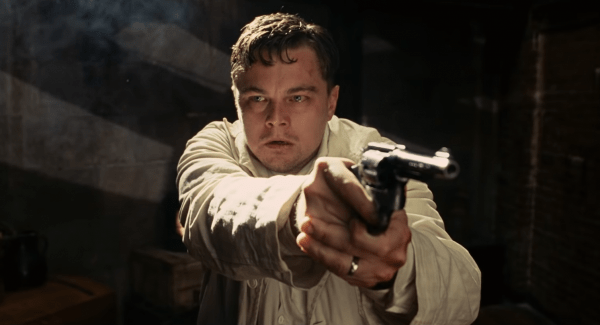 Shutter Island is easily the best film of 2010 and Oscar worthy with a master class on creating suspense. Martin Scorsese is on top form, as are DiCaprio and Sir Ben Kingsley. The film’s soundtrack is eerie and unnerving as it should be in a thriller with Scorsese collaborating with Robbie Robertson to collect together the music from already recorded sources rather than an original score. Scorsese steals a few tried and tested tricks on suspense from the master – Hitchcock, as he continually unnerves the audience and offers up truth and lies at a break neck pace. The story is brilliant and unfolds so as to not allow your brain to disengage for even a second. Every piece of this film fits together perfectly to create an outstanding puzzle that is complex, multi-layered and keeps you on the edge of your seat from start to finish. Watch it twice and pay attention. You sanity will be questioned.