In Nazi-occupied Luxembourg a young man chooses to embark upon a clandestine life in the Resistance and joins other deserters in an abandoned mine.

The Undercover War was Luxembourg’s submission for the 82nd annual Academy Award for Best Foreign Language Film, and while it failed to make any kind of impact in that particular category it must surely be a front runner for Most Misleading Cover of 2011. Released internationally as Réfractaire, you’d surely be forgiven for picking this up at your local branch of ASDA and expecting your typical run-of-the-mill WWII war film full of tanks, fighter planes, explosions and Nazis. However, there are no tanks here, no fighter planes, no explosions, and really only a handful on Nazis, for this isn’t your typical run-of-the-mill WWII film. Instead director Nicolas Steil delivers an interesting character-driven coming-of-age drama which takes a step back from the front lines to focus on the devastating cost of war to civilian life, an area that is so often overlooked in the years following Saving Private Ryan’s reinvention of the war movie.

After returning home to Luxembourg from a German university, François (Grégoire Leprince-Ringuet) is faced with the dilemma of being drafted into the Wehrmacht where he will be sent to the front to kill Allied soliders, or resisting and giving up his life to go into hiding. François opts for the latter and is taken by a family friend to an old abandoned mine that houses a number of deserters, known as ‘réfractaires’ (‘refractory people’, or to use the American translation, ‘draft dodgers’). Tainted by the actions of his father, who had collaborated with the Germans before being murdered, François has to earn the trust of the men and eventually begins to serve the resistance movement, where he soon discovers that the struggle to liberate his homeland is equally as dangerous as the battle on the front lines.

Complimenting the main storyline are a number of interesting and well-rounded supporting characters such as the lonely and promiscuous collaborator’s wife Malou (Marianne Basler), whose shame at her husband’s actions drives her into the arms of François, and fellow réfractaire Jacques (Carlo Brandt), a Communist extremist who looks to stamp his authority on the mine regardless of the cost to others. The cast all deliver believable performances, particularly those ‘buried alive’ in the mine, and you really get a sense of the desperation the men must have faced in such trying circumstances. This is no doubt helped by the fact that Steil and his crew shot twelve-hour days on location in actual disused mines, while production designer Christina Schaffer does a fine job of recreating 1940s Luxembourg for the exterior scenes.

Although some elements of The Undercover War are a tad clichéd – particularly François’ journey from timid student to resistance fighter – Steil does a good job of tying everything together and creating a thought-provoking piece that, while it was never likely to trouble the Academy voters, certainly provides something a little different from usual WWII efforts. As I implied at the start of this review, I’m sure a number of people will be disappointed based on their expectations from the cover art, but if you can get past that you might be surprised by what The Undercover War has to offer.

The Undercover War is released on DVD on January 3rd, 2011. 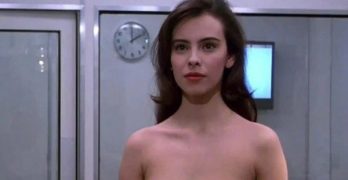