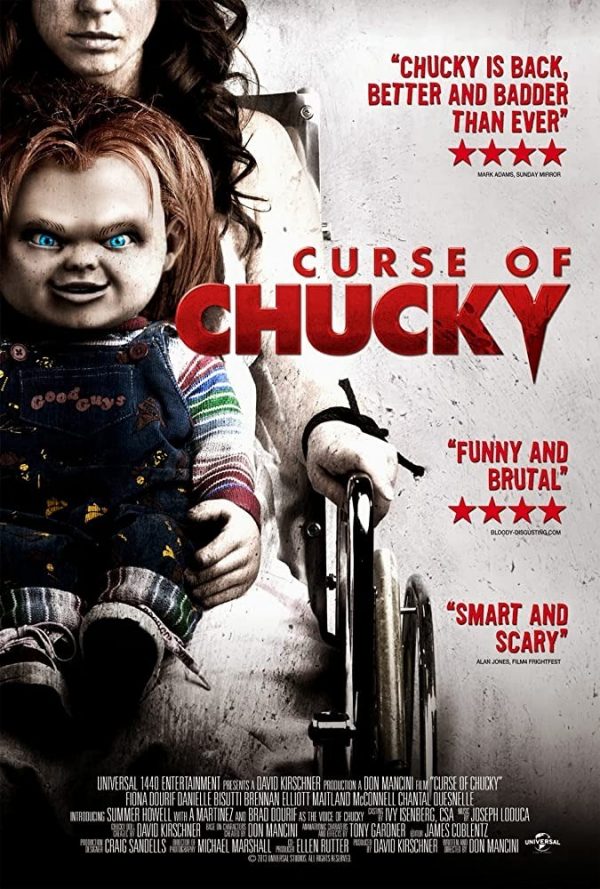 After her mother’s mysterious death, Nica begins to suspect that the talking, red-haired doll her visiting niece has been playing with may be the key to recent bloodshed and chaos. 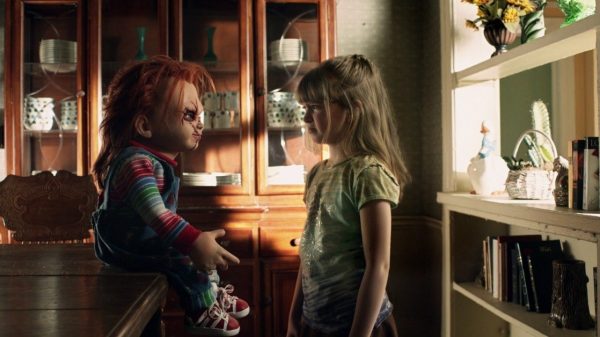 It’s been 9 years since we last saw him but Chucky is back! This time around we follow a wheelchair-bound girl named Nica (Fiona Dourif), whose mother just mysterious died and nobody seems to know why. Her older sister Barb, Barb’s husband Ian, their daughter Alice and their nanny Jill all come to stay with Nica after her mother’s death. Once they get settled in Alice befriends a suspicious doll named Chucky that came in a package right before Nica’s mother died. Strange things start to happen throughout the house which have Nica believing that Chucky is behind it all. The further the story goes the more secrets are revealed and Nica finds out more than she had intended.

Going all the way back to the first Child’s Play, the Chucky series has always been a guilty pleasure for me. None of the films are really all that good but they are fairly entertaining and have a few things going for them. Surprisingly enough the sixth entry ends up being one of the best in the series. What starts out as another generic Chucky movie ends up having some surprise twists that connects the film to all the previous films in the franchise. 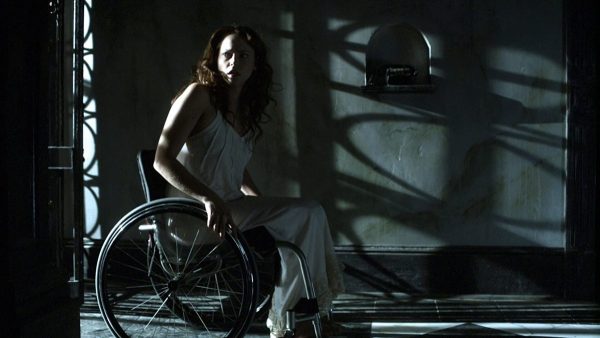 What’s great about Curse of Chucky is the way it connects to all the other films. I found myself somewhat interested in the beginning of the film but was even more invested in the third act when secrets come out and they find a really great way to tie this in with the other films. Of course a Chucky film wouldn’t be good without the voice of Brad Dourif behind the evil doll Chucky. This series probably wouldn’t even exist if it weren’t for Dourif’s great voiceover work and here he does another fantastic job. The cinematography is another positive here as the camera work is used to great effect and gives the film an overall creepy and eerie vibe throughout.

Aside from the last forty-five minutes of this film, the first forty-five minutes are where the film lags a bit. While the cinematography is good it all mostly feels like a generic slasher film with some decent moments here and there. A lot of that has to do with the fact that none of the characters or actors are much fun to watch. Other than Fiona Dourif, who does do a pretty nice job, everyone else is just going through the motions and doesn’t even seem to be trying. There are a couple of nice death scenes but most of them are pretty weak which is a shame in this kind of film. 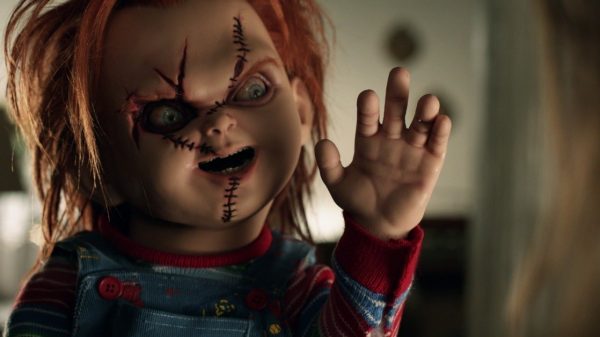 Curse of Chucky starts out like a reboot but ends up being a good sixth entry into this series. Very weak acting, poor characters and a slow first half keep this from being better. A great second half is what makes this film worth watching especially if you are a fan of the other films in the series.