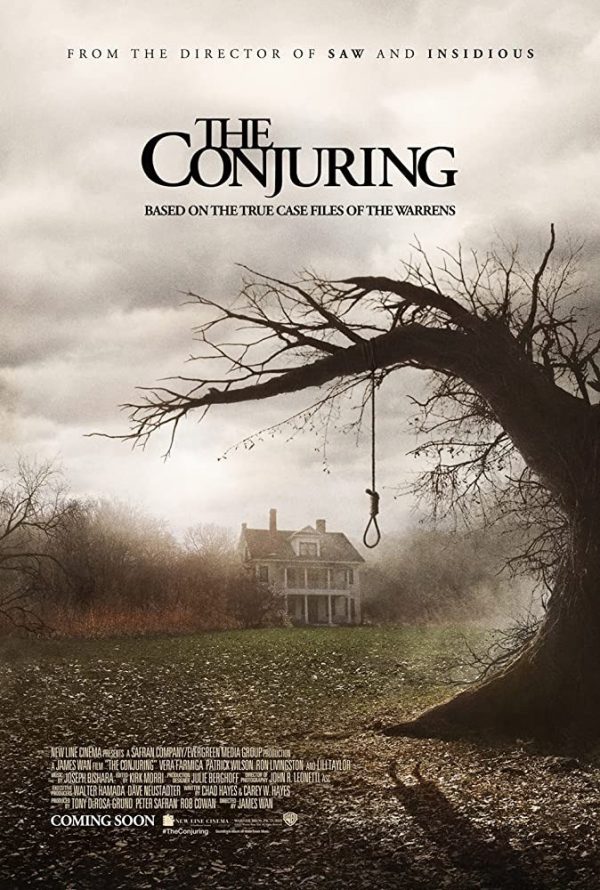 Paranormal investigators Ed and Lorraine Warren work to help a family terrorized by a dark presence in their farmhouse. 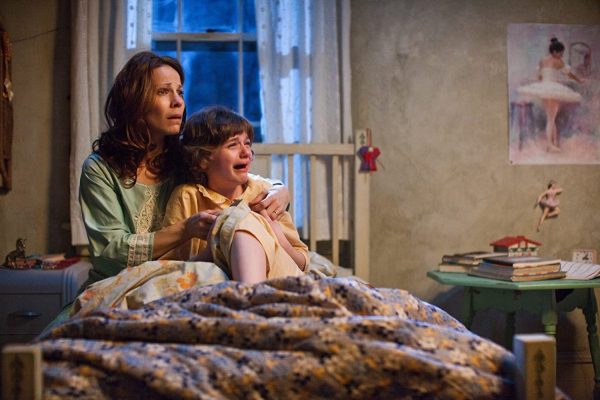 The Conjuring is the latest film to try and recapture the feel of old school horror. Surprisingly enough,it is able to do that with flying colors. In the film, the Perron family – Carolyn (Lili Taylor) and Roger (Ron Livingston) and their five daughters – move into a new home that turns out not to be what they had hoped for. Their new home is plagued by some form of evil spirit that terrorizes them and will stop at nothing. Not knowing what to do the family calls upon the services of Lorraine (Vera Farmiga) and Ed Warren (Patrick Wilson), paranormal investigators who are experts in dealing with dark forces, to help them try and cleanse their new home from evil.

There are three factors that make The Conjuring better than the majority of recent horror films: it has a good story with a nice set up, compelling characters that you actually hope make it to the end, and is actually quite scary. When I say the film is scary I don’t just mean jump scares, which this does have plenty of; I mean the sense of atmosphere the film creates that makes it truly haunting. The last horror film I saw that I genuinely thought was scary was last year’s Sinister, which I praised as one of the best horrors of the past few years. I believe that The Conjuring surpasses what Sinister did and takes things to a level that the horror genre has been missing for a number of years. 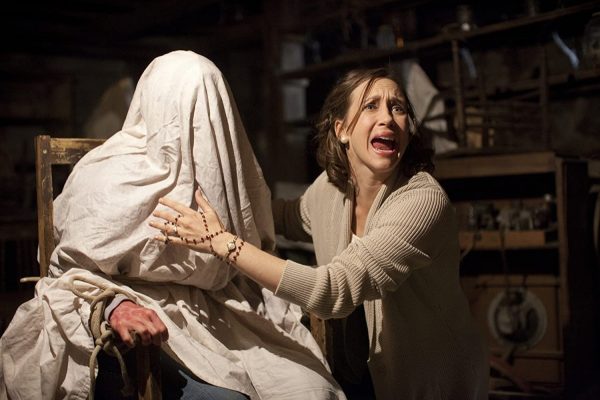 To go along with great storytelling and characters, the film works from a technical standpoint as well. There are some really excellent shots here thanks to some great cinematography. The cinematography really plays a part in making a lot of the scenes frightening as does the direction by James Wan (Insidious) who does another fine job behind the camera. It’s a shame that this will supposedly be Wan’s last horror because he really is putting his mark on the genre as one of the great directors.

Having compelling characters only works if you have good acting to go along with them, and thankfully the acting in The Conjuring is quite good. Aside from Vera Farmiga, I’ve never been crazy about any of the other main actors in the film but they all give good performances here. Farmiga and Patrick Wilson have great chemistry as the ghost hunters and both really do well in their roles. Lili Taylor and Ron Livingston are both great as well giving what feel like very real performances. Surprisingly the five girls who play the daughters of the Perron family all do some good work too. Usually in horror films kids can be really hit or miss but here they all play their parts well. 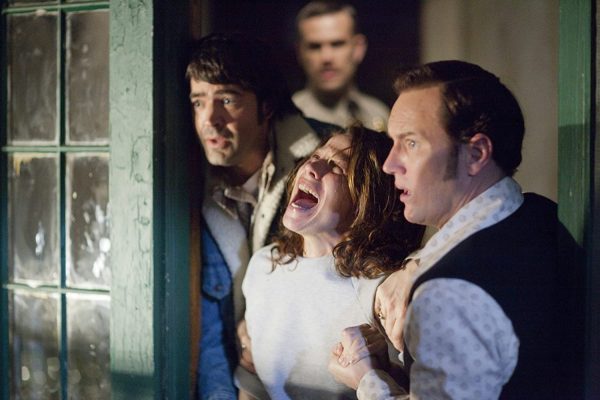 The Conjuring is one of the best horror films in quite some time. It works on almost every level, not only as a horror but as a film in general. Plenty of truly frightening moments and great storytelling make this one definitely worth checking out.