Tony Black on the book plots lost in Game of Thrones… 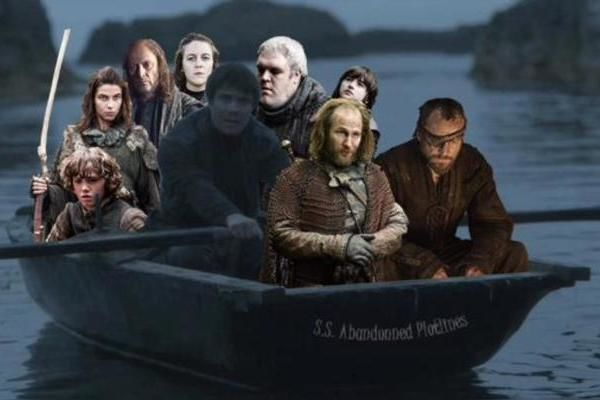 And so it begins, the great post-Game of Thrones withdrawal period, and it’s especially potent this year given how season six was arguably one of the most exciting seasons David Benioff & D.B. Weiss have ever given us. Looking ahead to the final (or perhaps two final) seasons, it’s very easy to think and plot and scheme and wonder about just how George R.R. Martin’s epic saga may end now all the pieces are in place for a gigantic final conflict, but it’s equally as interesting to consider what remains left on the table in terms of adaptation from A Song of Ice & Fire, Martin’s own source material. This last season famously was the first to break out on its own, move past the books, and go where no Valryian dragon had gone before, but despite the sheer volume of storylines in play on Game of Thrones, there are a few bits and pieces that haven’t been adapted. Some may still come into play, some almost certainly won’t, but let’s have a gander at the deeper narratives in Martin’s books that thus far have been left on the table.

Arguably one of the biggest, and arguably one everyone suspected we might be getting at the tail end of season six and, well… we didn’t. Put simply, Lady Stoneheart is a reborn, evil zombie version of the late Catelyn Stark, who in A Feast For Crows assumes command of the Brotherhood Without Banners and storms across the Riverlands seeking revenge for her untimely death at the ‘Red Wedding’, and it’s fair to say she begins to turn the Brotherhood away from the plucky bunch of quasi-Robin Hood’s they were into a rather savage band of murderers slaughtering anyone in their path. Well what would you do if an undead lady of the North was *your* boss?

Stoneheart is a massive WTF? twist in the books it would be amazing to see come around on the show. The Brotherhood slipped back into the story via The Hound’s return in Season Six and many wondered if we might see Stoneheart in control after Lem Lemoncloak’s boys killed poor Ian “tits and dragons” McShane, and equally many suspected after her stabbing in Braavos that for the show the Stoneheart concept may be ported into Arya Stark. As of yet, we’ve no indication the show is going anywhere near Stoneheart and given we’re racing to the conclusion now, this may be one deadly villainess who remains solely on the page. 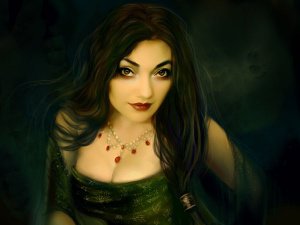 Dorne, then. Poor Dorne. The one Kingdom that Game of Thrones absolutely cocked up when translating from page to screen. So much has been written about why the Dorne story in Season Five was bobbins, and consequently they barely even feature in season six, but the sad fact is that the Martell’s and their place in Westeros is so much richer and more interesting in Martin’s prose, and there are plenty more Martell’s and associated characters in his Dorne narrative than we’ve seen thus far in the series, where we’ve only seen the dead before his time Oberyn, anaemic Doran, and the sexy but annoying Ellaria & her Sand Snakes. They’re all just a bit cheesy and shit in the show, so what differs in the books?

For a start, there’s Arianne Martell, and it’s almost a crime she’s been ignored in the TV show, because she’s cool as heck; calculating, seductive, manipulative, she’s basically everything they tried and failed to do on the show with Ellaria (and partly succeeded with Margaery), and she’s the key to a much more interesting battle of internal politics within Dorne involving a complex plot to crown Myrcella Baratheon as Queen of the Seven Kingdoms, raise banners behind her, and aid the Targaryen restoration.

Arianne’s presence also allows for appearances by good characters such as the well meaning Ser Arys Oakheart, or even better Ser Gerold Dayne aka ‘Darkstar’, related to Ser Arthur Dayne who we saw in the badass Tower of Joy sequence in season six. The whole Dorne story in the books is lots of that, basically, and it’s way better than Jaime & Bronn’s failed rescue attempt, lots of dull conversations & tits and flirting between Bronn & Tyene Sand.

That’s not even mentioning Quentyn Martell, the third Martell brother to Doran & Oberyn, and his mission to become the suitor of Daenerys. He’s admittedly a bit of a prat but in A Dance of Dragons, Dany has a bunch of suitors heading to try and wed her, and his involvement helps connect another highly crucial player in the Targaryen saga the show has skipped over, or may be combining into another major player… 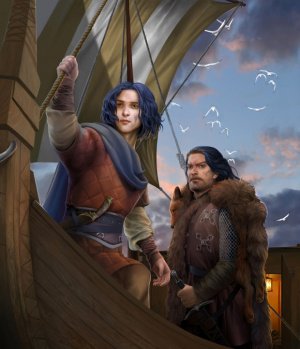 Who? It’s a good question. Remember when Tyrion Lannister killed his father and was smuggled out to Pentos at the end of season four/start of season five? Well the books differ from his jaunt through Valryia with Jorah Mormont, and instead he finds himself on a boat with a young lad named ‘Griff’, being protected by Ser Jon Connington, a former Hand to the Mad King and an old pal of Ned Stark & Robert Baratheon. During this voyage, heading for Daenerys through the wilds of Essos, it begins to become apparent that Griff is infact Aegon Targaryen, one of the children of Rhaegar Targaryen & Elia Martell supposedly murdered by the Mountain during Robert’s Rebellion (and the primary reason why the Dornish are after both revenge and to get the Targaryen’s back on the throne).

It’s believed that Lord Varys may have swopped out baby Aegon for another baby and, much like he smuggled away young Dany & her brother Viserys, got little Aegon out of Kings Landing before he could be killed. Ever since he’s been growing up with the alias ‘Griff’, waiting for the point he can reach & marry his aunt Dany, and rightfully become King of the Seven Kingdoms with she as his Queen.

First, yuck. Second, why on earth haven’t we seen this guy on Game of Thrones yet?! He’s surely quite a major character, right? Yet another Targaryen who could hold a claim to the Seven Kingdoms after being unlawfully deposed? It doesn’t look likely we’ll see Griff now, or Jon Connington, perhaps to prevent yet another complication in the already complex tapestry of claims and thrones and players racing toward the end, but maybe we will in a different way.

During ‘The Winds of Winter’, some of those who slowed down and listened to Bran Stark’s vision of Lyanna Stark giving birth to Rhaegar’s secret child in the Tower of Joy are convinced she whispered the baby’s name as ‘Aegon’ (though just as many heard ‘Jaehaerys’, so…) but either way HBO later confirmed in a hugely confusing infographic that baby was Jon Snow. This means, almost certainly, the whole Aegon concept is being ported into Jon and played in a very different way and, y’know, this may not be a bad move, streamlining a few players to make the final game more interesting.

Couple Jon’s claim with the Dornish plot alongside now the Tyrell’s & Dany heading to Westeros with her massive army, justice in the Seven Kingdoms is surely on its way, right? Not necessarily. Not if Euron gets the horn… 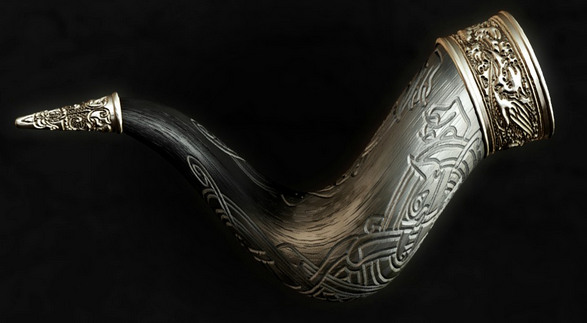 Forgive the dirty phrasing, but one of the major elements the whole Greyjoy story in season six was missing, was Euron Greyjoy’s dragon horn, Dragonbinder. We of course met Euron, had the Kingsmoot (which up until this year was one of the major plots missing on the show though, to be fair, the books do it way better), but there was nary a sign of his big horn. By the end of A Dance of Dragons, Euron sends his brother Victarion (a badass dude also left out of the show, and largely folded into Yara Greyjoy) to bring Daenerys back to Pyke so he can bed & wed her in his determination to conquer the Seven Kingdoms (because he’s batshit mental), and in the show his mission is largely the same – wed Dany, take power, and definitely try and slaughter his wayward siblings Theon & Yara along the way for their betrayal.

What’s this dragon horn then, and why is it important? I mentioned this in my previous article talking about what Samwell Tarly may find in the Oldtown Citadel, but in short: in the books, Euron talks about how he’s basically sailed everywhere on his terrifying sounding ship, the Silence, even to the darkest corners of Asshai at the end of the world, plus the haunted ruins of Valyria, and it was tooling around those parts he came into possession of Dragonbinder, a horn which can summon and control dragons. These were commonplace in Old Valryia, where dragons were part of everyday life and controlled by dragon lords before the Doom of Valyria destroyed them all… or so it appeared. Euron packs Victarion off with the horn so he can presumably get Dany to do his bidding when she, undoubtedly, says “errrr… busy!” at his demands to go back to the Iron Islands with her.

Admittedly, Euron thus far in the show hasn’t been nearly as cool, crazy or badass as in the books, largely because we’ve barely seen the guy, but he’s absolutely on course for a Daenerys-shaped confrontation. If he should have Dragonbinder knocking about in his hold, that could majorly level the playing field in what sounds like a fairly one-sided battle for Daenerys next season, like when England played Iceland at Euro 2016, remember that? Oh wait… 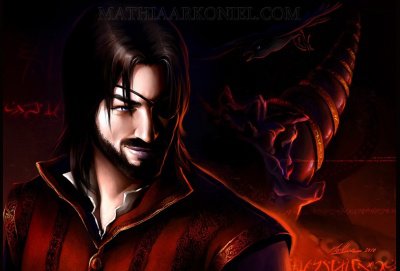 There are undoubtedly one or two other elements of the books that haven’t made it into Game of Thrones yet, but these are arguably the most interesting or game changing. For my money, the most likely addition to come is Dragonbinder, and the least likely is the extra Martell’s given how much everyone hates TV Dorne. Only around another nine months until we find out. I hope you have plenty of milk of the poppy to keep you happy until then!