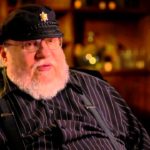 George R.R. Martin, the author behind the Game of Thrones books, says that he wanted to have a part and be killed off in the show’s depiction of the Red Wedding. The Red Wedding was one of Game of Thrones‘ most memorable and shocking moments. Fans of the books knew what was coming but for […]

Dynamite Entertainment releases George R.R. Martin’s A Clash of Kings #3 this Wednesday, and you can check out a preview of the issue here; take a look… In the aftermath of the regicide of Renly Baratheon, Catelyn Stark returns to her childhood home of Riverrun, where the widow is reunited with the bones of Lord […] 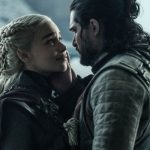 Emilia Clarke, who starred as Daenerys in Game of Thrones, thinks Jon Snow got away with murder. As you might recall, in the last season of Game of Thrones, Jon Snow assassinated Daenerys after she had scorched King’s Landing to ruins, murdering most of the city’s population. As a consequence of Snow taking out the […] 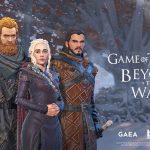 Dynamite Entertainment releases George R.R. Martin’s A Clash of Kings #2 this Wednesday, and we’ve got a preview for you here; check it out… Daenerys receives a dire warning while she basks in the comforts offered in the city of Qarth, while more than a thousand miles distant, Stannis makes his move on Ser Penrose […] 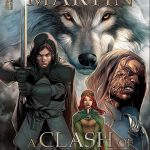 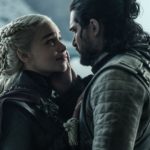 Game of Thrones’ final season received a huge amount of backlash for its rushed narrative structure over the last six episodes. However, creator George R.R. Martin has revealed the original plan was for the series to conclude with three films before HBO supposedly rejected the idea. In an interview with Welt (and translated by ComicBook), Martin […] 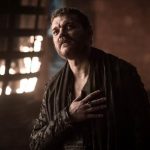 Despite the onslaught of backlash towards the final season of Game of Thrones, actor Pilou Asbæk, who portrayed Euron Greyjoy for several seasons, has praised how the show came to an end. During an interview with Entertainment Weekly at the 2020 SAG Awards, Asbæk claimed that he believes the ending to Game of Thrones was “perfect.” “When we […]

Last week was a pretty big week of news for Game of Thrones fans, with HBO announcing that it has decided not to move forward with its Naomi Watts-headlined spinoff, before granting a straight-to-series order to another spinoff, House of the Dragon. Game of Thrones veteran Miguel Sapochnik and Ryan Condal (Colony) will be serving […] 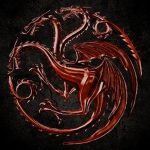 Having scrapped its planned for its Naomi Watts-headlined prequel, the pilot of which was shot this summer, HBO has announced that it has officially given the green light to another Game of Thrones spinoff, the recently-announced House Targaryen prequel series, which is going by the title of House of the Dragon. House of the Dragon […]