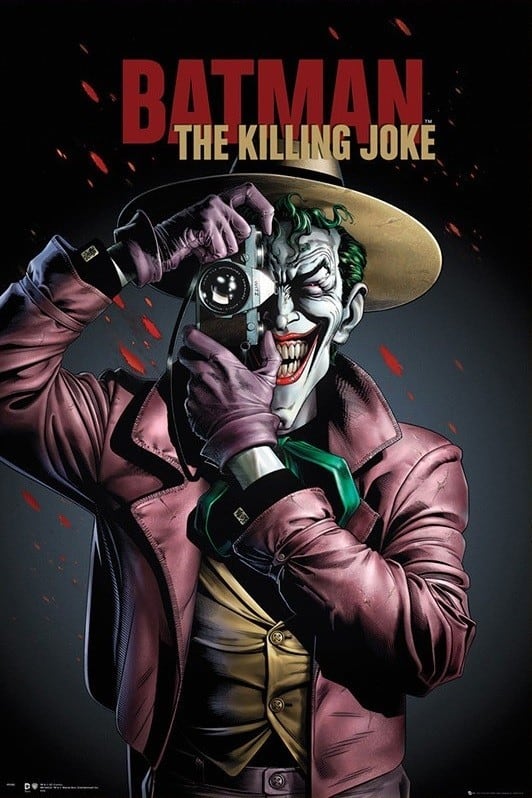 Based on the acclaimed graphic novel of the same name, Batman: The Killing Joke takes a journey into the dark psyche of the Clown Prince of Crime – from his humble beginnings as a struggling comedian to his fateful encounter with Batman that changes both of their lives forever. Years later, and now escaped from Arkham Asylum, The Joker devises a plan to prove that one bad day can make anyone as insane as he is – setting his sights on Commissioner Gordon. It’s up to the Dark Knight to put a stop to The Joker’s latest scheme and save one of Gotham City’s finest. Following a gripping prologue introducing Barbara Gordon’s heroic adventures alongside Batman as Batgirl, Batman: The Killing Joke stays true to the authentic tale that has held fans’ imaginations for nearly three decades – spotlighting the birth of a Super-Villain, the fortitude of a Super Hero and the punchline that will leave you speechless. 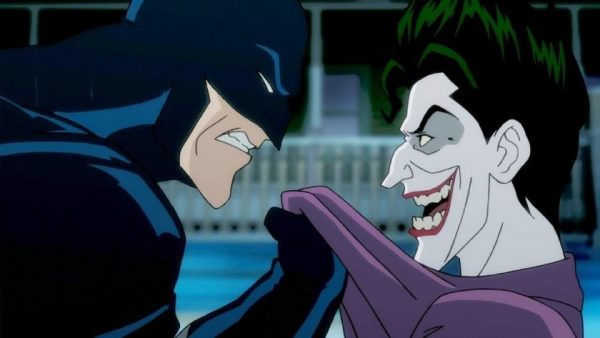 When it comes to adapting iconic and fan-favourite graphic novels or comic book storylines, expectations can be high, especially when it comes to such renowned characters like Batman and The Joker. Batman: The Killing Joke is undoubtedly one of the most famous and controversial graphic novels ever written, forever altering the status quo of Gotham City’s heroes.

The movie had a lot to live up to and with Batman and Joker voice veterans Kevin Conroy and Mark Hamill it certainly does entertain. That said, however, even they’re not enough to elevate this film to become something truly great.

A lot of the problem with The Killing Joke’s adaptation lies in the first portion of the film. The story itself was too short to turn into a full-length animated film, so writer Brian Azzarello and producer Bruce Timm decided to add an original story following Batgirl as the first act. Batgirl’s adventure started well, but petered off due to some bizarre choices with Batgirl’s characterization, specifically her sexual tension-filled relationship with Batman. While some writers have added a romantic element to their relationship in the past, namely in Batman Beyond, the way it was done here reduced Batgirl to a crimefighter seemingly defined by her infatuation with her mentor. 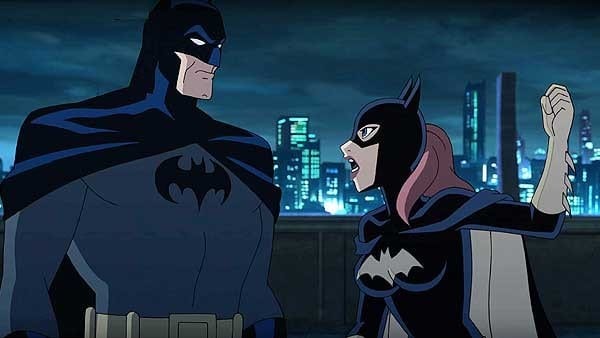 There was part of this story that did work thematically at least. Batgirl’s adventure led her to chase an out of control mobster who was growing increasingly obsessed with her. Batman tried impressing upon her the importance of not letting a criminal grow that obsessed, vaguely alluding to his relationship with Joker. It was a very important theme that set up the actual Killing Joke portion of the film, yet this served Batman’s arc more than it did Batgirl’s.

While she had some cool sequences, and Tara Strong once again performed her very well, Batgirl’s character ultimately didn’t get serviced very well at all. Nor does it serve Batman either as it somewhat turns his fight against Joker into a ‘you hurt my girlfriend’ type scenario.

The film picks up, though, once it gets to the actual adaptation of The Killing Joke. Much like the source material, it moves along at a brisk pace and doesn’t shy away from the book’s dark imagery. A couple added scenes build up Joker’s frightening reputation among the denizens of Gotham and furthers his attempt to drive Gordon insane, though there is one added scene between Batman and some prostitutes that gave me pause about Joker’s characterization, again making a bizarre choice stand out. 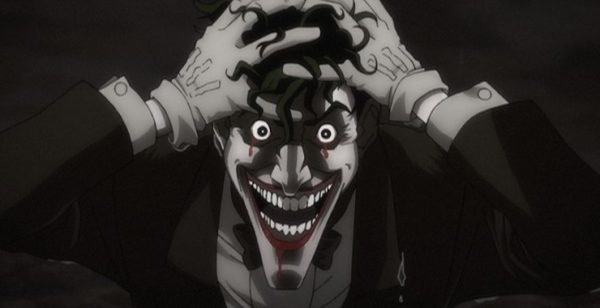 Mark Hamill and Kevin Conroy elevate the content they’re given and are the standouts of the film. Longtime fans of Hamill’s Joker – whether in Batman: The Animated Series or the Arkham video games – will be very pleased hearing him recite the famous passages of The Killing Joke. Timm and director Sam Liu even managed to bring to life the book’s musical number in a creepy manner, making it one of the film’s highlights and Hamill sells the scene very well. He also gives a very distinctive performance as Joker in the flashbacks, painting the villain in a very sympathetic and tragic light.

Conroy similarly delivers a great performance as Batman, even in the first half of the film. Along with being his usual badass self, Conroy also gives a nuanced and emotional performance throughout the film, particularly in his interactions with The Joker. All his rage, despair and sympathy shine through and the final moment is something many fans will surely love.

As for the animation, it is very reminiscent of Brian Bolland’s artwork and while the colours are not as vibrant as in the original edition of The Killing Joke, they are what Bolland originally envisioned (as seen in the re-coloured Batman: The Killing Joke Deluxe Edition). In some spots, however, the animation didn’t look quite as smooth, making character movements stiff and a little awkward. The few fight scenes were choreographed well, but not exactly memorable either. Overall though, the film looked good, but not great. 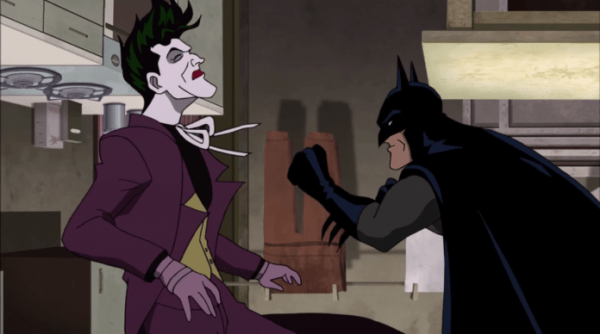 Once you get to the actual Killing Joke portion of the film it picks up, but that first half with Batgirl is problematic due to her poor characterization and how clichéd her arc is. Even Batman and Joker are given some questionable choices with their characterizations that are enough to make one wonder why they were added at all. Conroy and Hamill elevate the film and arguably give career best performances, but even they can’t quite help this adaptation from rising above average.