SNYOPSIS:
Herbert Blount aspires to replace the real director of a movie and make it his own by capturing the lead actress and inflicting much horror upon her in his version.

Right, so here’s the pitch. Knocked Off is a crowd funded police thriller starring Missi Pyle, Harry Hamlin and Hayes MacArthur and directed by Adam Rifkin and is about a killer who mimics other killers from the past and these cops are trying to work out who did it. Director’s Cut, the film this reviewer is trying to explain and the film you’re actually watching, is the alternative cut made by one of its backers; a mild mannered man named Herbert Blount, played by Penn Jillette, who thinks of himself as a filmmaker and a better director than Rifkin and was upset at the final product. But it’s not just his alternative cut we’re watching – with more added Missi Pyle – its comes with director’s commentary featuring Blount explaining his edit and why it is the way it is. Still with us? Tremendous.

Director’s Cut was a actually crowdfunded project, but the film only rarely uses that as a cheap gag despite it being part of its set-up. Penn’s Herbert often notes that he has certain privileges while on set and how being an “executive producer” on the movie makes him a bigger fan than anyone else. In the opening scenes Herbert points out all of the backers who purchased walk on roles, and there’s a sequence later on where backers practice the lines they get handed out for a scene that would eventually be cut.

But unlike some other films that would chose to parody crowdsourced movies, this is the movie’s only gag. Director’s Cut is rife with humour, both visual and audio. Jillette’s commentary on the film is outstanding, and made only better by his inane thoughts on how films should be put together in general or pointing out continuity gaffs. He feels like a YouTuber passing comment on a film even though they’ve never worked on one in their whole lives. It’s an inspired script. Knocked Off feels like a real film, even though clearly a parody of cop thrillers, and so Herbet’s alternative version with commentary feels genuine. A lot of films claim to be clever, but Director’s Cut really is.

And the star of this show is Jillette’s Herbert. His infatuation with Missi Pyle at the start is a little forced and on the nose, but it really plays out as the film rolls on and it pays off in spades in the final act. Without giving away any spoilers, this is where Director’s Cut comes into its own. Herbert’s cut never feels manufactured to appease the plot progression. Every choice, every cut, every line of dialogue feels like its from his interpretation of the movie. There’s no extraneous scenes to tie together lose ends that may presented from this style of filmmaking. This may mean that sometimes the audience has to fill in the blanks, but that’s where the commentary comes in. It’s just so brilliant and inspired.

Enough good words cannot be said about Director’s Cut. It might not be too everyone’s sensibilities, but if you can get into Herbert as a character and you’ve seen enough fan-edits to appreciate the finer details of Rifkin’s work as a director, you’ll get a huge kick out of it. Penn Jillette is an incredible talent, both behind and in front of the camera and the rest of the cast are just as good. Every joke lands, even the ones that aren’t about Hollywood or crowd funded movies. Director’s Cut is an incredible joy, and wickedly hilarious.

Luke Owen is the Deputy Editor of Flickering Myth and the co-host of The Flickering Myth Podcast and Scooperhero News. You can follow him on Twitter @ThisisLukeOwen and read his weekly feature The Week in Star Wars. 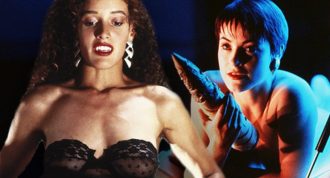