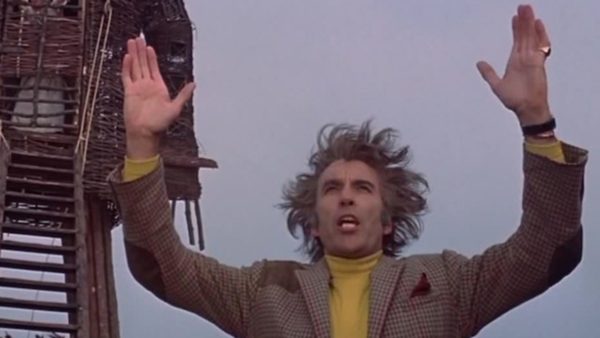 Police Sergeant Howie arrives on the small Scottish island of Summerisle to investigate the alleged disappearance of a 12-year-old girl. However, despite Howie’s inquiries, it seems that either no one on the island knows that the girl exists, or that they claim that she has been dead for some time. As Howie continues his investigation, the devoutly Christian copper is continually appalled by the islanders practising of Pagan traditions, all of which seem to be building up to a ceremony in which a sacrifice is needed to bring renewed vitality to the islands fruit harvest. 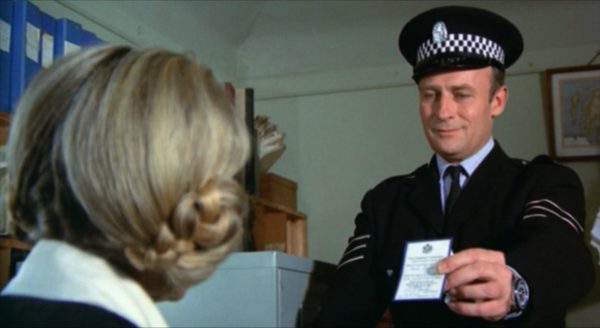 The Wicker Man is often held up as a classic of British horror cinema, specifically a subgenre that writer/actor and horror fan Mark Gatiss dubbed “folk horror”, in which we find that supposedly quaint and tight-knit rural communities hide a much darker side to them beneath their friendly warm exteriors, with a heavy influence of local folklore and history.

The acting is excellent, especially from Edward Woodward as Sergeant Howie. Woodward portrays Howie as a commanding, somewhat forceful presence, seemingly used to having people follow his every command, stomping around town demanding answers and thinking himself morally superior to the Pagan islanders, constantly condemning them as “heathens” for their refusal to follow Christian belief that he follows so faithfully.

While he may come off as self-righteous ignoramus at times, Woodward still makes the character sympathetic- especially as it soon becomes clear the whole island is against him in his quest to find the missing girl. Also, doesn’t hurt that Woodward does a pretty decent Scottish accent for an Englishmen. 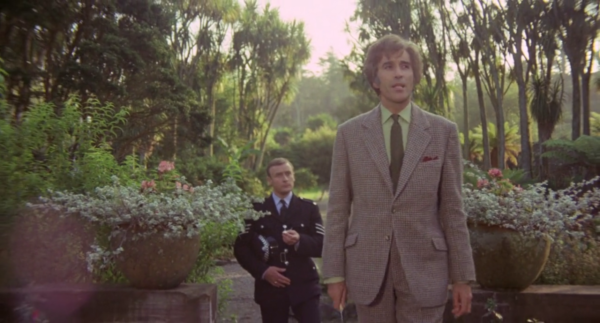 The Christian sense of duty and heroism is perfectly contrasted with the Pagan Lord Summerisle, played by Christopher Lee in a role written specifically for him, performed with great relish by Lee, who clearly overjoyed to cast off his Hammer horror roots from which he had made his name.

Arguably an even more commanding performance than his co-star, Lee appears courteous and welcoming, yet you can shake the feeling there is something “off” about him. A feeling that this gentlemanly courteousness is merely a mask to wear over something much more evil individual, one who is just eyeing you up to see if you might fit in the wicker man.

The strongest scene in the film is easily the one in which Howie and Summerisle first meet, with their philosophical and spiritual beliefs clashing, in a sequence that truly allows the actors, especially Lee, to shine. 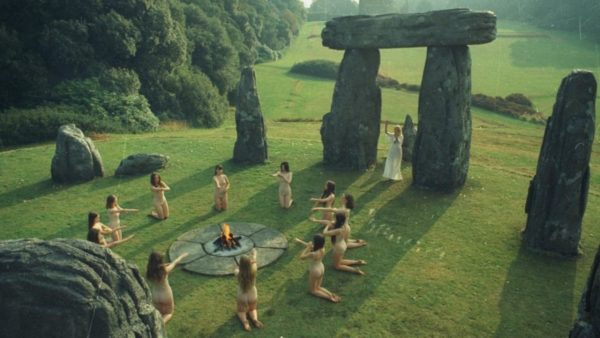 Easily the best moment in their debate comes when Summerisle brilliantly cuts down Howie’s condemnation at the islander’s rejection of what he views as the “True God”, with Summerisle saying of the Christian god, in a brilliantly written and acted line; “He’s dead, can’t complain. He had his chance and in modern parlance, blew it”.

I’ll admit off the bat that this film is not all that scary, but it certainly does make you feel very uneasy.

When Howie first arrives on the island he is greeted by locals, who despite being welcoming and friendly, feel slightly “off”, and that’s how everything feels in the film. Everything just feels slightly “off”, like everything looks all nice and welcoming, but you just can’t shake the feeling is something more sinister just lurking around the corner.

While the film is not exactly a scream fest, it certainly makes up for it by being bloody weird. A huge cavalcade of crazy comes in the final act as Howie stomps around the island looking for the missing girl, with the streets choked full of oddballs in masks, children falling out of cupboards and Howie chasing after a man dressed as a dragon. 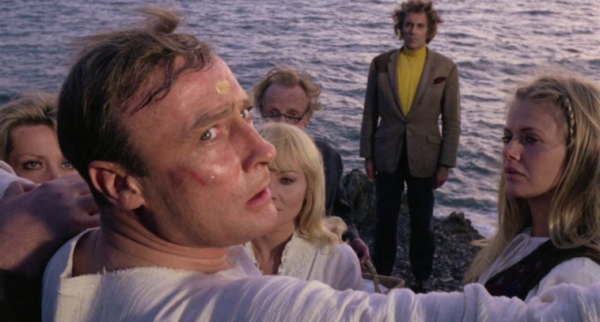 Not only is this film an unsettling showcase of various crazy’s and their crazy ways, but we also get a veritable set list of bizarre and catchy songs. Seriously, the argument could be made that this is the best horror musical ever made, a sentiment that is bound to annoy all fans of Rocky Horror.

We have the pissed up locals in the pub singing joyous ballads about sleeping with the landlord’s daughter, while she happily dances along to it. We have smiling children and their very enthusiastic teacher singing about Maypoles which symbolise penises and virility.

Arguably the most famous, and probably best song is “Willow’s Song” in which the aforementioned and naked landlord’s daughter Willow (played by future Bond girl Britt Ekland) attempts to seduce Howie into joining her in bed, with the Christian copper fighting with all his might to resist the temptation. 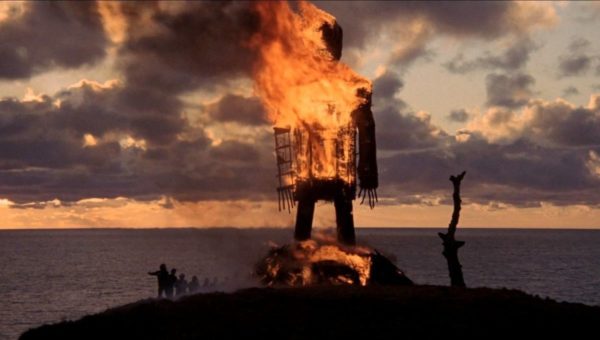 The Wicker Man is a very peculiar slice of British horror; while its bizarre presentation might make people laugh – I admittedly found parts of the film really funny – you can’t deny that the film has deeply unsettling quality to it. That kind of uneasiness that you feel in your bones, but you can’t quite get a full grip on it. The now iconic ending is when all silliness flies out the window as the terrifying title character makes its appearance for use in a truly horrific finale.

The Wicker Man might not be for everyone, but with a deeply unsettling and darkly humorous tone, and two outstanding performances from Edward Woodward and Christopher Lee ,you would be foolish to skip over this one.

Check it out and while you’re at it watch the horrendous 2006 remake with Nicolas Cage for a prime example of Hollywood completely missing the point of the original film, and in the process creating one of the most accidentally funny films ever made.