Adam West may have passed away back in June, but we do still have out final outing of his Caped Crusader to look forward to in Warner Bros.’ animated feature Batman vs. Two-Face, and thanks to Best Buy we now know that the movie is set for release on Blu-ray on Tuesday, October 17th. Expect the Digital HD release late September / early October. Check out the cover artwork here… 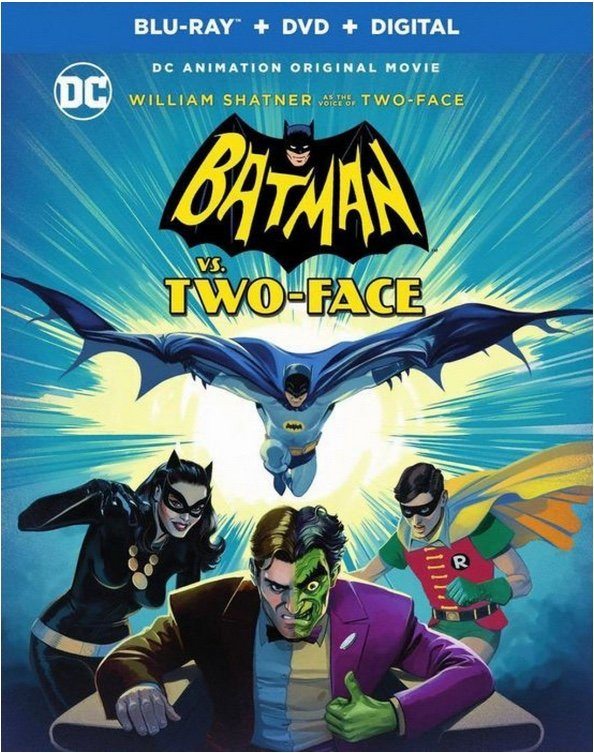 As the sequel to the 2016 hit animated film Batman: Return of the Caped Crusaders, the all-new Batman vs. Two-Face finds Batman and Robin back in classic 1960s action, protecting Gotham City from some of the most nefarious villains in comics history. But when the mutilated master of multiplicity, Two-Face, begins staging a daring crime wave across Gotham, the Caped Crusaders must work double-time to discover his mysterious secret identity before they can halt his evil-doing – all the while combating the likes of Catwoman, Joker, Riddler, Penguin, Bookworm, Hugo Strange and King Tut!