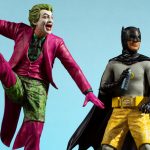 Sideshow and Iron Studios have revealed the 1:10 scale Batman and The Joker deluxe statues which are based on the appearance of Adam West as the Caped Crusader and Cesar Romero as the Clown Prince of Crime in the episode ‘Surf’s Up! Joker’s Under! from the classic 1960s Batman TV series. The collectibles are available […] 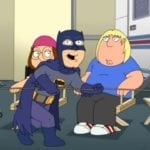 Family Guy showrunners Rich Appel and Alec Sulkin have revealed to Deadline that the animated show is set to pay tribute to Quahog’s Mayor – the late, great Adam West – with a special tribute episode set to air during the upcoming seventeenth season. “We’re going to have a big episode which says a proper farewell […] 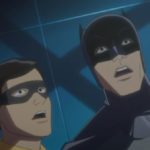 Tomorrow sees the UK release of Batman vs. Two-Face, which – following the sad passing of Adam West earlier this year – marks the final collaboration between West and Burt Ward’s Dynamic Duo. Ahead of the film’s release, Flickering Myth’s Shaun Munro got the chance to speak to Burt Ward, during which he reflected on […] 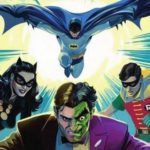 Warner Bros. Home Entertainment has released the official trailer for Batman vs. Two-Face, the follow-up to last year’s Batman: Return of the Caped Crusaders animated movie, which features the final performance of Adam West as the Bright Night, alongside Burt Ward as Robin, Julie Newmar as Catwoman and William Shatner as Harvey Dent/Two-Face; check it […]

Adam West may have passed away back in June, but we do still have out final outing of his Caped Crusader to look forward to in Warner Bros.’ animated feature Batman vs. Two-Face, and thanks to Best Buy we now know that the movie is set for release on Blu-ray on Tuesday, October 17th. Expect […]

Following the passing of Batman star Adam West last month, Fox and Family Guy have paid tribute to the beloved actor with a nine-minute highlight reel of his best scenes from the animated sitcom, where he voiced the character of Mayor Adam West in over 100 episodes. Check it out here… The sixteenth season of […]

During an interview with Entertainment Weekly, Family Guy executive producer Steve Callaghan has been discussing last month’s passing of Adam West, during which he revealed that the actor had already recorded his lines as Mayor Adam West for five more episodes of the animated comedy series prior to his death, and they will air this […]

In tribute to Adam West, who passed away last weekend, DC Entertainment has released an unaired episode from the cancelled DC sitcom Powerless, titled ‘Win, Luthor, Draw’ featuring the Batman icon in a special guest role. “Adam West, Batman to a generation of TV fans, passed away last week,” reads the statement from DC. “One of […]

Following last weekend’s rather sad news about the passing of Adam West, io9 is reporting that we have one final appearance from the Bright Night to look forward to, with Warner Bros. confirming that the Batman TV star had completed his voice work on the animated movie Batman vs. Two-Face prior to his passing. The sequel […]

Luke Owen with some thoughts about Batman ’66… Following the tragic passing of Adam West over the weekend I’ve been thinking a lot about Batman ’66, the TV show that entertained millions of children at the tail-end of the swingin’ sixties. Like many, it was my introduction to the character, and it genuinely might be […]