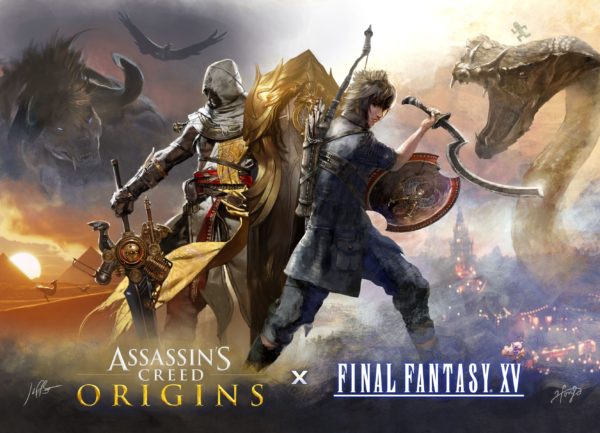 As reported today on Ubiblog: ‘The Assassin’s Festival will have some additional themed items and features, including another outfit from Assassin’s Creed, along with abilities that enable Noctis to explore more like an Assassin and even use some of the Assassins’ more well-known abilities.’

They have also called upon you, the fans, to use your eagle vision and see if you can spot hidden Easter Eggs within the Assassin’s Creed Origins E3 announcement trailer and the Gamescom cinematic trailer, which subtly signalled the impending crossover.

“This collaboration is the result of being huge fans,” says Ismail, game director at Ubisoft Montreal. “There’s a lot of respect between the two teams and we couldn’t be more thrilled with the opportunity to pay homage to each other’s work.”

Assassin’s Creed Origins is scheduled for release on PS4, Xbox One, and PC on October the 27th. It will also be available at the launch of Xbox One X on November the 7th.