Historical warfare MMO developers Wargaming have announced the release of update 0.6.8 for World of Warships.  This latest update introduces the eagerly anticipated British Battleship branch to the seas.  The lovely Dasha Perova sports her Majesty’s colours in a new video which you can watch below… 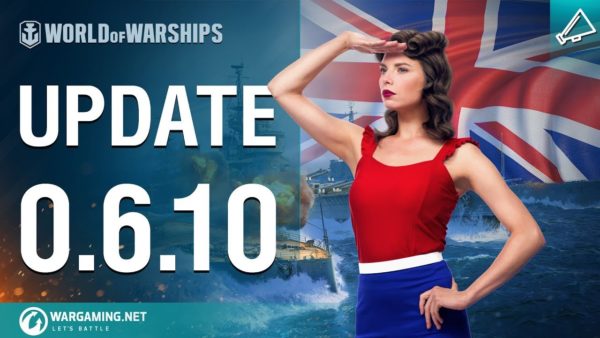 Tier III-VI have thick hulls and can absorb punishment whilst the tier VII-X ships add an improved concealment to the qualities to make them effective when lining up for a perfect salvo.

These new British ships are masters of midrange marksmanship and have access to an improved Repair Party consumable which restores even more HP after taking damage from shell hits this means you can recover and get back to action faster than your enemy may expect.  The ships also have HE shells with increased damage and armour penetration.

As well as the new ships the update provides improvements to the graphics with dynamic lighting for maps, external views of the ships and water lighting, improvements to sound such as amplifying fire alarms and explosions depending on how close you are to them and a new system for aircraft sounds and the new War Drums music mode.

Other improvements, changes in this update include:

So hoist the Union Jack and get ready for the jolly Jack Tars of the British Battleships branch coming on the 31st August.